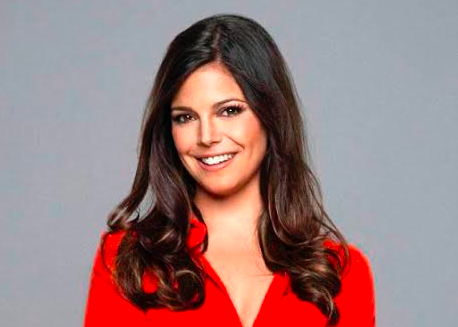 For a channel getting dwarfed in the ratings by ESPN, Eric Shanks, Jamie Horowitz and co. at FS1 sure are making a lot of noise.  The most recent news has been about Speak For Yourself, a show so fitting of Horowitz that it will be hosted by Embrace Debate “celebrities” Jason Whitlock and Colin Cowherd, along with The Big Lead’s Jason McIntyre.  The network is also going to sign sexagenarian talking head and LeBron James cramp truther Skip Bayless to pontificate about who knows what.  Everyone who covers sports media has read between the lines to agree on one thing: Jamie Horowitz is trying to create Embrace Debate 2.0 at FS1.

While the jury is out regarding Horowitz’s success in this venture, he has already been successful in another part of the day: late night.  Highlighted by Fox Sports Live with Jay and Dan and Garbage Time, FS1 is making sports comedy work.  Though the shows do not perform well in traditional ratings, they are having success in other ways.  Aside from being inexpensive to produce, these shows have utilized social media and podcasting to create an entertaining experience across multiple formats.

Fox Sports Live, while no longer airing live nor acting as a highlight show, finally seems to have found its niche.  Jay Onrait and Dan O’Toole lampoon literally everything from Horowitz’s Embrace Debate to late-night comedy shows to traditional highlight shows.  They poke fun at the lighthearted stories in sports and while there is a short nightly highlight segment called #JADSSOTAAIS (Jay and Dan’s Selected Summation of Today’s Achievements in Sports), it is by no means the focus of the show.

I interviewed Onrait in March and he explained why the segment still exists even as highlights are no longer the show’s focus.  “We like to still do a few highlights,”  Onrait said.  “I know there is a lot of talk in our industry about the highlight show going away, but we’re old school, we love to show a few highlights and still feel like there are people out there who still like to watch sports highlights on TV on occasion, so we’re happy to provide that service to those that enjoy it.”  The show also includes a nightly interview, which is usually with an athlete or Fox Sports colleague.

While Fox Sports Live 3.0 is a funny half hour, it has a reach much greater than its 22 minutes and ads.  The @FoxSportsLive Twitter account has 223,000 followers and regularly tweets out photos, GIFs, segment previews, and even videos of some full segments.  These tweets resonate with followers better than simple text because they are interacting with more senses.  While this is nothing compared to the 28.5 million accounts that follow @SportsCenter, it is still good for one of the top 20,000 accounts on the social network.

Before each show, there are plenty of posts on the Fox Sports Live snapchat account, previewing that night’s show.  Afterward, the nightly show is podcasted.  The audio-only version of the show also includes a short intro and outro that the hosts record themselves, a nice added touch for people who cannot (Canadians) or do not watch the show on TV.  The nightly podcast is separate from Onrait and O’Toole’s weekly Jay and Dan Podcast, though it, too, is very popular in Canada. 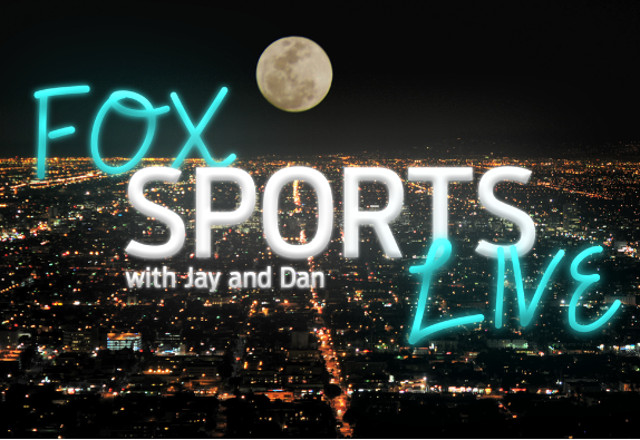 But where Fox Sports Live’s social media penetration has gone farther than any other show in sports media is in the show’s closing highlight.  FS Live 1.0 (not the weird roundtable version…we don’t talk about that) and 2.0, as highlight shows, had a nightly Top 10 Plays segment.  It was capped off by “The 1,” which was integrated with the FS1 channel logo.  The current iteration of the show eschewed ten plays for just “The 1” until a few weeks ago, when they decided a name change was in order.  Twitter users voted on finalists with “The Greg” coming out on top. That name has been used for the top play in every show since.  Needless to say, SportsCenter does not give its audience this much power.

While Fox Sports Live is FS1’s nightly sports comedy success, Garbage Time is the channel’s shining star in terms of studio programming.  The weekly show has made waves and even earned an Emmy for “Outstanding Social TV Experience.”

Coming from short-form online videos, Garbage Time host Katie Nolan knows the power of the web.  Her most recent episode garnered 60,000 viewers on TV, with nearly half of those in the coveted 18-49 demographic.  None of this includes next day viewing online.  Every segment from Garbage Time is posted to FoxSports.com and YouTube the following day.  Most of these videos are in the few thousands of views, though some have gone viral.  On Nolan’s YouTube page, there are ten videos with at least 100,000 views, led by her video calling Greg Hardy a “garbage human,” which has been seen nearly half a million times.  She also has 223,000 Twitter followers and 63,000 followers on Instagram.

The people who watch Nolan’s show are a group that epitomizes modernity and have gone to social media in droves to support her show.  For example, when she wanted to buy a bench in Central Park honoring David Ortiz, her fans didn’t scoff at the $10,000 price tag.  They not only got the bench funded in one day, they crashed the website, showing the devotion of her fan base, regardless of its supposed small size.

Now for the hard truth: no matter how well Fox Sports Live or Garbage Time perform for FS1, their ratings will not be able to compete with ESPN.  That means lower ad revenues, and that ultimately led to a shift in direction at FS1.  The channel laid off its news team and turned its premier highlight show into a half-hour of sports comedy.  Richard Deitsch talked about this on a recent podcast and mentioned that it is significantly cheaper to have this show compared to the old Fox Sports Live.  When considering the new show’s ratings are about the same as the old one’s, that the show is only half an hour and that the studio is a fraction of the size, there is no doubt that this show is much more fiscally sensible for the young network.

On the other hand, Garbage Time has always been the little show that could.  After Crowd Goes Wild was canceled, Nolan started hosting an online video series for Fox Sports called No Filter.  Eventually, as these videos picked up steam, they gave birth to Garbage Time, which is taped from a studio the size of a closet, a space the show shares with Men in Blazers.  Nolan has joked about not getting a raise for the newest season of the show, and no matter if this is true or not, her show is obviously inexpensive to produce.

Nolan recently expressed her desire to expand Garbage Time to five nights a week, and possibly competing against the SportsCenter behemoth.  That did not sit well with O’Toole, who took her comments as a direct personal shot.  Onrait does not share his cohost’s beliefs.  “I don’t feel like Garbage Time at all,” Onrait said in the March interview.  “Katie does monologue jokes off the top, we don’t do that at all.  Katie does a lot of field pieces, we don’t do that at all.  I feel like the shows are completely different, to be perfectly honest with you.”

If Garbage Time was to evolve into a nightly experience, it could act as the Colbert Report to FS Live’s Daily Show, airing back-to-back at 11 and 11:30 ET.  The shows can have some overlap, but their approaches could remain independent.  As it stands, Onrait and O’Toole take a funny approach to results and news, with a humorous talk show style interview each night.  Nolan, on the other hand, humanizes athletes through games, sketches and monologues.  She also has plenty of non-sports guests on her show, including Jon Taffer, Katie Rich and Dan Soder.

The biggest questions here should not be whether or not Fox Sports Live and Garbage Time can coexist on a nightly basis. Would the quality of Nolan’s show suffer significantly if her team has to produce five shows per week instead of one?  Also, would enough people watch Garbage Time on a nightly bases to make it a legitimate option against all of the network late-night shows?  Those shows will always have larger ratings, larger budgets and bigger-name guests, but if Nolan can carve out a niche, her show can survive.

While FS1 is not currently the ESPN alternative it set out to become, it has debuted two new approaches to studio programming.  Only time will tell if Embrace Debate 2.0 will be successful, but FS1’s new approach to late night has been different enough to deserve a chance to succeed.  The channel has put together a pair of sports comedy shows utilizing nontraditional media in ways that give the fledgling network some legs.  Though ratings have been bleak, these two shows have been successful in other regards.  In the end, Garbage Time and Fox Sports Live with Jay and Dan are two shows that, in conjunction, set FS1 apart against ESPN, ESPN2 and all of the other talking heads in sports media.