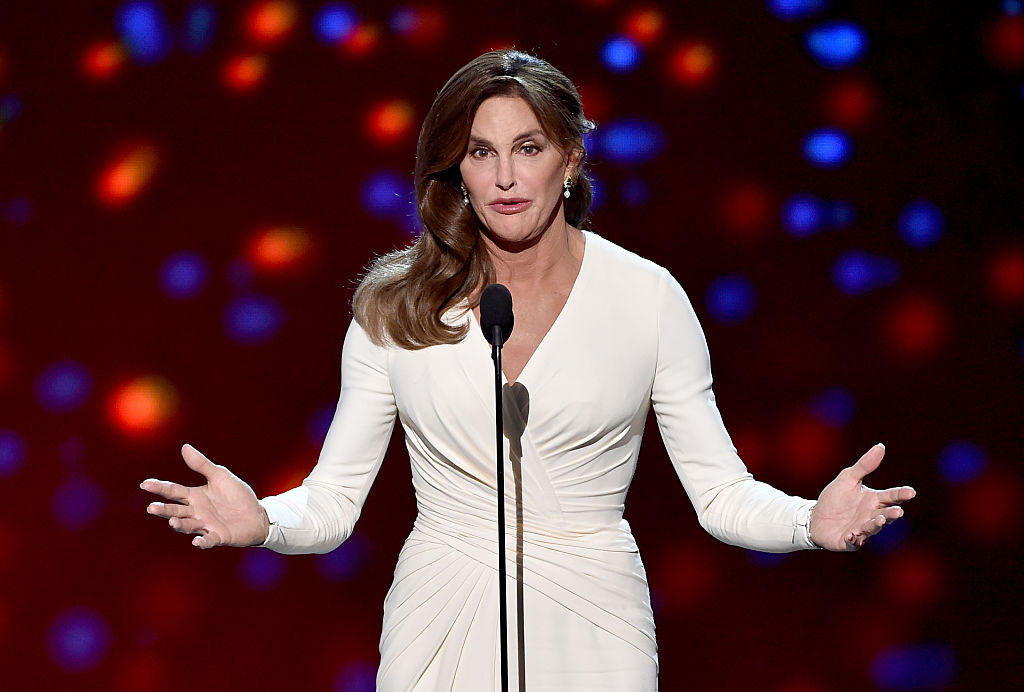 According to a report from US Weekly, Caitlyn Jenner “will appear on a summer cover of Sports Illustrated wearing “nothing but an American flag and her Olympic medal.” There’s been no confirmation or denial from SI as of yet as multiple organizations including Awful Announcing have reached out seeking comment. This would certainly be an interesting choice, though, and one that would provoke a lot of comment and debate. SI is known for its frequent portrayals of nude female sports stars, including Ronda Rousey, Lindsey Vonn, and Caroline Wozniacki in this year’s Swimsuit Edition, but showcasing a 66-year-old trans athlete like Jenner (who won gold in decathlon in the 1976 Olympics as Bruce Jenner) that way is something very different from what they’ve usually done. The US Weekly piece says it will be one of the first times Jenner has displayed her gold medal, too:

The 66-year-old I Am Cait star (formerly known as Bruce) set a world decathlon record at the 1976 Montreal Summer Games. To celebrate the 40th anniversary of her win, she’ll pose with her gold medal for the first time post-transition, adds the source: “She’s excited about that.” (Her ex-wife Kris appeared topless with a medal during a 2007 photo shoot on Keeping Up With the Kardashians.)

Until now, Jenner says, she had stashed her “most prized possession” at the bottom of her makeup drawer.

“I never wanted my kids to feel like they had to have a gold medal in order to be considered a success,” the father of Kylie, 18, Kendall, 20, Brody, 32, Brandon, 34, Casey, 35, and Burt, 37, wrote in an August 2015 blog post. “I didn’t want them to constantly compare their own achievements to my time in the Olympics, so I haven’t displayed my medal.”

If this story is in fact true, there’s likely to be plenty of backlash to it, especially considering how many people were up in arms when ESPN gave Jenner the Arthur Ashe Courage Award at last year’s ESPYs. That backlash continues to linger for ESPN especially in light of the firing of Curt Schilling as social conservatives have feverishly vocalized their belief that ESPN and Disney have a liberal political agenda.  So many people were mad that the ESPY producers had to give a long interview about why they made that call (ironically enough, to SI’s Richard Deitsch) which is is somewhat silly, considering that there’s no such thing as the sanctity of the ESPYs. Jenner’s award even garnered an entire South Park episode. Mike Francesa shared these thoughts below on the report questioning why the cover had to be a nude and essentially likening the rumored cover to be a publicity tactic.

Anything Jenner does seems to be an incendiary topic, and posing nude with a flag and a gold medal would likely be on a whole different playing field in terms of the responses it might produce. The timing is interesting too, considering how the wave of anti-trans bathroom legislation in several states is being condemned by the Justice Department and has already had impacts on sports and sports commentators. We’ll see if this comes to pass, but if it does, it’s certainly going to get SI plenty of attention.