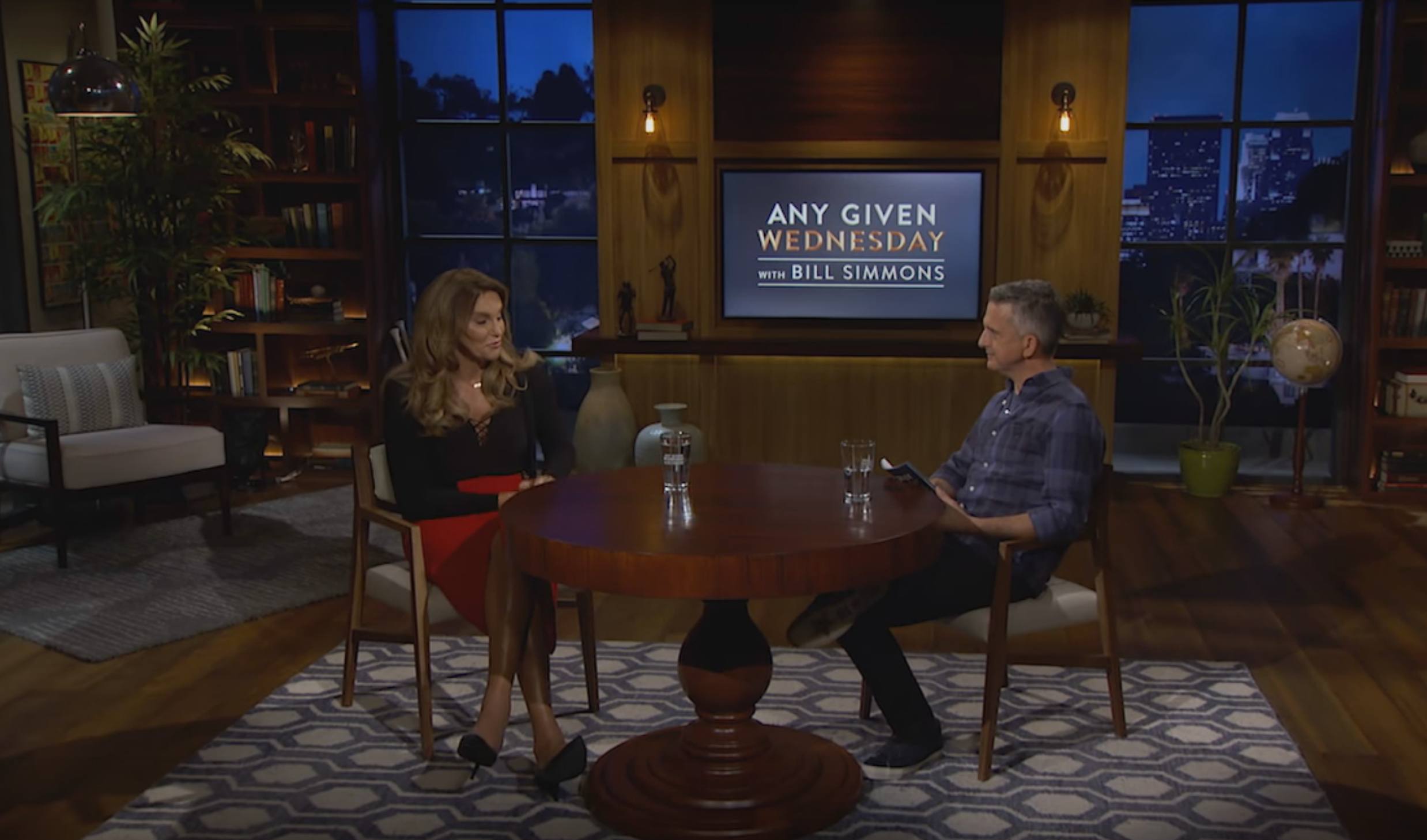 Since coming out as transgender last year, Caitlyn Jenner has spoken a lot about her political views, which align with the small-government rhetoric of the Republican Party. To people who think of Jenner first and foremost as a trans woman, it seems surprising she would identify with a party that has historically been hostile to the LGBT community.

But in an interview with Bill Simmons on HBO’s Any Given Wednesday, Jenner reiterated her support for the GOP and explained that her role as a trans Republican is to “help the entire Republican Party do a better job when it comes to LBGT issues.”

Jenner resisted endorsing Donald Trump and said she has “not outwardly supported anyone” for president. Here’s the clip:

Jenner’s position is reminiscent of the West Wing episode where Josh Lyman hostilely asks a gay Republican friend how he can affiliate with a party that doesn’t respect his sexual orientation, to which his friend responds that being gay is only one part of his identity and he can support other GOP causes without endorsing the party’s views on LGBT rights. Basically, just because Jenner is trans doesn’t mean she can’t support small-government conservatism.

Meanwhile, we’ve been harsh on Bill Simmons and Any Given Wednesday lately — mocking the show’s rating, criticizing its format and suggesting Simmons drop his Boston schtick — but this is a tasteful and well-done interview with a relevant national figure in which he lets the guest do the talking and hits all the important subjects. And no mention of Deflategate!

Aside from the questions about Jenner’s politics, Simmons gets the former Olympian to talk about her family, including step-daughter Kim Kardashian’s husband Kanye West, for whom Jenner expresses great affection for. But while Jenner is quite fond of Kanye the person, she is apparently not into Kanye the rapper. Not only does Jenner say Kanye is, “not my kind of music,” she also admits she cannot name a single Kanye song. That, plus the story of how Jenner got involved in Kanye’s “Famous” video, is in this segment right here:

Props to Jenner on a number of thoughtful answers and to Simmons for asking the right questions to prompt them.