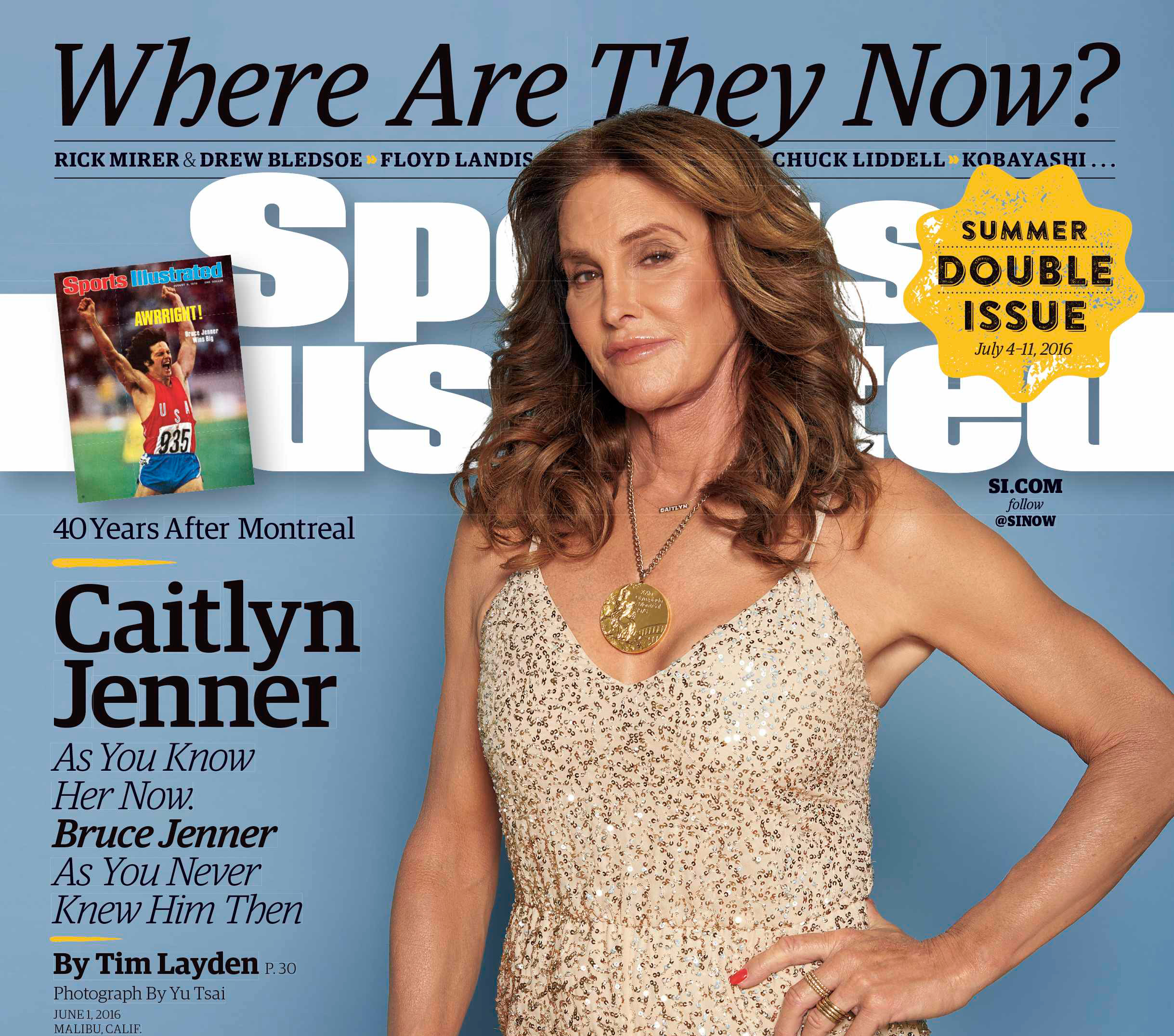 An in-depth look back at a famous Olympic gold medal 40 years later would probably be interesting under most circumstances, but it’s particularly notable when the medal in question is the 1976 decathlon gold, won by Caitlyn Jenner back when she still identified as Bruce. Jenner became one of the world’s most famous athletes, and certainly one of its most famous track and field stars, long before involvement with the Kardashians, and since announcing her identity as a trans woman in April 2015, she’s become even more well-known. That made her a logical choice for the cover of Sports Illustrated‘s annual “Where Are They Now?” issue.

The issue features a compelling feature story from SI senior editor Tim Layden about Jenner’s past and present, as well as trans issues in America (such as the reported rate of 46 per cent of trans people attempting suicide). Interestingly enough, too, SI also chose this story to demonstrate some of the enhanced multi-platform coverage and cohesion new group editor Chris Stone talked about earlier this month, unveiling a 23-minute SI Films exclusive on Jenner as well:

The film is solid and impressive, and the story is an excellent examination of the two very different but still connected parts of Jenner’s life, discussing the remarkable athletic achievement the 1976 decathlon was, how decathlon training was “the perfect distraction” from struggles with gender identity, and how her transition has been a valuable, but sometimes imperfect and frequently criticized, symbol for other transgender people. One particularly interesting comment is how Jenner feels now about her past as Bruce:

“I loved Bruce… I still love him today. I like what he did and the way he set an example for hard work and dedication. I’m proud of that part of my life. But this woman was living inside me, all my life, and it reached the point where I had to let her live and put Bruce inside. And I am happier, these last 12 months, than I’ve ever been in my life.”

SI will undoubtedly take some criticism for focusing on a controversial subject like Jenner to this extent, but the long-running “Where Are They Now” issue seems like the perfect forum for this, allowing Layden to explore both Jenner’s past and present (both of which have significance in the sports world) and the strands that connect them. The article and the film are done in a sensitive and nuanced manner, too, and certainly one that should draw less blowback than the initial US Weekly report that Jenner was going to pose nude for SI. That report was right that Jenner elected to “pose with her gold medal for the first time post-transition,” but the nude element of that report was bogus. Instead, Jenner told SI she elected to don the medal to help spotlight trans issues:

“It’s a picture that brings attention to this issue. That’s the important thing. That’s why I wore the medal.”