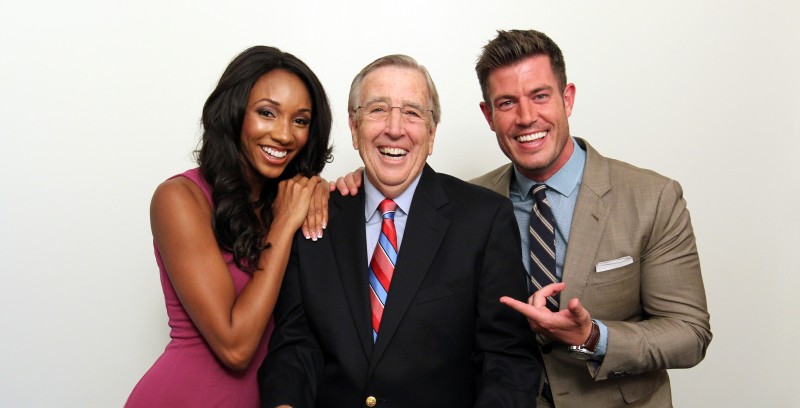 I hope you cherish watching Brent Musburger call the Clemson-Auburn game this weekend on ESPN, because unless you’re an SEC die-hard, it’s probably the last you’ll see of him in 2016.

That’s because after Week 1, Musburger will be exiled to the SEC Network for the third straight year. Over the last two years there, Musburger has been assigned such gems as Sam Houston State vs LSU, New Mexico State vs. Florida, Louisiana Tech vs. Auburn, UT Martin vs. Mississippi State, and Western Carolina vs. Alabama.

I’m not going to argue that Musburger should still be calling ABC’s “Saturday Night Football” game with Kirk Herbstreit. There’s no doubt that Father Time has started catching up to the 77-year old.

Musburger’s had his fair share of embarrassing flubs in recent years, and things looked bleak in 2014 when he introduced himself as Herbstreit before the 2014 BCS National Championship Game, mixed up Fran Tarkenton and Jerry Tarkanian weeks later and stumbled out of the gate with the SEC Network.

Furthermore, when Chris Fowler’s contract expired that year and Fowler made it known he wanted to do play-by-play, ESPN wasn’t going to let one of the most respected names in the industry — who also happens to be two decades younger than Musburger — walk out the door for another network.

But the idea of most fans once again hearing Musburger just once or twice over the course of a college football season is just sad.

Not only do I miss his voice calling big games, Musburger in the twilight of his career is still better than most announcers in their primes.

Those embarrassing moments aside, Musburger did an excellent job calling last season’s Iron Bowl and Rose Bowl, and had the single greatest call of the 2015-16 college basketball season after a ridiculous dunk by Kansas guard Wayne Selden in the Big 12 Tournament:

“Oh, mercy! Oh, he gave him a facial! Oh baby! Shave and a haircut! You gotta be kiddin’ me! Oh! Save the women and children! Holy mackerel!”

So when it was announced this offseason that Sean McDonough and Brad Nessler were both leaving ESPN’s college football coverage, I desperately hoped Musburger would be moved back to The Mothership to call noon or 3:30 PM games on ABC/ESPN.

But instead, ESPN went with two very odd choices to fill the vacant slots: Steve Levy, a lifelong hockey guy, and Allen Bestwick, a career NASCAR analyst. Judging by his season debut for the Cal-Hawaii game, Bestwick still has a long way to go as a college football play-by-play man (granted, he called the game from a different continent).

Furthermore, Musburger’s gaffes in 2014 are no worse than those of his colleagues still calling games on ABC and ESPN. Mike Patrick has regressed so much as an announcer from his “Sunday Night Football” days that he is mistaking simple touchdowns for interceptions while Beth Mowins’ egregious mistakes include repeatedly calling Michigan State “Michigan” and mistaking Iowa head coach Kirk Ferentz for Hayden Fry, who retired in 1998.

Beth Mowins thinks Hayden Fry is the current coach of the Hawkeyes. https://t.co/aIAwT5V4MM

It’s mind-boggling to me that Mike Patrick is still calling 3:30 PM games for ABC/ESPN while Musburger is stuck doing play-by-play for bottom dwellers in the SEC. At the very least, Musburger should be calling the infamous noon Big Ten games on ESPN that would finally be bearable with Musburger in the booth.

[Note: The SEC Network does not release TV ratings for its games but it can’t be hard to beat out games like UT Martin vs. Mississippi State for viewers].

Because what Musburger has lost in memory he makes up for with his legendary showmanship — like beginning each broadcast with his trademark, “YOU ARE LOOKING LIVE!!!”, consistently finding ways to sneak the point spread into his broadcasts, building drama in the most meaningless of games and, of course, pointing out women in the crowd that catch his eye:

Musburger’s calls are often more memorable than the games themselves.

Was it a little creepy when Musburger ogled Katherine Webb during the 2013 BCS National Championship? Sure. It was also insanely overblown and the lone entertaining moment of Alabama’s beat down of Notre Dame.

And unless you’re an Auburn fan, you don’t remember who hit the game-winning kick in the 2011 national title game, but you sure as hell remember when Musburger said moments before, “This is for all the Tostitos…”

What makes Musburger’s continued demotion even more curious is that ESPN continues to stick with 81-year-old Lee Corso on “College GameDay” despite the fact he’s had serious trouble speaking since a severe stroke in 2009. ESPN’s loyalty to Corso is commendable, but why isn’t the same devotion shown to Musburger, who has been with ABC/ESPN since 1990?

Through it all, Musburger hasn’t complained once about his demotion; he even reached a multi-year extension with ESPN just last month.

Musburger only has so many years left calling college football games. And every season he remains in exile at the SEC Network is another year in which ESPN wastes one of the greatest and most iconic sports announcers ever.