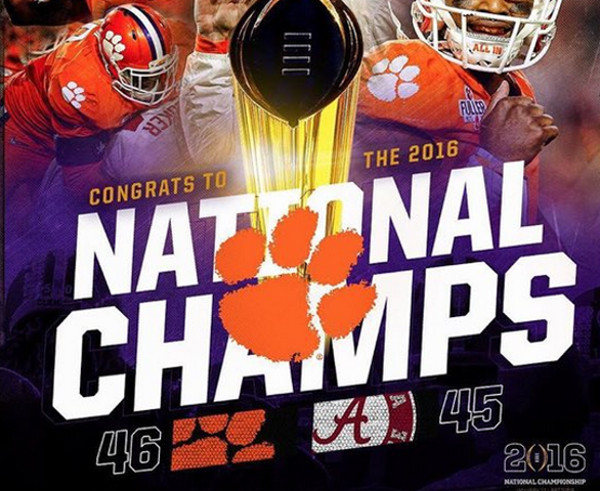 Someone at Bleacher Report pushed the wrong button in the wake of Alabama’s 45-40 national championship victory Monday night, posting an Instagram graphic congratulating Clemson on a 46-45 win:

It’s a relatively common practice to make up headlines, stories and graphics for both potential outcomes of a close game, but if you do so, you’ve got to be exceptionally careful that you post the right one. Whoever was doing this for Bleacher Report got it right in the text commentary on this post, but linked the wrong image. Mistakes happen, but it’s funny that this happened just days after B/R tweeted about Seahawks’ WR Ricardo Lockette and his Steve Harvey meme post after Seattle’s late win Sunday:

Seahawks' Ricardo Lockette has no chill

Might want to make sure you get those image links right next time around, guys.