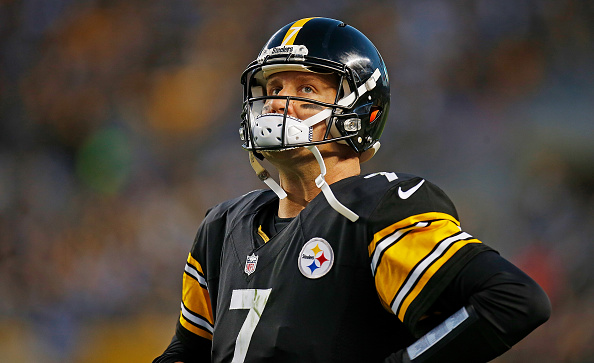 While NFL Network is the voice of the league and has access to the league unlike the NFL’s other TV partners, not everyone is happy with the league-owned channel. Pittsburgh Steelers quarterback Ben Roethlisberger criticized NFL Network for its reporting on a meeting he had with coach Mike Tomlin.

NFL Network said their weekly meeting before Sunday’s game against Dallas was a heart-to-heart talk about the team’s discipline. Roethlisberger told Pittsburgh radio station 93.7 The Fan that he wasn’t pleased over the whole story:

“It always amazes me how the NFL Network, like do they bug everything? Do they assume they know everything?” Ben said. “I always wonder where they get this information. Being the quarterback and being a veteran and leader on this team, Coach Tomlin and I have talked multiple times a week. There’s probably never a week that goes by where we don’t have a behind closed-door talk…so when they make this a big drama, like we went in and shut the door and hashed things out or whatever it is, it’s completely false. I shouldn’t say that, it’s true in the sense that we went in and sat down, but we do that every week anyway.”

Roethlisberger said he never called out specific players or coaches over a lack of discipline on the team. And he said that the loss to the Cowboys on Sunday was a tough one and that he met with Tomlin again on Monday and took another opportunity to rip NFL Network.

“Coach and I talked on Monday. I’m sure NFL Network is going to report that.”

Certainly Roethlisberger isn’t happy about the network’s reporting and how it cultivates sources to generate said reports. If the team was in the midst of a four-game winning steak instead of a four-game losing streak, perhaps the Steelers quarterback wouldn’t be so testy right now.