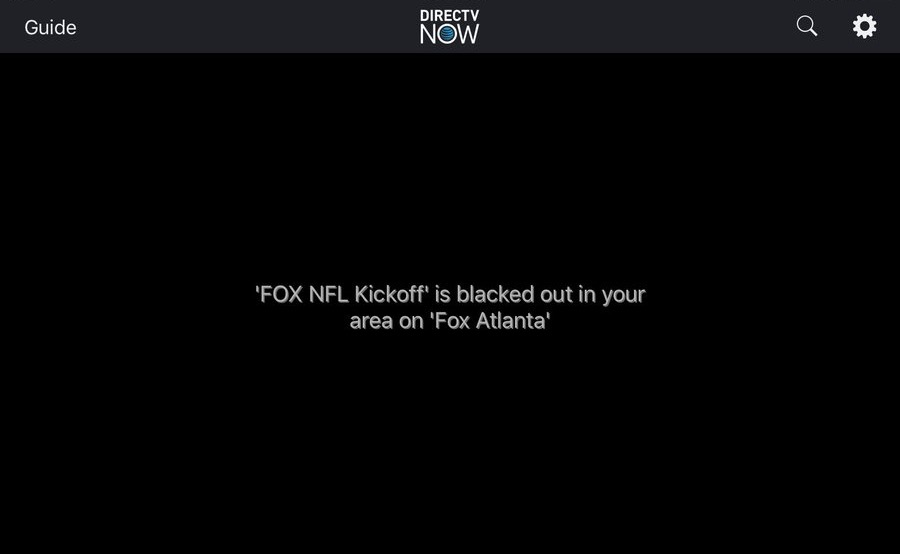 A big selling point for AT&T’s DirecTV Now streaming service was their deal with Fox in late November, which included access to local Fox stations in markets where Fox owns the station. That access was supposed to include NFL games, but as we discussed Monday, DirecTV Now subscribers in markets across the country reported being blacked out from games Sunday. According to a piece TVPredictions.com’s Phillip Swann wrote Tuesday, though, AT&T says that should be fixed going forwards:

“On Sunday, we experienced an issue where some DIRECTV Now customers were unable to stream portions of the football games on their respective local Fox channel,” AT&T said in a statement released today to TVPredictions.com. “We’ve identified the issue and are confident that customers will be able to stream next Sunday’s games in available markets where league blackout restrictions don’t apply.”

AT&T did not specify what the “issue” was that caused the blackouts.

Swann rightly notes that DirecTV Now’s customer service team on Twitter said Sunday that the issue was “caused by the streaming service not having the rights to any NFL game carried by a network that had the game’s “national rights.” That doesn’t seem to fit with AT&T’s statement, though, so hopefully this will mean that DirecTV Now customers will actually be able to watch NFL games on Fox this weekend; it’s notable that streaming competitors such as Dish’s SlingTV and Sony’s Playstation Vue have already been able to show these games, so if DirecTV can’t get there, they could lose market share to those rivals.

As AA’s Ken Fang wrote last week, DirecTV Now has some decent sports content, but it also has some major shortcomings. For example, it includes access to many regional sports networks, but not to live NHL or NBA games shown on those networks, which are the main reason you’d want to watch them. A reliable ability to show Sunday NFL games on Fox (keep in mind that CBS still isn’t a part of this service, but that could change) could go a long way towards boosting DirecTV Now’s popularity with sports fans. We’ll see if this change leads to that.