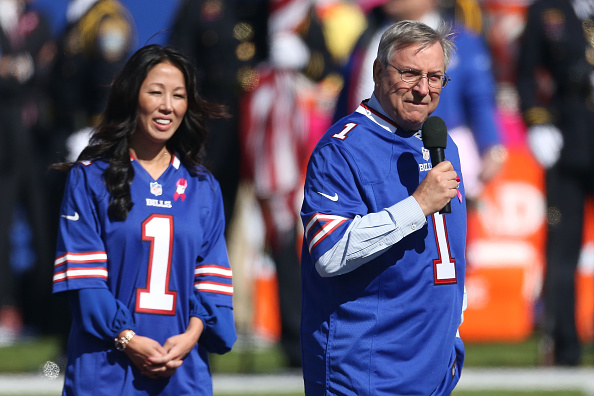 Western New York fans have been longing for the days when they had a regional sports network to call their own. Empire Sports Network aired the Buffalo Sabres and various other local sports programming from 1991-2005. Ever since, MSG and Time Warner Cable SportsNet have come in with MSG airing Sabres games, but it appears that Terry and Kim Pegula, owners of the Buffalo Bills and the Sabres are listing TV production openings for their Pegula Sports & Entertainment company.

As it stands now, the Sabres produce the games and air them on MSG in the Western New York region, but maybe this is the first sign that the Pegulas want to make the Sabres the focus of a new regional sports network.

In the description of those positions and their responsibilities, we see the word “simulcasting” appear in each one, describing the simulcast of a five hour block of football and hockey. Simulcasting is the act of broadcasting a radio show on television at the same time, like what ESPN does with Mike & Mike every morning. The Pegulas already have a block of “state run” radio every weekday with Hockey Hotline and The John Murphy Show, and as much as I listen to those two shows, I don’t think it’s ESPN that’s picking either of them up for simulcasting.

Now, if you’re going simulcast radio programs, you’re not going to use the existing MSG channel to do that. Certainly the Pegulas who have been spending quite heavily in the Bills and Sabres would want a solid TV partner for their teams and creating their own sports network would be one way to ensure that they long-time homes.

Empire not only carried the Sabres, but also aired college basketball, Minor League Baseball, Toronto Raptors games, the CFL and wrestling. Two of its mainstay programs were Fan TV hosted by Howard Simon and Jim Brinson and Sportsline led by Paul Maguire.

The Pegulas’ network, if it comes to fruition, could also be dependent on local talk programming as well.

It’s just speculation for now, but perhaps the job openings are signs of something to come for Western New York sports fans.

[Die by the Blade]