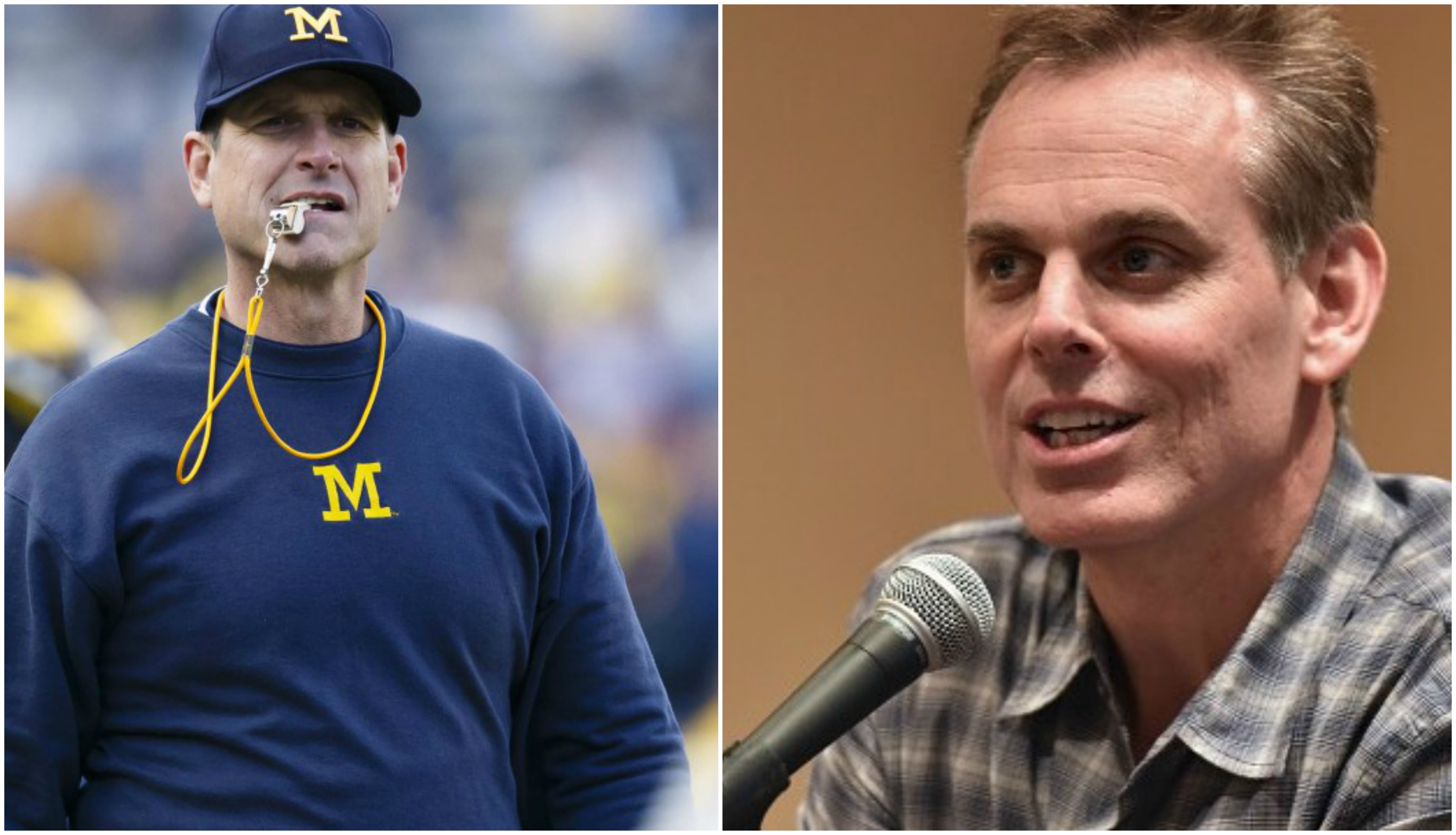 With Jeff Fisher out as Rams coach, the rumor mill has started up in full force, and the name on everyone’s tongue is Michigan’s Jim Harbaugh.

This makes some sense. Harbaugh is a huge name, has had success in the NFL and could be drawn to the bright lights of Los Angeles. There’s only one problem: The rumor is by all accounts totally bullshit.

So how did we get to the point where every sports fan in America is debating something that absolutely will not happen? Here’s how:

2. Colin Cowherd invited Breer on his radio show to talk about the Rams.

3. Minutes after Breer left the show, Cowherd said this: “By the way, Albert Breer on the way out said the Jim-Harbaugh-to-the-Rams rumor is a very real thing.”

4. Cowherd turned this comment made off-air into a radio segment. There was some mention of Harbaugh’s competitiveness and speculation that after losing to Ohio State, maybe college felt “too small” for the former 49ers coach. It was classic Cowherd psychoanalyzing. He went on to point out that the Rams are “bad and boring” in Los Angeles and could use a big-name coach. There was no additional reporting, just talk.

5. On Monday, when the Rams officially fired Fisher, Cowherd’s rumor gained some legs. The rumor—validated by Breer’s reputation as a credible reporter and Cowherd’s platform as a national radio host—was too juicy to ignore.

6. The cable sports networks jumped all over the “news,” launching hours of debate over whether Harbaugh would leave Michigan, whether he’d be a good fit with the Rams and what the Wolverines would do next. FS1 was particularly giddy to speculate about the rumor generated by one of its own analysts.

And once something like that is out there, there’s no way to fully reign it in, even if reports says the whole thing is made up:

Sources with both the Rams & Michigan say no truth to Harbaugh/Rams rumor. Laughed it off.

Even if Breer, the guy who helped start this whole thing, says there’s nothing to it:

To be clear … I never said Harbaugh was going anywhere. I believe he'll eventually be back in the NFL. Until then, teams will pursue him. https://t.co/f67iLlwmSo

Michigan people seem to be incredibly paranoid about losing Harbaugh. Like 36 hours of this. Chill out. I never said he was going anywhere. https://t.co/ssUvcKEZxW

And thus, a throwaway comment at commercial break of a radio show is the hottest rumor in sports.

UPDATE: Cowherd tweeted Tuesday night that Breer hadn’t even told him Harbaugh to the Rams was a possibility, only that the Rams would have interest. So while Harbaugh is out here claiming these rumors are a result of his enemies scheming against him, they’re actually just the byproduct of Colin Cowherd’s carelessness.

Just to clarify, @AlbertBreer told me the Rams would likely have interest in Jim Harbaugh. He was never speaking for Harbaugh himself