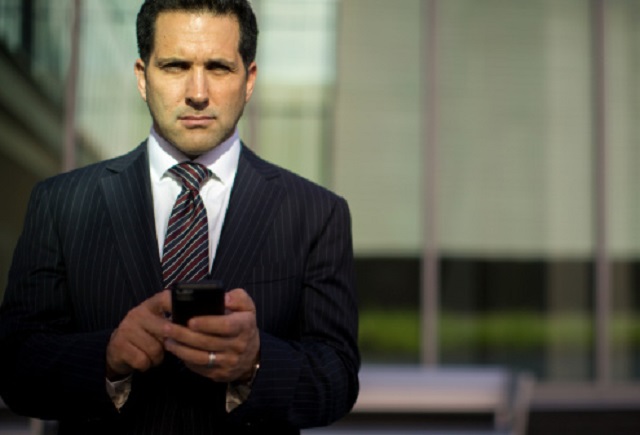 With his 5.5 million Twitter followers, Adam Schefter is the most prominent and popular sports reporter working today. After several years working for the Denver Post and NFL Network covering the NFL, Schefter became a household name after joining ESPN in 2009. At ESPN, his tireless reporting combined with the reach of the self-proclaimed worldwide leader in sports shot his standing in the sports media to the moon.

What may come as a surprise is this: Schefter will also add NBA reporting duties to his NFL schedule and work select regular season games as a sideline reporter. The NFL insider is a huge NBA fan and will get the opportunity to transfer his gridiron reporting skills to the hardwood.

Schefter’s close friends at ESPN know this but most do not: Schefter has become a hardcore NBA junkie. He plays daily NBA Fantasy and following the NBA has become somewhat of a pleasurable obsession. To wit, he’ll often reach out to ESPN NBA staffers Brian Windhorst and Antonio Davis just to talk the sport. He also counts Clippers point guard Chris Paul as an acquaintance. Paul calls Schefter for Fantasy Football advice; Schefter asks Paul about his league.

“I went from knowing nothing about the NBA a couple of years ago to knowing every player on every roster,” Schefter said. “It’s become a side hobby and the bosses are aware of that.”

Schefter declined to comment on any specifics relating to his contract negotiations but did say, “I want to make it very clear in no way am I looking to infringe on the turf of someone like Doris Burke, Rachel Nichols, J.A. Adande, Marc Stein or anyone else. They do a great job. That’s not what this is about. I could never do their jobs. This is just me doing an assignment where it will be 100 percent fun to me. My job is great but it is also intense and relentless.”

The AA reader who pays way-too-close attention to what happens at this website might recall that Schefter’s reporting chops and NBA fandom have crossed paths on at least a couple of occasions. Back in 2013 Schefter dropped a tidbit on Dwight Howard’s free agency. And earlier this year, Schefter reported that Kevin Durant would make his own free agency announcement on the Players Tribune website. Ironically enough, Durant’s Warriors teammate Draymond Green took issue with Schefter’s football takes this week, just imagine his surprise when Schefty shows up on the sidelines at Golden State.

NBA reporting is certainly different than NFL reporting and in-game reporting is different from insiderdom that focuses mostly on transaction and injury news. However, there’s no doubts from this corner that he will do very well. Schefter is even ready to take on the most perilous reporting assignment there is in the NBA – a potential sideline interview with Gregg Popovich.

Schefter has already sent his schedule to Tim Corrigan, a senior coordinating producer who runs ESPN’s NBA game assignments, on dates he might have a break (December, the end of January, the second half of February) in his NFL schedule. Asked if he wanted a piece of Spurs coach Gregg Popovich, a noted sideline reporter killer Schefter said, laughing, “Bring him on. He can’t be much different than Bill Belichick, right?”

The NFL schedule, especially for insiders like Schefter, has really become a 24/7/365 proposition. If anything, Schefter might be busier in the offseason than he is during the regular season with all the coaching comings and goings, trades, and free agency. Then comes the draft and minicamp, training camp, the preseason, etc. etc. etc. It just doesn’t stop in the NFL, even though it has the shortest regular season in the four major pro sports.

ESPN has allowed some of their most well-known personalities to crossover in the past to sports that might be outside their leading interest and sometimes it makes for a fun experiment to break up the way things always are. Other times we end up with Tony Kornheiser in the Monday Night Football broadcast booth or Bill Simmons on NBA Countdown. But in this case, as Schefter said, it’s not like he’s taking away anyone else’s job at ESPN and it’s so few games that it should remain a novelty.

But if he does start owning more and more scoops on the NBA transactions wire, then it might be time for J.A. Adande, Brian Windhorst, Marc Stein, and others to become just a little bit nervous.