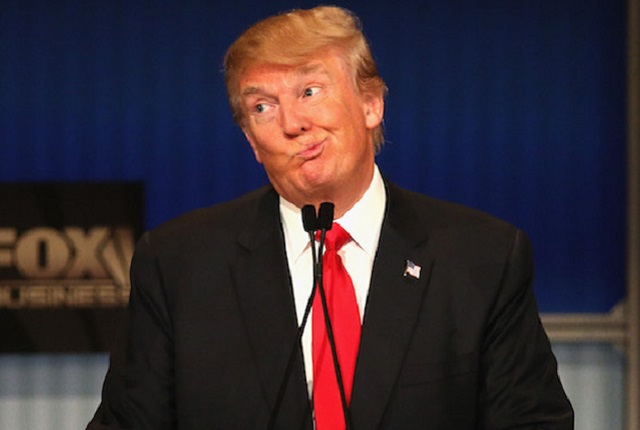 With Ohio’s GOP primary scheduled for Tuesday (March 15), presidential candidate Donald Trump was quick to mention while campaigning this past weekend that one of the state’s favorite sons was supporting him.

Had Pete Rose endorsed the Trump presidential campaign? This tweet from The Donald on Sunday seemed to imply so.

Rose didn’t appear with Trump at any of his campaign stops or rallies in Ohio last weekend, which would have left no doubt as to the Cincinnati Reds legend’s support. But Rose may have been busy elsewhere, doing things like signing baseballs. Probably in Las Vegas. Rose signs a lot of baseballs. It’s how the man makes a living.

And apparently, he’ll write anything you want on that ball with his signature.

.@realDonaldTrump b4 u get 2 worked up, know that @PeteRose_14 will sign anything u tell him pic.twitter.com/1veSFZ9Oq0

I hate to disappoint people, but Pete Rose will put anything on a ball for $75 pic.twitter.com/5hLZHtfE0l

So just because Rose supposedly wrote “Mr. Trump, please make America great again” on an autographed baseball doesn’t mean he was endorsing Trump for president. In fact, a spokesman for Rose said baseball’s all-time hits leader certainly did not.

“We do not know how Mr. Trump got the ball,” Rose’s attorney, Ray Genco, told the Washington Post. “I can’t authenticate the ball from some Twitter picture. I can’t speak to how Trump got the ball. Pete didn’t send it. I made that clear.”

Genco also sent a statement to the Post and several other media outlets making clear that Rose makes a point of not endorsing any political candidate. After all, Democrats and Republicans are baseball fans, right? And they might want a Pete Rose autographed baseball. Don’t alienate the customer.

When asked if Trump was attempting to imply that Rose endorsed him, a campaign spokesman said the candidate made no such claim and was merely thanking Rose for the gesture. But the question remains as to whether or not Rose actually sent Trump the ball, which his spokesman says he didn’t. If not, how was it obtained? Is that an authentic autographed baseball from Rose?

Regardless, Trump played to the crowd while campaigning near Cincinnati, saying that Rose has served his time and should be in baseball’s Hall of Fame.

You can see his remarks at the 3:09 mark of this video, via Cincinnati.com.

“Hey, by the way — Pete Rose, let him in, right?” Trump said. “What are they doing?” As you might expect, that line was a crowd pleaser.

“Charlie Hustle, right?” he continued. “So I watched him and he was a great player and it’s so ridiculous. Don’t you think he’s paid the price? First of all… he bet that he would win, not on the other team or anything, right? But look, he’s not supposed to do it, terrible thing, all that stuff. How long has he been waiting, like 30 years, 35 years? He’s got more hits than anybody. He was so good. I still remember when he went into second base and took out Doug Harrelson, right? We gotta let Pete Rose into the Hall of Fame.”

Trump may not have gotten an endorsement from Rose, but Trump endorses Rose for the Hall of Fame. Maybe he’ll make this part of his platform should he win election to the White House. Trump probably shouldn’t count on an endorsement from MLB commissioner Rob Manfred, however.