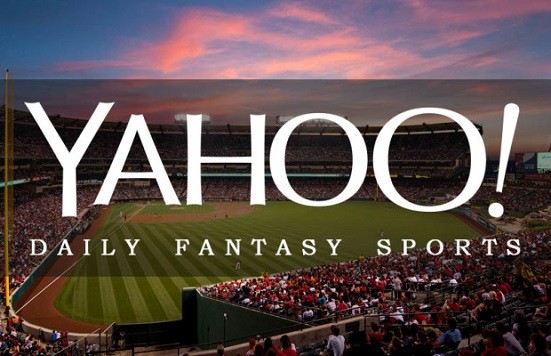 Last April, Yahoo announced that they were going to launch their own daily fantasy games, which they rolled out last July. There have been plenty of ups and downs for daily fantasy since then, with regulatory wins (such as the passage of a bill in New York this week to permit daily fantasy in the state again) and losses, but Yahoo seems to be still very invested in daily fantasy, and they’re trying some different forms of it.

The newest one is the Yahoo Cup, which was officially announced Tuesday morning. It combines some features of Yahoo’s season-long fantasy leagues with some features of daily fantasy. It’s a free-to-enter season-long contest, but with different lineups each week, limited to one entry per user, and with $100,000 in total prizes ($50,000 to the grand prize winner based on cumulative points over the 16-week season, plus cash prizes each week based on the highest weekly scores).

Michael La Guardia, the head of product for Yahoo Sports and Finance at Yahoo, took the time to speak to Awful Announcing on Monday ahead of the announcement. Here’s what he had to say about both the new Yahoo Cup, about how Yahoo’s approach to daily fantasy has gone over the first year, about the New York legislation, and about what’s next for Yahoo daily fantasy.

Awful Announcing: What can you tell me about the Yahoo Cup and why you decided to go this way?

Michael La Guardia: What we’ve seen with the whole of daily fantasy, the whole reason that we’re getting in there, is we’ve been trying to extend the opportunities for Yahoo users to engage with the sports that they’re passionate about and to extend the options that they have with which to engage. We knew that full season for a certain crowd was great, but it took a whole lot of effort and attention and had a high price in terms of time to engage in it. Daily was a fantastic alternative to that because it was real quick hits, you didn’t have to spend a whole bunch of time on an individual contest basis.

Now we’re really trying to kind of blur the lines and get a game in there that provides the same sort of continuity and engagement with your friends over a long period of time, allows you to kind of keep focus on the entire season, but potentially requires less of the effort than a full-season fantasy. And then obviously to have the extra stuff, the opportunity to compete and win prizes.

So all of that together kind of continues this theme we’ve had at Yahoo to really focus on this as something much more than what you see traditionally with daily fantasy. We think about the way we’re doing things as daily fantasy done right, focusing on our fair play and having a very level playing field amongst all the entrants, and trying to push the boundaries of how the game is played.

AA: You talk about this being single-entry and not having to compete against people with a whole portfolio of lineups. Why is that important?

MLG: We came out about six months ago with our Fair Play Initiative. We, after starting daily fantasy about a year ago and observing play, noticed that one of the things that happened and one of the things that got a whole lot of attention from regulators across the country was people playing it not so much as an extension of their love of sport, but doing what I call kind of portfolio management, trying to enter as many times as they’re maximally allowed—on some of the sites out there in some contests, people could have as many as 3,000 entries—and then managing their entries to be each subtly different to maximize their opportunities to get the right winning combination. We wanted to build this because we love sports and we believe that Yahoo users are people who love sports, and we wanted it to kind of be human to human competition, not managed by computer programs.

When we announced Fair Play about six months ago, one of the key tenets of that was that there are never going to be more than 10 entries allowed per user, and in smaller contests, we limit the number of entries per user to one per cent of the overall contest size. So in a hundred-entry contest, no user could have more than one entry. In this contest, a large, public, free contest, we also wanted to continue that. It’s a level playing field. Everybody has the same ability to kind of compete on their knowledge of sports with a single human-sized entry.

AA: With it being just over a year since Yahoo got into daily fantasy, how do you think it’s gone?

MLG: It’s gone phenomenally well. I think it’s been a very eventful year for the industry as a whole, and believe me, it’s been fun, kind of going through and weathering all of those different events. But for us and for our launch, we’ve had millions of people interact with us through daily fantasy. We continue to push the envelope and introduce new sports, new ways of competing.

We introduced our concept of Champion of Champions back with the end of the NFL season last year where we were inviting the winners of all of our leagues in our full-season fantasy football games to compete on a daily fantasy platform during the playoffs. That was a huge success for us, and we continued that with NBA and NHL [games].

We’ve really been learning throughout the year, we’ve been growing as we go, and we continue to push the envelope with things like Yahoo Cup. So it’s been a tremendous amount of fun, we’ve had great feedback from our users, and it’s been going well all across the board.

AA: How does Yahoo daily fantasy stack up to regular Yahoo fantasy at this point?

MLG: They’re really kind of two sides of the same coin. On the one hand, we do run the daily fantasy contests where there are large prize pools and there’s revenue that’s directly associated with that, but I don’t think of them at all as in opposition. Yahoo has been in fantasy sports now for 18 years, and I see daily fantasy as an innovation on fantasy sports, but it’s all part of fantasy sports. We’re constantly trying to think about how do we provide the best experience, the best set of experiences that match with different user needs?

Some people have the need to be very deep and very detailed in their knowledge and analysis. Great, full-season fantasy’s perfect for them. Other people want to engage with friends on a lighter level, so we have different variants of our full-season game. We have games where you’re doing full-on drafts, games where you’re doing autodrafting. And daily is part of that. What we’re continuing to explore and continuing to learn is “How do we best drive engagement from our users? How do we get them the most interested, spending the most time with us and having the most fun at it?”

Yahoo has a very different business model from some of the others in the space. We’re not just about maximizing revenue from the contest. For us, it’s really about a bunch of sports fans who like to spend time with us all the time, and maximizing the enjoyment and the engagement of those fans. So I see it all as part and parcel of the same thing, so I don’t see it as in opposition to or comparison to.

AA: Any comment on the return to daily fantasy in New York?

MLG: We’re certainly happy about that. It’s something that I personally worked very hard to help bring about. I was very pleased to see that both the legislature and the governor’s office were receptive to the points that Yahoo made. When the legislation was originally drafted, I think they didn’t even think about us. And there were some unintended consequences of them not thinking about us. But we were able to go out and work with the legislature and get a bill and a law now authorizing the return that enabled us to return and compete on a level playing field.

It’s not perfect, but you know, it’s certainly way, way better than not being in the state at all. So we’re super happy to be able to offer the game back to our hundreds of thousands of fans in New York.

AA: Where does Yahoo daily fantasy go from here?

MLG: Well, I think you’re going to see a lot of continuing what I’ve talked about. How do we make the game play even more exciting? How do we innovate in these different models? I think we’re looking at daily being a really interesting platform, allowing us to take a look at other sports. You saw us earlier this year launch a game covering soccer, the English Premier League and the Champions League, and that is our only fantasy offering right now in soccer, and we found that it was a really viable offering in terms of launching on a daily fantasy platform.

Thanks to Michael for his time. You can read more about the Yahoo Cup here.

Disclaimer: Andrew also writes for Yahoo Sports Canada. He is not involved with Yahoo Fantasy.