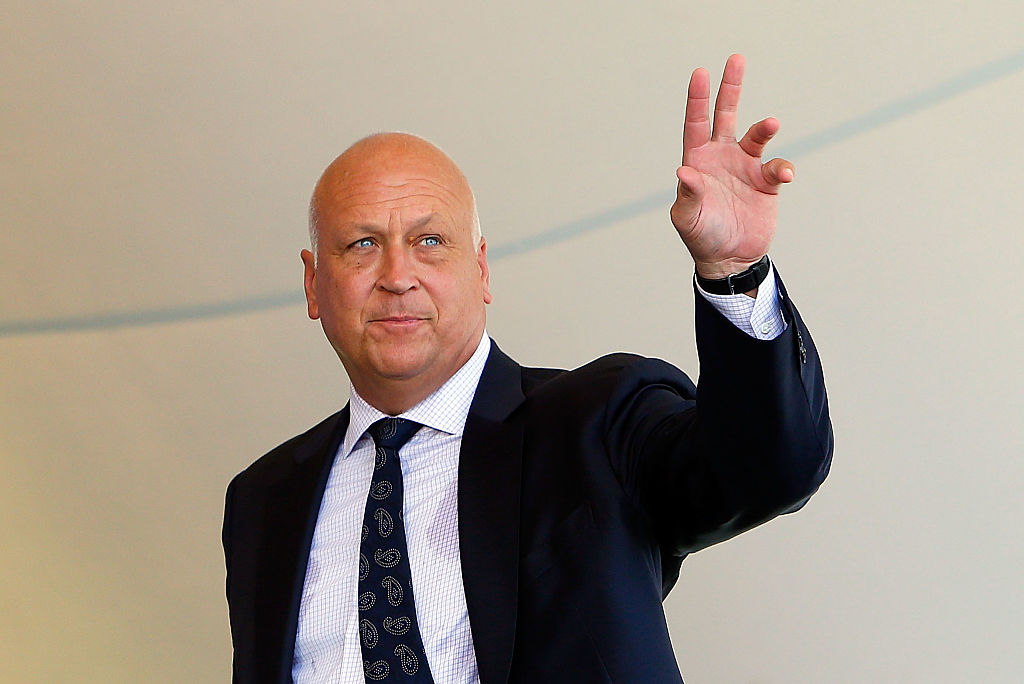 Hall Of Famer Cal Ripken Jr. will be calling his fourth postseason as a game analyst for TBS beginning with the American League Wild Card game on Oct. 4 and continuing through this year’s American League Championship Series partnered with Ernie Johnson and Ron Darling.

In a one-on-one interview with Awful Announcing, Ripken discussed what he’s learned over his 10 years of broadcasting, how he prepares for the playoffs without calling many regular season games and the one thing he would change about Major League Baseball if he were commissioner.

This interview has been edited for length and clarity.

With the Wild Card races so close, how do you prepare for all these potential playoff teams and all those different possibilities and scenarios?

I try to watch and try to predict who the teams you really gotta start focusing on are as the playoff run happens. With the second wild card, that keeps a lot of teams alive. And there’s only so many games you can start to watch. So this year, knowing that the American League is the focus for TBS, you start really focusing on the AL.

I’m pretty familiar with the Orioles because I’m from Baltimore. I’m pretty familiar with Toronto, I’ve watched a bunch of Toronto games. So those two wild card teams are there. Cleveland has been a team on the radar for a while. I think they’re going to have a harder road now that they’ve had a couple of injuries to key guys in their starting staff. But they’re a fun team to watch.

So I feel pretty good that I’ve watched teams fairly closely, but I’m going to continue to dig down deeper into the rosters as the playoffs come up.

How many years have you been doing this for TBS now?

This is the 10th year for TBS. TBS called me when they got the rights and they were creating a pre-game show. And I went down to rehearse with Ernie Johnson. I was a big Ernie Johnson fan from the basketball show with Charles Barkley and Kenny Smith. And so I was curious, and they gave me a chance to be in there with Ernie.

I really enjoy being at the field now and in the broadcast booth, and focusing on that game, especially a series. A series can build, and you get to stay with that series. When you’re in the studio, you’re commenting on all the different teams and your time to make some sort of comment isn’t very big.

But when you’re watching the game, you’ve got three hours to identify things and talk about it, which I really like. I really like being back in the ballpark again.

So what are some of the biggest things you’ve learned from being in the booth?
Understanding how the game is broadcast. Understanding that there’s a rhythm and a story that is even there without words. So many times in the big moments, I’ve learned that [you should] just stay out of it. Don’t talk during those times. Let the viewer at home experience the big play, experience the crowd noise. You could be quiet as a nice, powerful way to interpret that moment.

So there is a sort of a flow and a story that happens even without words, and you’re trying to add your words at the right time and the right moments. I also learned that if you have a thought, it doesn’t mean you have to get it in in that moment. Sometimes you can’t cram it in— it doesn’t fit at that right moment— but kind of keep that moment, because it’s going to come back to you at multiple times during the course of a game.

The tendency when you first go into a broadcast booth is, this situation is up and it might not come back up again. Let me get everything I have about that situation. But what I’ve learned is that sometimes it’s not the right time to go into that, and you should save that nugget for maybe the second or third at bat of the player you were thinking about.

Your broadcast partner Ron Darling, he calls about 140, 150 games a season.
He has a lot of reps.

You don’t have as many. So how do you adjust to jumping right into the playoffs like that, when you have all these games?

I get five or six, I think [Turner PR told us seven this season], of the Sunday [regular season] games on TBS. So you kind of get back into the position. And over time there is an accumulation of your comfort level, but I could benefit by doing more reps where you could feel like it becomes second nature to you.

And so many times, you can be afforded the opportunity to focus on interpretation of the game. And that’s the joy and the beauty of watching the game.

I saw many different aspects of it, and if you immerse yourself into the game and not worry that you have to do all this studying on the context of the player, where they went to college. Ronnie knows all that. Ernie Johnson knows everything about the players. It does afford me just to focus on how the game is played. And so it takes a lot of pressure off me.

Last question for you. If you were to change one thing about the game, what would it be and why?
Oh wow. I don’t know if there’s one thing. I like what the commissioner has been doing. I like the speed of play.

It’s the same game. Either you make the DH all part if everybody’s league, or you could take the DH away and play the same way. So I think the same set of rules is important.

You’re the commissioner. Which one do you pick?