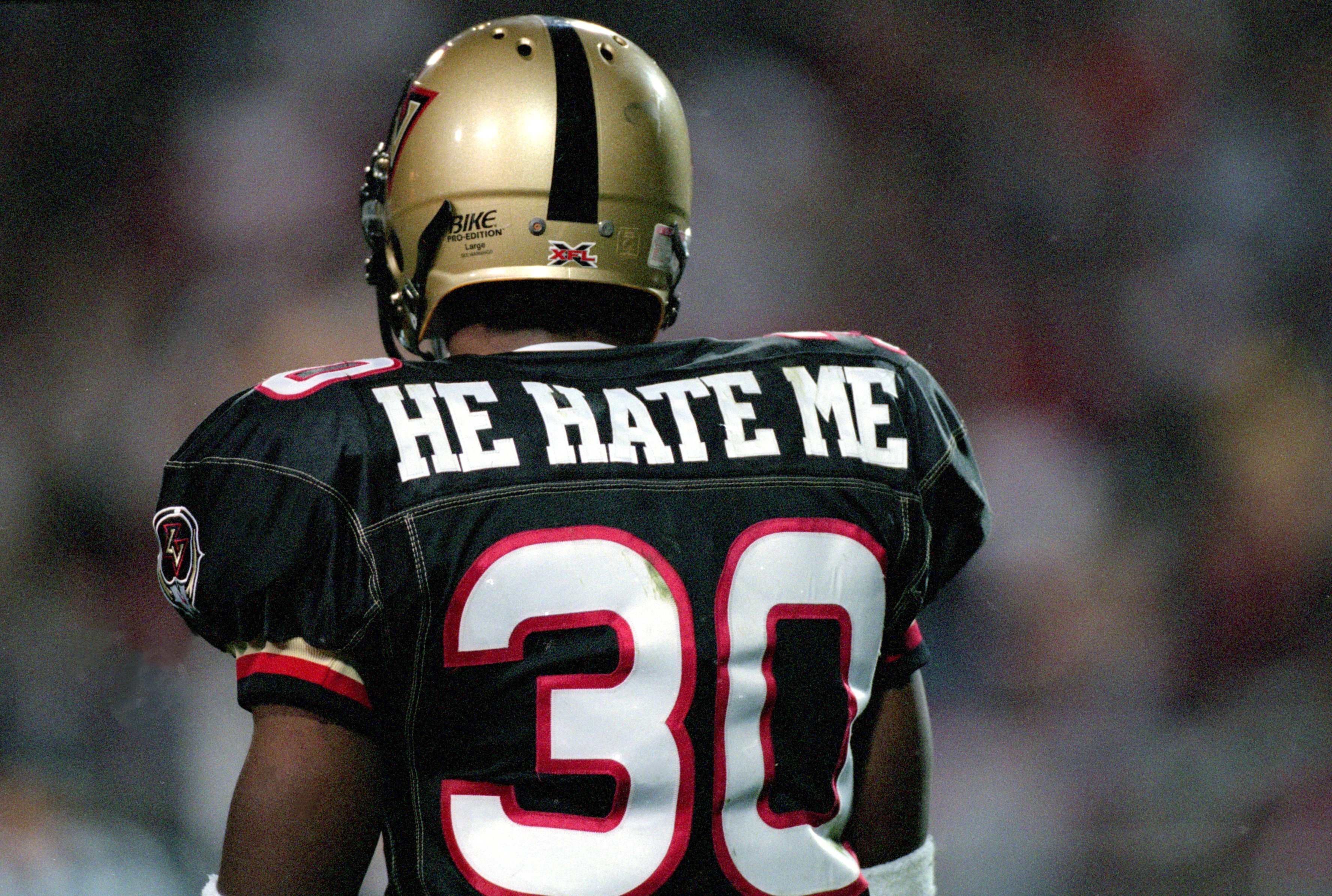 This time, it’s the XFL that gets “30 for 30″ treatment in a doc called “This Was the XFL,” which will air on ESPN in February.

For those of you not versed in unsuccessful football startups, the XFL was a league founded by WWE owner Vince McMahon as an edgier version of the NFL. It lasted one season, 2001, and is mostly memorable for wacky rules (opening scramble, no PAT kicks, no fair catches) and goofy gimmicks (Rod Smart’s famous “He Hate Me” jersey).

The film is produced by Charlie Ebersol, son of television executive Dick Ebersol, who played a major role in the XFL’s creation.

“I grew up on the sidelines watching my father and Vince enjoy incredible success with just about everything they touched, and then, along came the XFL,” Charlie Ebersol said in a statement.  “I saw them take bold creative risks, face unparalleled success and failure with dignity, but most importantly they maintained and celebrated a friendship where most would have cut and run. I learned more about integrity and character in those 18 months than just about any other time in my life, so when ESPN Films asked if I wanted to tell the story of the XFL, I jumped at the opportunity because I knew that the real story was that of an unbreakable friendship.”

As the title suggested, “Who Killed the USFL?” was largely about the bureaucracy that led to a league’s demise. “This Was the XFL” sounds like it will be a celebration of the league’s fleeting life, focused specifically on the relationship between Dick Ebersol and McMahon.

The documentary will air February 2 at 9 p.m. ET on ESPN.