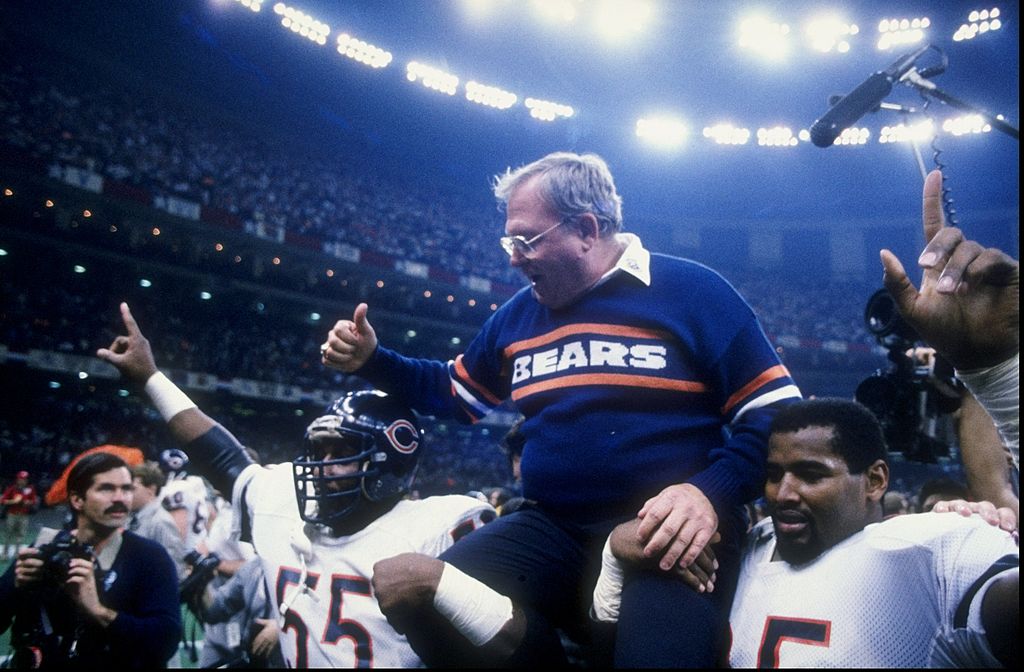 Most Similar To – Bad Boys, The Fab Five

Review –  An interesting thought kept popping up in my head while watching The ’85 Bears, another well crafted and compelling 30 for 30 and part of a recent trend of high quality team specific docs after a bit of lull in quality, focus, and consistency between installments 68-73.

A lot of the installments I’ve reviewed of late have fallen in the 15-35 range out of now nearly 80 installments, meaning they’re quite good but I’ve nitpicked some items I think could have been done better that kept them from being elite within the series. While taking mental notes on what were the few areas that could have been done a bit better, I kept thinking “Yeah but, I think Bears fans might like it less if it was that way.”

I’m always commenting on pacing and length but cognizant that ESPN has for the most part specific lengths they present films (one hour, 90 minutes, and two hours with commercials). With a lot of the longer films I review, I wonder if a more condensed version would be better although not having any middle ground between 90 minutes and two hours, makes a difficult edit (more on this later).

That’s a long way of saying that two hours felt a bit long and a bit slow in the first third for this non-Bears fan, but I think Bears fans who will be a very large component of the viewing audience will be totally fine with the length and pacing. No doubt they’ll love this film.

With all of this in mind, I contacted Jason Hehir to get a feel for the creative decision making process on which audience they tailor their films for. Below his comments:

“Ideally with stories that are well-known (like Fab Five or ’85 Bears) you’re telling the story to a national audience but still entertaining a regional audience and, more importantly, teaching the latter something they didn’t already know. (A lot of Chicago fans weren’t familiar with the defense’s letter to Halas saving Buddy, for instance.)

In general, I think the rule there is to opt for micro over macro when a choice needs to be made. Relationships and anecdotes make for fresher material than standard well-known story points. In the case of the Bears doc, for instance, that meant spending more time explaining how the team was built and why they’re so loyal to their coaches than re-hashing the Super Bowl Shuffle or more game action during the season.

Length is tricky, because with 30 For 30’s you only have three choices: 50, 77 or 100 minutes. (That’s the actual running time for hour, 1.5 hour and 2 hour 30/30’s, respectively.) Those are very large gaps. So something that would definitely be too short at 77 may not have the legs to warrant 100. But between amputating key storylines/moments to make it shorter and adding a few soundbites here and there to make it longer, often times you err on the side of longer because you’re so invested in the work. Tough to choose which darlings to kill at that point. If the Bears doc were 23 minutes shorter, you’re talking about swaths of material that would be removed. Not just a soundbite here and a soundbite there. 23 mins means entire storylines vanish, not just anecdotes. I wish there were more options between 77 and 100, but that’s the way the system is set up. All in all, you hope that if the material is new to some people and old to others then that equates to fresh and nostalgic rather than uninteresting and stale.“

I’ve always noted that my reviews try to strip out any sport- or team-specific bias I have and note what fans might enjoy/dislike the doc more than myself, but Hehir’s comments are certainly insightful.

Hehir did very well in presenting a whole lot of new information, previously unknown to me. I’m pretty familiar with the ’85 Bears, but I was three at this time, so I definitely didn’t experience them firsthand.

The film is bookended with a pair of high notes as a letter from players to ownership hoping to save Buddy Ryan’s job is read towards the beginning of the film and a recently penned letter from Ryan (shown in declining health) is given to his players which strikes quite an emotional cord. These moments are quite poignant as is seeing Mike Singletary spend an afternoon with Ryan, who while not speaking much in the film because of his health is presented as the catalyst of Bears championship team.

Some other high-points of the film included a tick-tock breakdown of how Jim McMahon wrongly drew the scorn of New Orleans natives and shocking game footage of his season ending injury the following season, which is presented as the demise of the Bears. I’ve been a football addict for 25 years and am somewhat surprised one of the most notorious cheap shots in the history of the league flew under my radar (guessing the NFL and league partners probably aren’t that keen to rehash it). McMahon wasn’t having that good of a year, his backups did even worse, and the late addition of Doug Flutie didn’t right the ship (Flutie’s failings draws a lot of negative/insensitive comments from players in the film that I imagine will draw some attention).

As noted before, the film is a little slow out of the gate and as Hehir alludes to, at times the football footage is probably less than you’d hope for. The overall length seemed a bit long, but trying to package it int0 77 minutes instead of 100 minutes would probably be even more detrimental.

Structure-wise, a couple of items stood out, primarily that the film seemed a bit loosely stitched together. With so many tangent narratives, at times you’d go down a road of a particular storyline (McMahon’s current health, for example) which would very much be interesting, but the transitions back to the main narrative or another tangent narrative were a little abrupt. This is more evident in the back third of the film as there are a couple of 3-5 minute dead ends, which again were very interesting but with loose connective tissue.

Putting aside the nitpicks (Vince Vaughn narrating I think was fine, but not exceptional), there is a lot to like in the film regardless if you’re a Bears fan or not. The interviews are all quite engaging, colorful, and insightful. As noted, Hehir digs up a lot of unknown/lesser known items that give the film a substantial amount insight into a well known story. Music and visual presentation are both high quality components of the film a well.

Ultimately, I think it boils down to whether you can build a two-hour documentary about a certain team that gets an A grade from fans of that team and a national audience. I think in a couple of cases, it’s been done and that’s a combination of the story itself and how well it’s told. I’m not sure the ’85 Bears had enough highs and lows and memorable moments within that season. (They pretty much dominated, posting two shutouts in the playoffs along with the largest blowout in the Super Bowl at that time). Chiefly, the lack of a rival, changing of the guard narrative, controversy, or classic close game, makes it difficult for national viewers to be engrossed for a full two hours.

Given those typically present plot staples of any doc, The ’85 Bears does well to get as much mileage and storytelling from that narrative as possible and ultimately it comes down to whether you think that material is stretched too thin or just right, which again probably hinges on your appreciation for that team. With the size of the Bears fanbase, I imagine the majority of viewers (this installment may end up being one of the higher rated installments), will come away very satisfied with the nostalgic look back one of the NFL’s most famed and notorious teams.