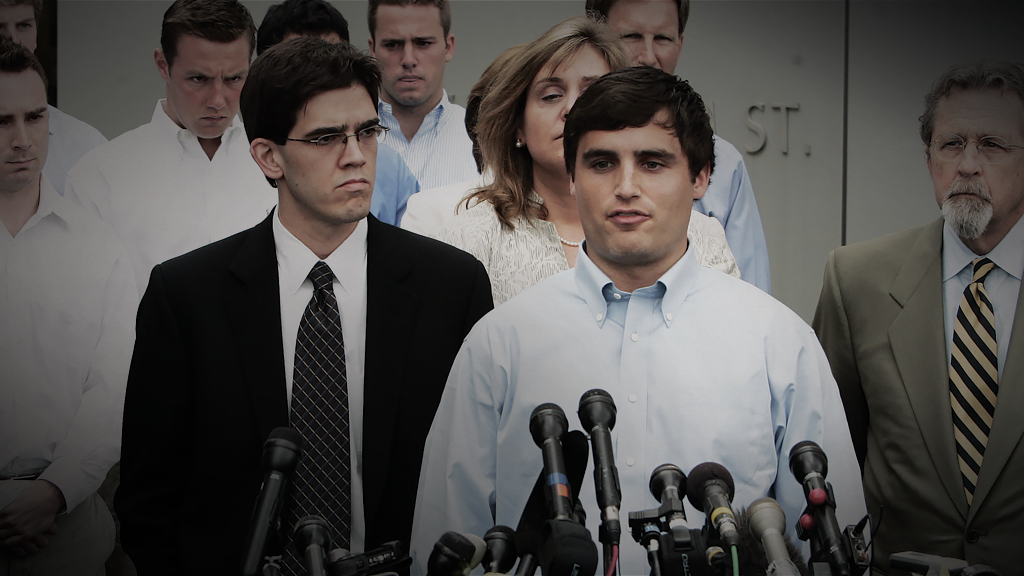 Most Similar To – No Crossover: The Trial of Allen Iverson, The Price of Gold

Grade/Ranking –  Right outside the Top Ten

Review –  Fantastic Lies is a bit of an oddity for 30 for 30 as it indeed is a top tier documentary in the series. Yet, it lacks so many of the qualities that typically are staples of some of the more elite 30 for 30 installments. Specifically:

– This is a two hour installment and those have been a little hit or miss compared to the 90 and 60 minute installments. I certainly haven’t minded the longer versions, but that’s a common complaint I get from readers.

– Participation of the key individuals is sparse. If you made a list of top five or ten people you’d want to participate in this film, almost none of them did (I’ll circle-back to this).

– This is not a documentary about a team, athlete, or famous game that people have fond memories of. You won’t go “I remember this game!” or “This team was AMAZING!” or “There won’t be another team/game/athlete like this ever again!” The amount of actual sports that in this film is very limited.

And with all that working against Fantastic Lies, it’s quite a gripping film that itself straddles the line of being fantastic aided by a definitively fantastic directing job by Marina Zenovich as well as a very shrewd title that helps any viewer straying too far from the truth, which is only revealed towards the end of the film.

ESPN typically reserves their best two 30 for 30 installments for after the Heisman ceremony and after the tournament selection show where they’re able to control end times for those events which typically have high lead-in audiences. The post Heisman ceremony slot always goes to a football documentary while the the tournament selection show almost always leads into a basketball film. This trend makes Fantastic Lies another oddity, although you could argue anything having to do with Duke would play well after a NCAA selection show. While other installments after the selection show have shown compelling on court drama covering The Fab Five, Jim Valvano, Christian Laettner, Magic Johnson, and the rise and fall of the Big East, the in court drama of the Duke Lacrosse case actually holds up quite well.

Fantastic Lies is a well executed “True Crime” legal thriller that keeps you on edge through out and holds up well to other recent hits in the genre such as Serial, The Jinx,  and Making A Murderer. It jumps into the alleged crime without much delay and builds and maintains momentum throughout to the point where my plan to breakup the viewing into two nights was foiled as my tiredness subsided and I became emotionally invested into the fate of the three young men whose lives were wrongfully hijacked. How did this happen? How could this happen? Would they regain their lives if at all? All of the answers come in time, but are bitter to swallow leaving an aftertaste of anger and sadness.

I eluded to my approval of the title “Fantastic Lies”- words proudly bellowed out by one of three players wrongfully charged with rape. His passionate denial come about two thirds through the film and was for whatever reason the first firmly worded denial from the team (coming long after the initial incident). Up until then, the narrative of the night in question was one of certainty and anger.

Given this incident happened so long ago, many of us only vaguely remember that the story fizzled out when the players were found to be innocent opposed to the media frenzy under the presumption of their guilt. The title to some degree is the only definitive clue of the player’s innocence and hence it helps to harness the viewer’s emotions through out the film.

Fantastic Lies, despite occurring a decade ago feels like a story from today as it’s become all too common for our societal outrage spanning various tensions and issues is just one unproven incident away from boiling over into a state of chaos. The Duke Lacrosse case touched on so many of those issues – white vs. black, rich vs. poor, male vs. female, and educated vs. non educated that it was a powder keg of built up frustrations. This is something we commonly see today aided by the growth of the web and social media and often where frustration and anger can be prematurely applied under the presumption of an unproven incident being representative of a larger narrative. This is the hard to stomach story of three men fed to the wolves by law enforcement, a politically motivated district attorney, the media, the university, and by a local community unhappy with the status quo. 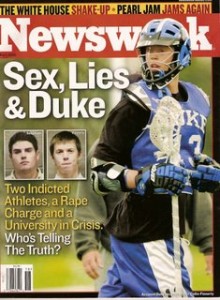 The three formerly accused men are not in the film in terms of participation (likely due to settlements with the University). Neither is the accuser (now in jail for another incident and unable to participate because of her incarceration). Local law enforcement didn’t participate, nor did the labeled “rogue” District Attorney. Almost nobody from Duke participated including former coach Mike Pressler, although recent clips from a 60 Minutes Sports episode help give his perspective (and helped refresh my background knowledge).

And despite really none of the key personalities participating, somehow Marina Zenovich puts together a stellar film and one that should hold the bulk of the audience for the full two hours. Part of that speaks to her chops as a director (one of the better directing jobs within 30 for 30 all things considered) but credit should also be given to the family members and lawyers who helped absolve the three men and the team from guilt, as well as the oodles of media clips available during coverage of the investigation and trial. #NancyGraceisawful.

Zenovich was tabbed for this project because of her strong history making legal documentaries (which I now am motivated to check out) and despite not having a connection to Duke or lacrosse (one of the producers went to film school there being the only connection I can find), this ended up being an unconventional choice that paid out big time.

One small nitpick would be the film seems to really avoid any substantive discussion about the second dancer who attended the party of the alleged incident. Research shows her statements on what may have happened changed many times after the incident. While her opinion on what happened at the party was fluid, she was involved in a separate minor incident with the accuser right after the party. This incident, which led to the accusations and investigation, and the dancer’s contradicting statements from the incident, seemed like odd omissions given this was the only individual not connected with the lacrosse team with knowledge of the situation besides the accuser.

There is no happy ending in Fantastic Lies, only a small sense of relief. The culmination of the film is not a championship win, buzzer beater, or retirement, but rather a young lawyer armed only with a book he bought on Amazon on a specific subject matter, thoroughly discrediting the only last remaining leg the prosecution’s case was standing on. From there the outrage flips from the Duke lacrosse team to those who brazenly pursued the case for personal gain against the mounting evidence of non-guilt. Ultimately nobody wins and you’re left quite shaken with what transpired.

For some, that’s not exactly what you’d want out of a two hour sports documentary. However if this is within your viewing palette, there are very few 30 for 30s that pack such a potent dose of emotion, societal reflection, and captivating storytelling as Fantastic Lies. It may not get you in the mood for March Madness, but Fantastic Lies is certainly worthy of its preferential scheduling and your time as well.