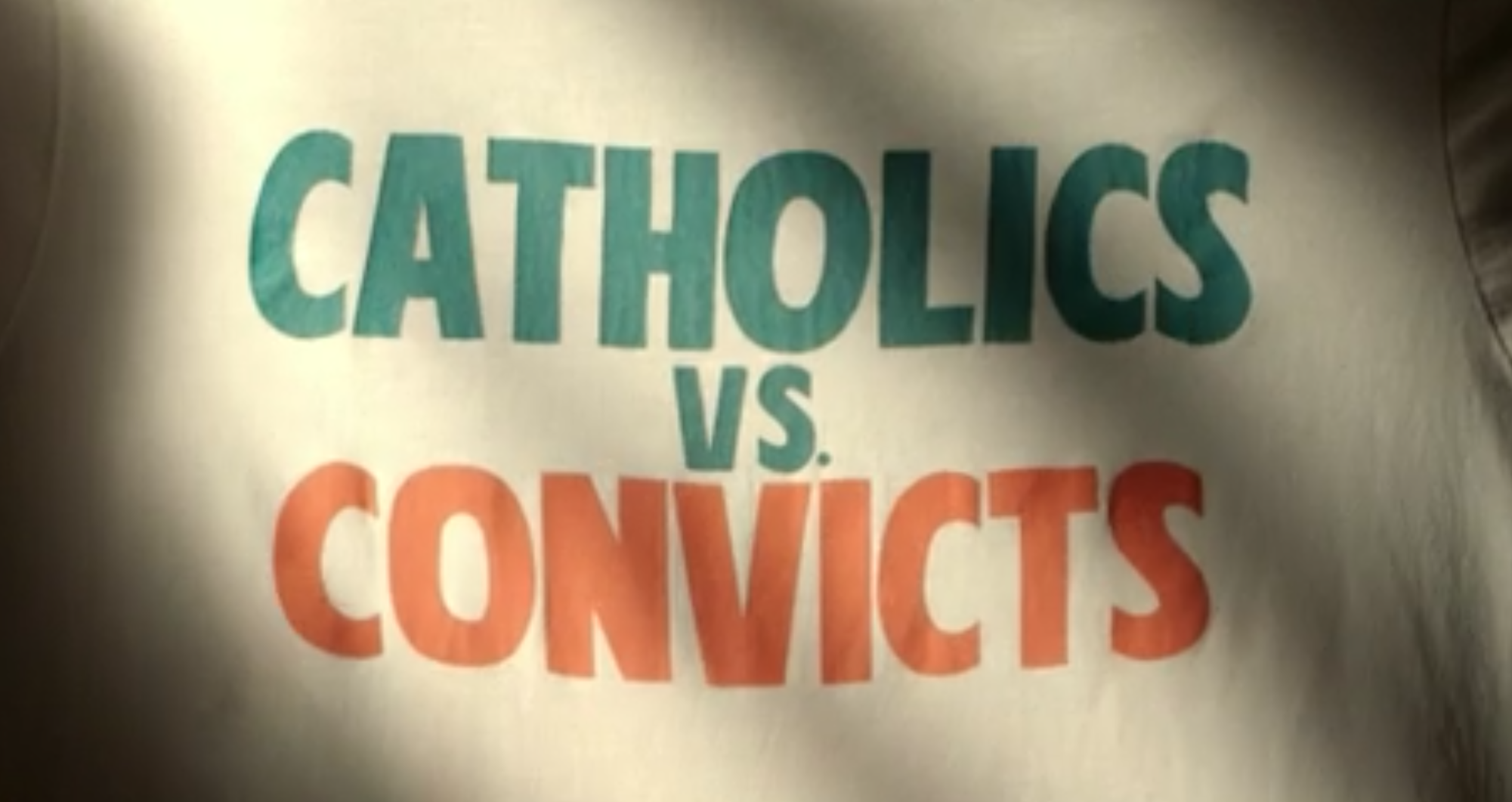 Installment – #87 by my count. ESPN considers this #91 as they count the OJ documentary as 5 separate installments (they also don’t count the “suspended” Down In The Valley installment)

Most Similar To – The Fab Five, Winning Time: Reggie Miller vs. The New York Knicks

Review-  If you’re a bit of a 30 for 30 buff like myself, you’re probably aware the post Heisman ceremony slot is typically where ESPN schedules some of their strongest and longest 30 for 30 installments, all of which have been football oriented. It’s with that in mind that expectations are a bit raised for this slot.

Clocking in at two hours with commercials, I unfortunately didn’t find Catholics vs. Convicts to be one of those breakout 30 for 30 classics that the post-Heisman slot has often produced but rather a middle of the pack installment (which isn’t that bad of a thing).

If you’re new to my reviews, there are two basic criteria in for them – 1) how good of a story is it and 2) how well did you tell it.

The story of the 1988 Miami vs. Notre Dame game is actually a pretty damn good story, one college football fans will eat up. And the game itself is actually retold really damn well. But where the film really struggles is the choppy one hour lead-up to the game where I think many viewers will struggle to stay engaged.

If I graded the first half of this movie, I’ll just say that it would be a grade that would have not gone over too well in my household. However, the second half of this movie is pretty stellar and for most will validate any inkling to hit the eject button. Knowing viewer habits (shorter attention spans, lack of patience, preference for shorter 1 hour or 90 minute installments), I fear a lot of folks will never get into real juicy parts of this film and that would be a shame.

If we liken a documentary to a car ride, unless you’re cruising through beautiful country roads at a good speed, most would prefer a shorter ride. Catholics vs. Convicts feels like driving in traffic during rush hour and stopping at a light every 2-5 minutes for an hour before getting on the freeway (where things certainly pick up).

The first hour just never finds a groove or gets into a good pace and I think part of that is because of a wide focus and commitment to linear storytelling. The film starts in 1985 and goes through the history of both programs leading up to the 1988 game jumpring around from topic to topic along the way. Mixed into the film are the personal memories and point of view of the filmmaker who was a Notre Dame student and narrates the film, his friend who designed the infamous shirt, and others either involved with the game or the production and distribution of the tee shirt.

I actually really enjoyed the specifics on the backstory of the shirt, but I’d say the layering of all of these various ingredients into the film is choppy. It didn’t mix well as the film often goes 2-5 minutes in one direction usually beginning to gain some momentum on that topic before moving somewhere else that may not be directly related and then only to move onto another subject a few minutes later. It’s probably what speed dating is like.

Narrowing the focus on some of these segments of the first half of the film or maybe just having some non-linear storytelling could have made this one of the more classic 30 for 30’s. 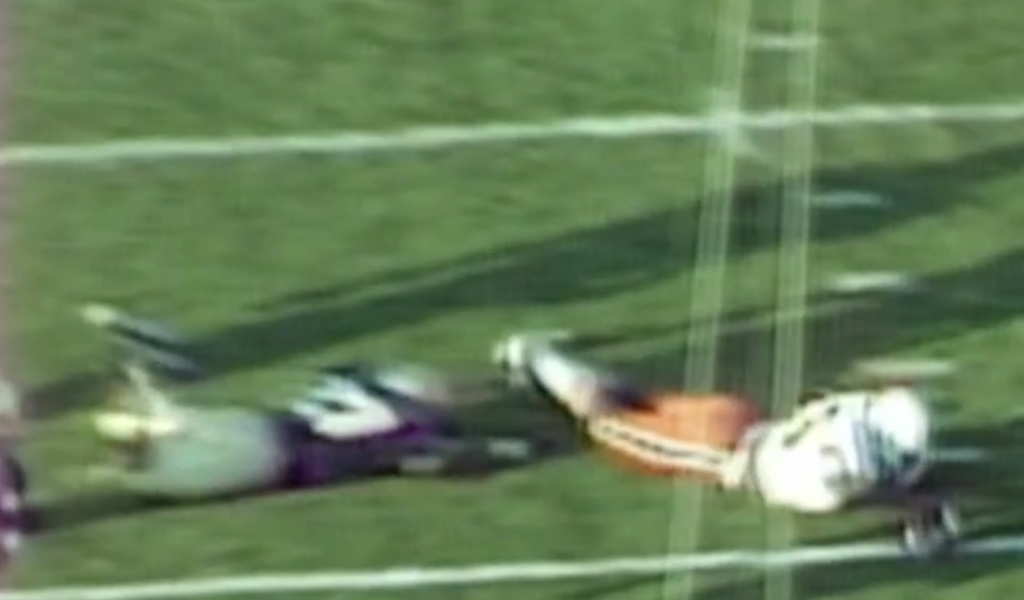 Now all that said, again this is a good story and it really shines in the second half. I think fans who remember this game will react more favorably to the film than my review. For younger college football fans, this also will go over well although there might not be the same connection in thinking of Miami-Notre Dame as a huge rivalry. I imagine this one might be a hard sell for a non-college football fan given the slow start and two hour commitment.

The funny thing is that I thought I knew the result of this game which took out the element of surprise for me. I boast that I have this great memory and I thought I remembered the outcome from watching the original Miami football 30 for 30, The U, and yet 80% into this movie I began to realize that I may have had that wrong. That was actually a nice payoff.

The back half of the movie, which is mostly devoted to the game itself is pretty stellar and aided by colorful retellings anchored around Jimmy Johnson, Lou Holtz, and Brent Musburger who I think may be the personality most featured in 30 for 30’s (which is TOTALLY fine with me).

Retracing two controversial officiating blunders and a gutsy coaching decision serve as high points for the film with the deep dive into the back story of the shirt itself really hitting its stride in the back half of the film as well. The combination of the game having the narrative and backstory it did, living up to the hype, still being referenced today, and playing such a definitive role in the National Championship that year certainly makes this one of the more compelling installments.

Ultimately Catholics vs. Convicts isn’t for everyone partially because of subject matter and partially because of the slow start but if you’re college football fan you’re certainly going to want sink your teeth into this one with the expectation that your patience will payoff in the end as you become immersed in one of the more significant college football games ever.