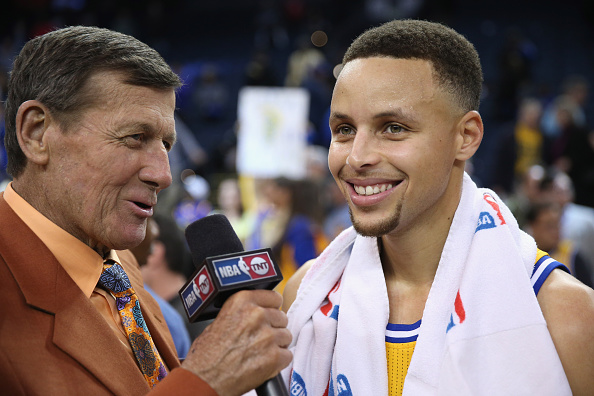 With most of their prime time during the year’s second quarter devoted to the NBA Playoffs, TNT was again the No. 1 cable network in prime time from late March thru late June. In 2016 in prime time, TNT averaged 2.102 million viewers — up 2 percent from the same time frame in 2015 (2.068 million). Despite a highly-rated Western Conference Finals between the Golden State Warriors and the Oklahoma City Thunder, the NBA’s other playoff series were not nearly as well sampled compared to recent NBA postseasons’ first round and conference semifinal series, and it resulted in TNT’s second least-watched second quarter within the past five years.

The NBA Playoffs’ other main cable outlet, ESPN, slipped nearly one percent in second quarter in prime time from one year ago; ranked sixth among cable networks overall for the quarter in prime time with 1.538 million. Euro 2016 in daytime in June still couldn’t help ESPN enough out of an overall decline — down about 1.5 percent in total day (6 a.m.-5:59 a.m.) from second-quarter 2015.

Marking noticeable year-to-year second-quarter percentage gains — the best of the cable sports networks this quarter — was NBA TV, up nearly 26 percent in prime time and up over 15 percent in total day, thanks to coverage of playoff postgame press conferences.

Copa America Centenario and the U.S. Open golf tournament bolstered FS1 to yearly gains of 6 and 9 percent in prime time and in total day, respectively.

Golf Channel continues its momentum of growth in 2016 with its best second-quarter ever. During the quarter, the network featured the PGA Tour tournaments that were won by Sergio Garcia (Byron Nelson, May 22) and Jordan Spieth (Dean & Deluca, May 29) as well as having offered all-day news and analysis of The Masters, The Players Championships and U.S. Open golf tournaments. According to Golf Channel, their coverage of the PGA Champions Tour during the quarter jumped 20 percent from its year-ago events.

The second quarter period of…: