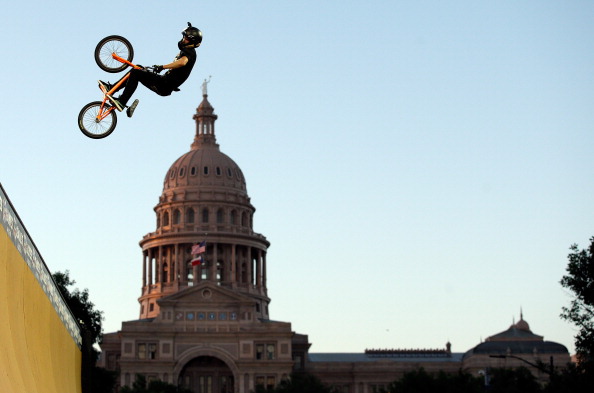 From June 4-7, the X Games return to Austin, Texas. ESPN is the broadcast home of the event and will be airing 26.5 hours of live coverage over the four days on ESPN, ABC, and ESPN3. Though attendance for last year’s games was the best in a decade, television ratings saw a major dip as the annual event moved from late July/early August to its new early June slot. Heading into year two in Austin, will the X Games see ratings rebound or will the event face a future that is marginalized at ESPN?

The on-site portion of the 2014 X Games was a great success. According to Sports Business Journal, attendance in Austin was 160,000 over four days, a 74 percent increase from the 2013 games in Los Angeles. It was also the highest attendance figure since 2004. On-site sponsors were definitely pleased with the large increase in attendance, though this was likely due to Austin’s first love, music festivals. ESPN capitalized on the new location by adding a music festival headlined by acts such as Mac Miller and The Flaming Lips.

When ESPN signed its deal with Austin, it also moved the event up by nearly two months in order to cope with the Austin heat. This change did not bode well on television, however, as ratings for ESPN’s portion of the event fell by 31 percent from 2013’s games. Part of this is likely due to weather delays in BMX Big Air and freestyle motocross, but these delays do not fully explain the drop. ABC’s ratings were better, but not significantly. ESPN3 exclusively aired 7.5 hours of coverage, though ratings for the streaming are unavailable. When baseball was its only competition in the late summer, ratings were stronger, but now that the X Games have to compete with the culmination of the NBA and NHL seasons, mainstream sports fans are less likely to tune in.

That leads into this year’s games, in which the same 20 hours of coverage will be split into similar time slots as last season, though the event schedule differs from last year. Interestingly, ESPN3’s coverage is down from last year. The official ESPN press release boasts 6.5 hours of streaming coverage, though only 5.5 hours are listed in the itinerary and, even then, the online coverage is not completely sports focused. Following up last year’s music festival theme, there is a Metallica concert on Saturday night which will be streamed on ESPN3. A Metallica concert puts the E in ESPN, though I’m not sure they will resonate with hipster Texans.

In 2013, ESPN attempted to globalize the extreme sports competition and take the X Games worldwide. The winter games were held in Colorado, but they also had a second event in France. The summer games were given even more funding as events were held in Brazil, Spain, and Germany before culminating in Los Angeles’ host city swan song. That decision backfired on ESPN as the international games failed to make money and were immediately canceled after the first year. Even with the X Games back to just a singular event on domestic soil, ratings were down from 2013, which throws any excuse of saturation out the window.

After a failed worldwide expansion and declining ratings domestically, the 2015 X Games have reached a fork in the road. Does this foreshadow the end of the event? Not necessarily. As long as there are no major weather delays, ratings should rebound at least partially this year for the second edition in Austin. In the end, I think the X Games will be fine, though ESPN will never give them much pull compared to top-tier, and even some second-tier, sporting events. Even so, the X Games still provide valuable live sports programming for the network during the summer months. And given ESPN’s ownership of the event, the network will give the X Games every chance to try to rebound from recent struggles and still find long-term success. Austin has two more years left on its deal, and only time will tell what ESPN decides to do in 2017.