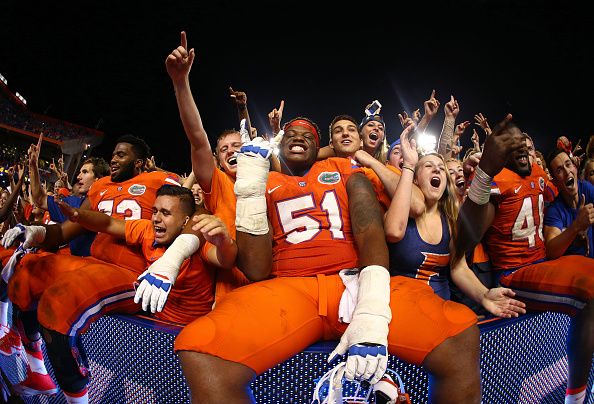 When have you ever seen anyone rank the Top 11 in something?  Nobody ever lists the Top 11 in anything.  11 isn’t a round number, heck, it’s not even divisible by anything.  You rank numbers that are round or maybe if you’re feeling bold, a number divisible by 5.  Top 10 lists, Top 5’s, maybe even Top 25’s.  Only Buzzfeed would be silly and ironically self-aware enough to rank the Top 11 of something, and even that would only be just to get comments asking why they went to 11.

So when SportsCenter suddenly decided that after years of tweeting out Top 25 and Top 10 rankings that this week they would tweet out a Top 11, it led to a lot of this…

Especially after seeing who #11 was in this week’s poll….

One of Clemson or Florida State was ranked #11 in the last four weeks of the AP Poll, but they didn’t get a shoutout from SportsCenter.  Then again, ESPN doesn’t have hundreds of millions of dollars invested in an ACC conference network, do they.

Nobody ever shares the Top 11 of anything. But, you know, SEC. https://t.co/I2L3fEXuXV

@sportscenter had to go to a AP top 11 to make sure they get some SEC teams in there. Lol #notbiasedthough pic.twitter.com/skrMVDrzyF

When you re-brand the Top 10 as the Top 11 so you can shamelessly include one more SEC team. https://t.co/6SEmRA0tJC

Even ESPN’s own resident SEC skeptic Danny Kanell was questioning ESPN finding a newfound appreciation for giving some pub to the 11th ranked team in the country.

Let’s play devil’s advocate here… maybe the SportsCenter account just wanted to make sure they didn’t leave any wasted character space.  It’s either that, or they wanted to showcase an extra SEC team in the rankings.  Or they just wanted to screw with people.  There’s no other possible motive here.

Is this part of ESPN’s evil plan to help the SEC take over the world?  I doubt it.  But don’t go on national television and call people “stupid” and “uninformed” for thinking ESPN favors the SEC and then start randomly tweeting out Top 11 rankings that include an extra SEC team.  Because then you’re just asking for it.