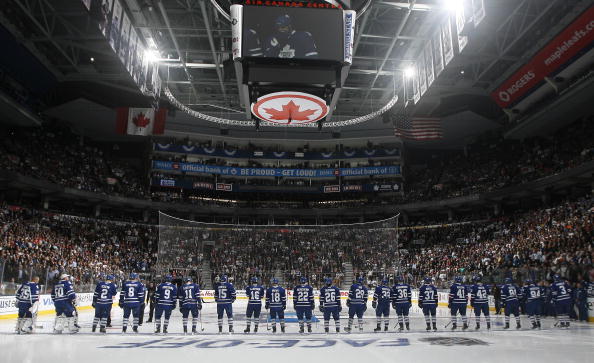 As we get ready to drop the puck on a new NHL regular season, there are a few changes as to how you’ll watch the games for 2015-16. While NBC, NBCSN and NHL Network remain as the outlets in the United States, we’ll see more of Kenny Albert, less of Dave Strader and a new analyst who will be “inside the glass.”

NHL Network has new digs at MLB Network’s headquarters in Secaucus, NJ and the NHL GameCenter app will undergo a huge overhaul come January. Let’s sum up how you will watch the NHL this season.

Starting with a doubleheader tonight, the NBC Sports Group will air a total of 105 games throughout the season. NBCSN will bring 93 games to the American people while NBC will air 12 games mostly on Sundays as part of its Game of the Week package.

NBCSN will have its regular Wednesday Night Rivalry games that have become a destination for fans. This season will have 24 matchups. The Wednesday night games averaged 565,000 viewers and seven of its rivalry matchups were among NBCSN’s top 10 most-watched NHL games of 2014-15.

Kenny Albert will have a bigger role on the NHL on NBC Sports Group. He’ll serve as the “B” announcer as he’s had that role during the playoffs calling one of the Conference Finals. Dave Strader who had been the “B” announcer during the regular season has become the TV play-by-play man for the Dallas Stars, but he’ll call a small number games for NBC/NBCSN.

The others who will call play-by-play for The Group will be Mike Emrick, John Forslund of the Carolina Hurricanes and from Canada, Chris Cuthbert and Gord Miller from TSN.

Brian Boucher joins The Group as a new “Inside the Glass” analyst. Pierre McGuire returns as does Brian Engblom as rinkside analysts. Joe Micheletti will also continue as a part-time analyst when he’s not working on MSG Network calling New York Rangers games. Eddie Olczyk is back as the main analyst sitting next to Doc Emrick.

Some of the highlights of the season for NBC/NBCSN:

NHL Network has moved from Toronto to MLB Network’s headquarters in Secaucus, NJ. It’s part of a new six-year deal between the NHL and MLB Advanced Media.

We already told you about the talent roster at the network. The network will produce two original programs that will originate from MLB Network studios, the NHL Tonight live cut-in and whiparound show which will be hosted by Jamison Coyle which will air between 7-10 p.m. ET and On the Fly, the wrap-up and highlights program at 10 p.m. which will be fronted by Jamie Hersch.

The shows will be based out of the Hot Stove and Studio 21 sets at MLB Network.

NHL Network will continue to air selected games from the Sportsnet Hockey Night in Canada package on Saturday nights.

The out-of-market online product now has a single team package for those who don’t want to buy the entire enchilada. Starting in January, the NHL app and NHL Gamecenter will be taken over by MLB AM which will bring some upheaval. Currently the NHL app and Gamecenter are managed by NeuLion and you’ll see changes in the New Year.

The satellite radio provider signed a new six-year extension that will last through the 2021-22 season. It means subscribers in the U.S. and Canada will have access to live local calls of games plus original programming.