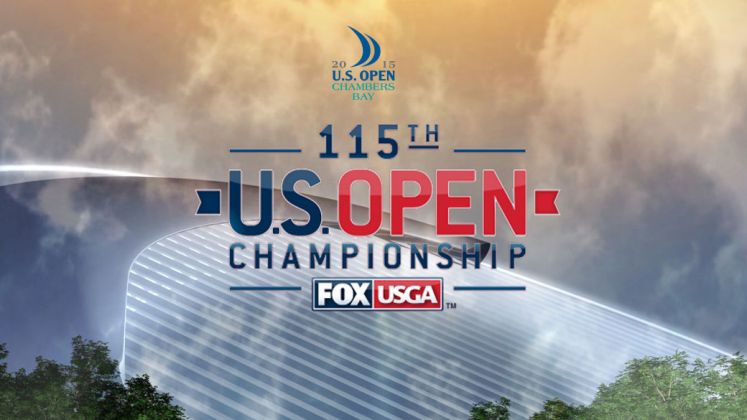 If you’ve been watching any of the Fox networks, you’ve probably noticed the high number of promos hyping the coverage of the U.S. Open which finally takes place this week at Chambers Bay in Washington. After being on NBC from 1995 through 2014, the U.S. Golf Association begins a 12-year partnership with Fox Sports that gives the U.S. Open a long-term home well into the next decade.

Without even airing one second of the U.S. Open, Fox’s approach already has one noted sports media critic worried, but unlike Dr. Doom in New York, let’s all wait to see how they do for at least the first day before making a judgement.

And with the Open being played in the Pacific Northwest, it means that coverage of the tournament will spill into primetime for all four rounds in most of the country. Here’s how the schedule on Fox and Fox Sports 1 shape up starting this Thursday (all times Eastern):

So for the first two rounds, golf fans will get 11 hours of coverage on Fox Sports 1 and Fox. Unlike when the U.S. Open was split between ESPN and NBC, you won’t have split announcing crews. So instead of Chris Berman (“Let’s go to eh.. ah ..  Roger ‘Chocolate’ Maltbie”), Mike Tirico and Scott Van Pelt transitioning to Dan Hicks and Johnny Miller, you’ll see the Fox crew all day. 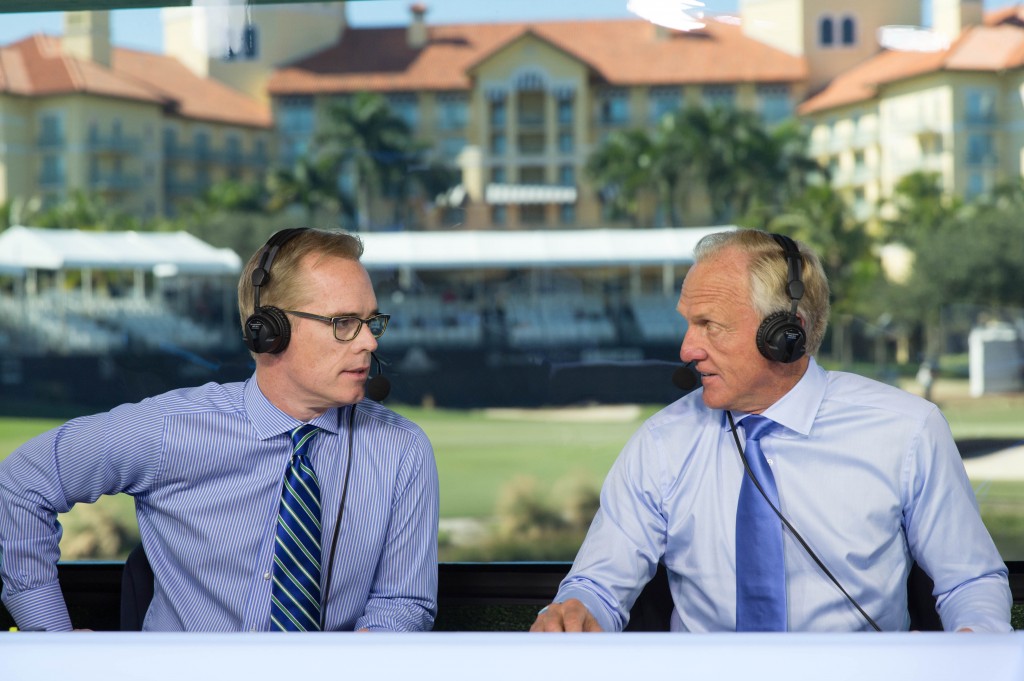 We already know that Joe Buck and Greg Norman will be your 18th tower crew. Who else will be involved for Fox and Fox Sports 1? Curt Menefee from the NFL on Fox and Shane O’Donoghue (host of Living Golf on CNN International) will be the hosts of the event. Familiar golf names Brad Faxon, Corey Pavin, Juli Inkster, Tom Weiskopf, Steve Flesch, Scott McCarron and Jay Delsing will be the analysts and personalities who will be part of the coverage. On-course will be Charles Davis and Holly Sonders who was lured away from Golf Channel last year. David Fay will be on call as the rules analyst.

Those are the people you’ll hear announcing the event. What about the visuals? Well, Fox plans to provide views that haven’t been seen on golf coverage. At least that’s what they’re telling us. Here are a couple of paragraphs from a recent press release:

“All of the initiatives fall under the newly created banner of FOX LAB, a designed approach to exploring technical partnerships that give viewers a fresh perspective and ad sales teams more targeted sports integrations.”

That all sounds nice, but the proof will be in the production. Already, Fox has provided sneak previews of their drone footage from Chambers Bay on YouTube:

Now here are some other features Fox is touting for its U.S. Open coverage:

So it all begins on Thursday and provided there’s not a playoff, it should end on Father’s Day. Plenty of golf over four days and we’ll be watching to see how Fox does on a new event.