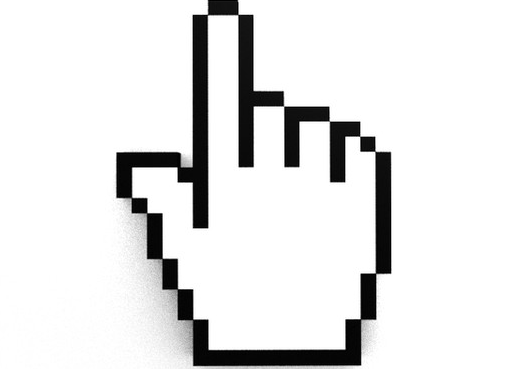 The Columbia Journalism Review‘s Alexis Sobel Fitts posted a fascinating piece this week (found via Erik Malinowski‘s excellent newsletter) profiling Chartbeat CEO Tony Haile, head of an online analytics company with an unusual mission. As Fitts writes, “Instead of simply monitoring journalism, Chartbeat wants to save it.” How does Haile plan to do this? Shifting web advertisers’ focus from the amount of clicks stories draw (such as the typical metric of cost per million impressions, CPM) to the amount of reader attention they draw. This isn’t measured in just time-on-page, either, as many people open tabs and only read them later (if at all). Instead, Chartbeat’s pushing for “engaged time,” which tracks if people are reading and when they stop.

It’s a remarkable concept, with some solid thought behind it. For example, a November 2014 Ad Age piece reported that the Interactive Advertising Bureau estimated 36 per cent of web traffic came from bots. Farhad Manjoo’s 2013 Slate piece examining the results of Chartbeat data scientist Josh Schwartz’s studies on reader attention estimated that 38 per cent of clicks didn’t lead to anything being read at all, and of those who did read, only half read beyond the first few hundred words. Thus, the click-based approach has significant issues. Changing a whole industry’s well-established paradigm won’t be easy, but some key journalism outlets and advertisers are starting to favour a more attention-based strategy. If the attention approach keeps spreading, what could it mean for the world of online sports journalism?

First off, this could help to make good longform journalism self-sustaining. There’s plenty of quality longform out there still, but much of it, such as the efforts from Sports Illustrated and SB Nation, are subsites within bigger companies. Without access to the traffic numbers, it’s unclear if those efforts could stand on their own, but they obviously have issues in a click-based economy. Not everyone wants to (or has time to) regularly read long pieces. However, if someone is going to devote themselves to reading thousands of words, you’ve got their attention for a much longer span than you would have with a quick 250-word post (and you also have much more room on the page to potentially sell advertising). An attention-based economy should favour these pieces more than the current one does.

Of course, this only works if it’s good longform that people actually read rather than click on and never get to. It’s also important to keep in mind that this doesn’t completely replace clicks. Chartbeat’s own page on “Engaged Time” says the ideal is “great traffic, great engagement,” or a combination of clicks and attention, so a longform piece that 50 people devote themselves to reading all the way through is still probably less than ideal. Still, a wider adoption of attention metrics likely bodes well for longform content.

Attention metrics would also further incentivize sites to invest in other original content. Quick hits with provocative headlines and/or remarkable photos will still do well in clicks, of course, and they’re unlikely to ever go away entirely, but those short posts don’t hold reader attention for long. Typical-length stories take longer to consume (but without the time investment required for longform), and so if they’re good enough to keep readers engaged throughout, they could become more valuable under an attention-based paradigm. One way to make those good enough is by offering original reporting or analysis, stuff that can’t be found at every web outlet.

It’s notable that there are merits to attention beyond just the actual time spent on the site in any given session. Schwartz’s 2013 research found that “users’ Engaged Time is strongly correlated with their loyalty to your site,” making them much more likely to return to it regularly. Part of this is about building the perception of your brand; hiring trusted names from outside (something sites like Bleacher Report have tried) or investing to keep the writers you already have can be crucial here. Attention metrics would also seem to favour nuanced writers over provocative ones; many may tune in with a click just to see an outrageous take, but a more thoughtful argument may be read more closely and carefully (boosting engaged time), and if the reader likes what they find, they may be inspired to return again.

Shifting the metrics would be negative for some content too, of course. Remember that a metric shift in and of itself isn’t altering how much people read online or what they read online, just how it’s tracked and how valuable it is for advertisers. Thus, if some things like longform and highly-original content rise in value, others must fall (unless the pool of advertising revenue grows). Logical candidates for a decline would seem to be quick, sometimes-provocative posts aggregating photos and tweets. They’ll still likely pull in the same amount of clicks (unless audience habits change), and they’ll still have value thanks to that (advertisers aren’t going to stop caring about total views completely), but if they can’t retain attention for long, they wouldn’t be as valuable under this approach.

In the end, it seems likely that clicks and attention will both have some role to play. Having a big audience is great, and having an engaged audience may be even better, but the real goal is to have a big engaged audience. Perhaps the real metric to focus on is something like clicks times attention; increasing either can work, as both are necessary. Clicks aren’t going away completely any time soon. However, it looks like more and more journalistic outlets and advertisers are starting to focus on attention as well. A larger role for audience attention online is a useful idea, one that could be truly beneficial to original and longform content, and it may be one whose time has come.