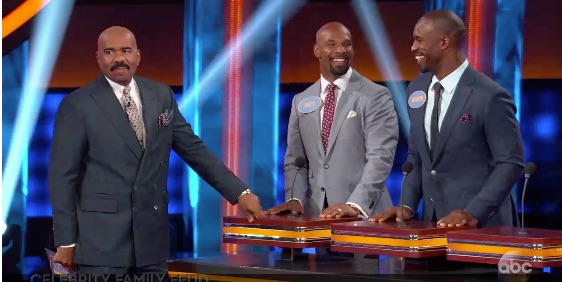 While we anxiously away the Gronk family making its debut on Celebrity Family Feud, the long-running game show got some other NFL players to take part in their primetime ratings extravaganza. It didn’t go great for Vernon Davis.

The 49ers tight end is a wonderful player, and a apparently a terrible game show contestant, after two of the worst answers in the history of the show Sunday night.

When asked “which part of a woman’s body speaks the loudest” to a man, Davis said, “her feet.”

Perhaps Davis is just trying to open up the door for a trade to the Bills! (I had to. I… had to.) The rest of his team couldn’t even muster a “good answer, good answer” for him.

The thing is, as bad of an answer as that was, what would have been a good answer? According to the actual top answers on the board, a lot of racy stuff. (Via SB Nation) 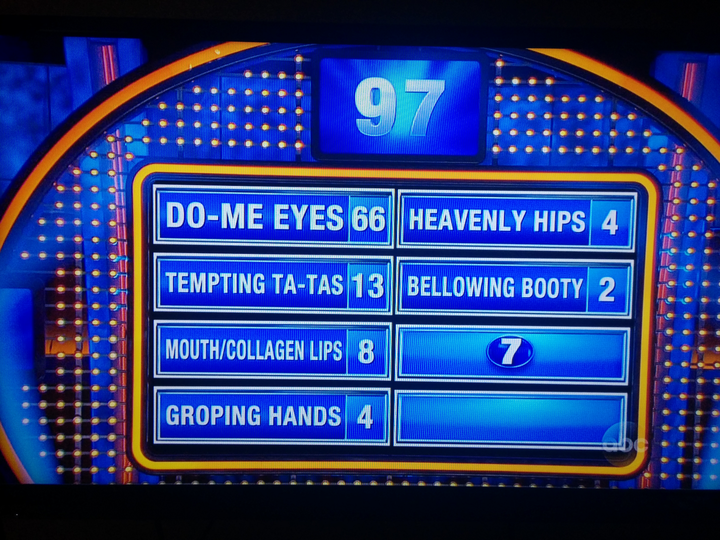 Let’s remember that while this is in primetime, sure, the show is called Family Feud, not Creepy Uncle On Thanksgiving During Dessert Feud.

What even are “groping hands” and how would they be the part, or parts, of a woman’s body that speak the loudest? Besides, if hands were good enough to be on the board, why wouldn’t feet be? Is a hand fetish any less creepy than a foot fetish, or any more popular? Or because they are “groping” hands, that’s more of a suggestion of what part on the man they’d be groping, specifically.

Regardless, the answer makes no sense, and while I get the producers are trying to be more mature with their questions and answers, these are just plain awful and gross and, I mean, seriously “collagen” lips? Even Richard Dawson thinks that’s a little over the top.

This is not the creepiest thing Family Feud has put on the air, mind you. A listener to my radio show sent in a screen capture from another episode that asked “what does a caveman want when he grunts?” 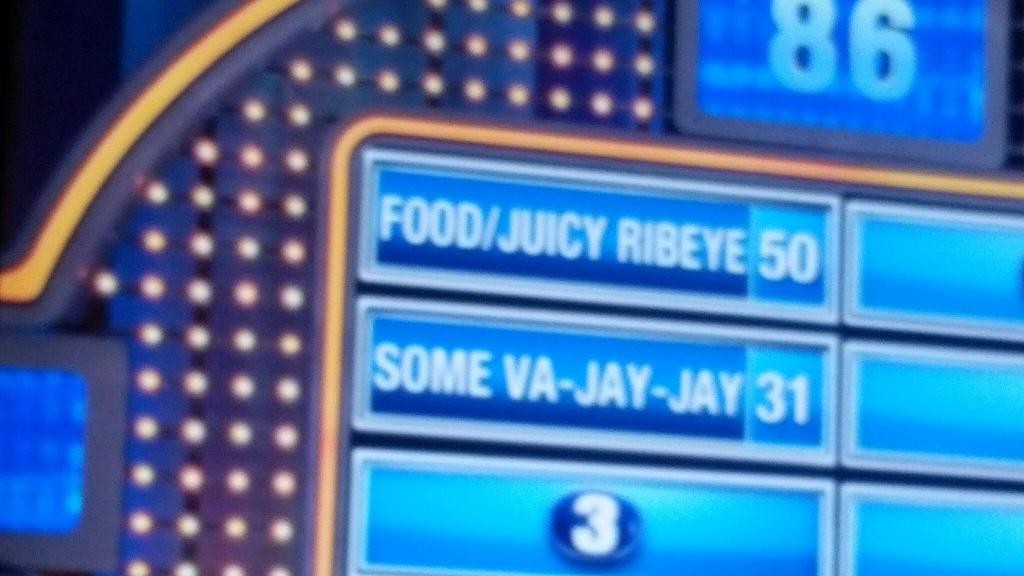 I never knew that’s how that was spelled. And what in the hell might the third answer be. Wait, I do not want to know.

Back to the NFL celebs, Davis wasn’t done at the feet, by the way. When asked for “a word that comes after strip” which off the top of my head could only be “search” “tease” “club” or “mall”—I’m sure the NFL just LOVES the connection between its athletes and most of those answers—Davis said…what?

At least he can catch footballs.