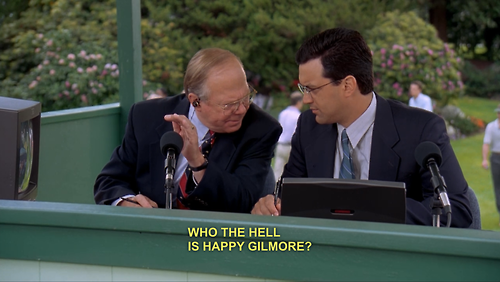 It was a cold, gray, miserable day in Irving, Texas… and that description applied to the fortunes of the home team on the football field, even more than the weather conditions.

December 26, 1983. It was a day when the Dallas Cowboys’ level of play was worse than the dreary tableau above and inside Texas Stadium. If the hole on top of the old building was meant to enable God to watch the Cowboys play, God might have gone blind, because the Cowboys looked like the crumbling dynasty they in fact were at the time.

From 1966 through 1983, the Cowboys made the playoffs and lost fewer than six games in every season save one (1974). It was and is and will remain one of the great periods of prolonged excellence in the history of North American professional team sports, not merely the NFL.

This fact forms the backdrop for the announcement that Lundquist will return to the Cowboys’ radio booth for a special one-time-only engagement on opening night: Sunday, September 13.

Brad Sham, the team’s longtime radio voice — who partnered with Lundquist in the booth for several seasons, beginning in 1976 as a color analyst — will miss the Sunday broadcast due to religious obligations. Sham is Jewish, and the night of September 13 is Rosh Hashanah, the first night of the Jewish New Year.

(A great primer on Sham’s marvelous career, from a few years ago, can be found here.)

Lundquist joined the Cowboys’ radio broadcasts in 1967, part of his rise as a popular and versatile voice in the city of Dallas and surrounding areas. He was therefore a part of the Cowboys’ radio team when Vince Lombardi was still coaching the Green Bay Packers and the AFL-NFL merger had not yet occurred.

Over a decade and a half later, Lundquist was still there when the magic died in Dallas. His call of the Cowboys’ loss to the Los Angeles Rams in the NFC wild card game — on December 26, 1983 — marked the end of that 18-year run of greatness under Tom Landry. In one of those poetically appropriate intersections between one career and another, Lundquist moved on with his journey in broadcasting when the Cowboys began to make the long, slow transition that would ultimately lead to the arrivals of Jerry Jones, Jimmy Johnson, and their brief but luminous period of ultimate power in the 1990s.

Indeed, in 1984, when the Cowboys began their descent and a new era in their history, Lundquist moved to CBS Sports, beginning a long and fruitful association with Black Rock that continues today, as the lead voice for the SEC on CBS.

Interestingly enough, the end of CBS’s 47-year relationship with the U.S. Open tennis tournament means that Lundquist — as detailed in this piece by Barry Horn of the Dallas Morning News — is spending the second Saturday of September calling an SEC football game instead of taking the afternoon off. In past years, CBS would have had September 12, 2015 set aside for tennis, but not this year. If CBS had still carried the U.S. Open men’s semifinals, it would have been much easier for a fully available Lundquist to help out Sham, a longtime friend. This year, the SEC on CBS might have gotten in the way, but Lundquist clearly felt he was up to the task of calling football games in two separate locales on consecutive days.

Lundquist’s return to the Cowboys’ radio booth will bring back a flood of memories for Dallas residents old enough to remember the zenith of the Landry years. Of all the calls Lundquist made during his career in Dallas, none is more memorable than this one, from Super Bowl XIII on January 21, 1979.

Cowboy tight end Jackie Smith — an NFL Hall of Famer — dropped a tying touchdown pass in the third quarter of an epic contest against the Pittsburgh Steelers, and Lundquist’s call captured the anguish of both the player and the fan base:

In week two of the NFL season, Brad Sham will regain his normal place in the booth, and the longest-tenured broadcaster in Cowboy history will return to his job.

Yet, before Brad Sham, there was Verne Lundquist. For one night, the voice of the Cowboys in their initial “America’s Team” glory days under Tom Landry will get to roll back the years, one more time.

Verne Lundquist — bless his heart, he’s got to be the happiest man in America.