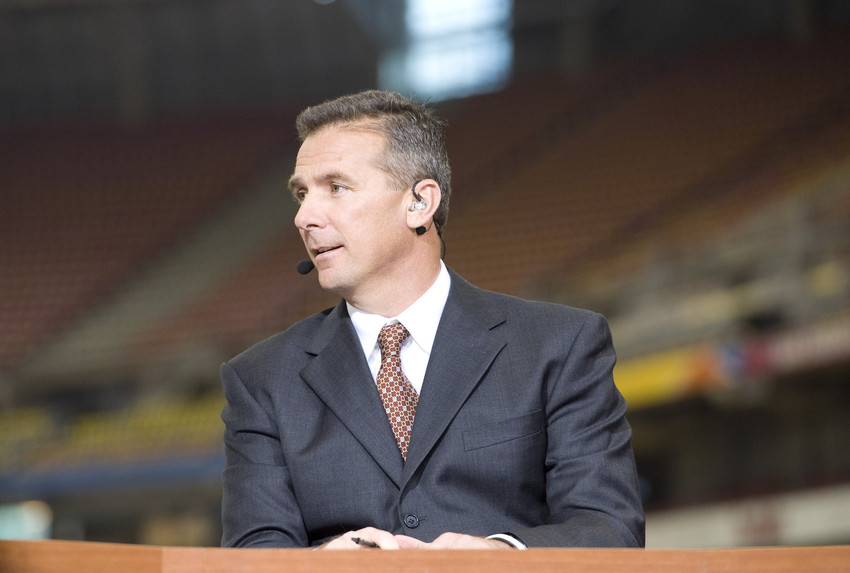 Ever heard those complaints from mainstream journalists that bloggers just make them work to deny silly rumors? Well, that happened this week with ChatSports’ Thursday story of the Cleveland Browns offering Ohio State head coach Urban Meyer “the biggest contract in NFL history,” which Meyer had to shoot down in a statement Saturday. However, the blame here should be equally given to the mainstream outlets that picked up ChatSports’ initial rumor with no apparent checks or further investigation, including ESPN’s Pardon The Interruption, NJ.com and The Dayton Daily News. It’s not just the bloggers “in their mothers’ basements,” as Mike Wilbon would say, but the mainstream media amplifying these rumors that’s responsible for this story spreading to a point where Meyer felt a need to address it. Here’s what PTI had to say on the subject Friday:

What’s hilarious about this is how these mainstream outlets recognize the dubious nature of this rumor, but decide to pass it along anyway. PTI’s Tony Kornheiser (a former long-time Washington Post journalist, for those who like to idolize that paper’s sports section) leads off with “We have a story from a website we’re unfamiliar with, chatsports.com, so maybe it’s accurate, maybe it’s not, but it seems like fun, so we’re going with it.” And here’s how Dayton Daily News staff writer Sean McClelland opens his piece:

According to a website I’ve never heard of, the Cleveland Browns are poised to offer Ohio State football coach Urban Meyer the most lucrative deal in NFL history to turn around their fortunes.

OK, I know it could be some kid in his basement, but Chatsports.com says Browns owner Jimmy Haslam is prepared to offer Meyer more than $10 million a year, nearly doubling his annual salary, to become Cleveland’s fifth head coach in eight years.

That’s some fantastic journalistic rigor there, guys. Yes, reporting on reports isn’t that uncommon, but usually those initial reports come from someone with some credibility. ChatSports doesn’t have that. In fact, Mack Ferguson, the credited writer of this piece, has one tweet and 10 followers. Here is his only tweet:

@reggie_bush Have you checked out our new Saints page? http://t.co/NTmfOzn Check it out and RT if you like it!

Chat Sports? The site that takes everything I write and runs it as their own content? Yes, it's a totally legitimate investigative source.

Brian Cook of mgoblog has also written that “Chatsports just lies about things, all the time, in search of traffic” and that they have “hilariously fabricated” stories. So, you know, this isn’t exactly the most reliable source. It’s particularly interesting that PTI, nj.com and the Dayton Daily News didn’t bother to do much looking into Chatsports before passing this along, and PTI in particular deserves some criticism. How many college football and NFL reporters does ESPN employ? How hard would it be to text one of them to see if there’s any substance at all to this before discussing it on the ESPN airwaves?

Yes, these outlets included some disclaimers, but if you need to put in that many disclaimers, why are you passing along this story in the first place? The actions here seem a lot like what Wilbon and Kornheiser were recently railing about, those who “sit back and wait for someone else to report something” and “aren’t there.” They decided to pass along this report with no information that it contained even a smidgen of truth, and they helped turn an unverified Chatsports rumor into an actual story Ohio State’s head coach felt he had to address with a statement. So good job, everyone. The state of journalism has never been stronger.