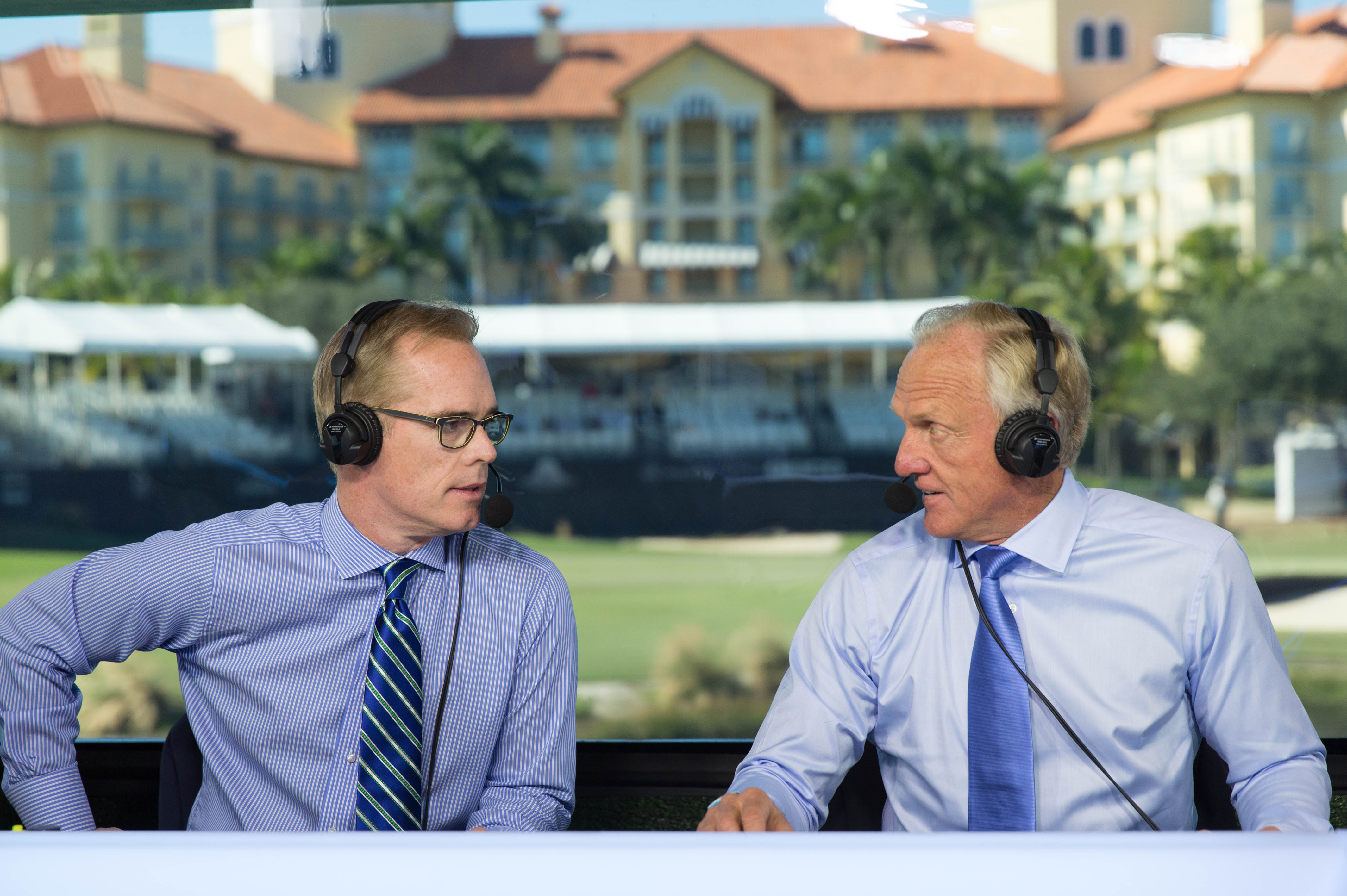 Though it aired with considerably less fanfare than the U.S. Open, the U.S. Senior Open was a second chance of sorts for Fox. Last weekend, the 50-and-over major championship aired on the Fox family of networks. It was a good opportunity for Joe Buck, Greg Norman, and company, to improve upon last week’s Fox golf debut. Since only a week has passed since the U.S. Open, not everything could be fixed, but some small improvements were made. The broadcasters still need to get used to working together and giving more biographic information on the players, but overall, Fox took a step forward in their golf coverage.

A lot of complaints from last week revolved around too many graphics and too little ball flight coverage. With much less gusto surrounding the U.S. Senior Open, it seemed like Fox took fewer risks, following balls more and leaving the more revolutionary graphics at home. It also felt like Del Paso Country Club was a much easier course, both on the golfers and on the cameramen.

Though the broadcast wasn’t perfect, it was better than last week. There were still some awkward moments from a production standpoint, including on Sunday when Jay Haas and Rocco Mediate teed off on the first hole. The cameras stayed on Haas after his shot, where he yelled fore and stayed mostly still watching his shot end up in a bad spot. Mediate’s shot got the graphics treatment, but there was no shot follow in the air. Later on, Bart Bryant walked through the digital shot line, which didn’t work like the fourth down line in football because the line went through him instead of disappearing.

On Sunday, a very weird point was made comparing Tom Watson and Colin Montgomerie, focusing on how it can sometimes be better to climb to the top than to start the day at the front of the pack. The comment didn’t exactly fit the situation as both players started the day at -4 and were paired together. Speaking of Montgomerie, it felt like the coverage continually returned to him over the weekend. I’m pretty sure Fox showed every single one of his shots over the final 36 holes, which makes some sense as he is the reigning champion and he carded strong rounds each of the final two days, but there were 14 players ending moving day two shots or fewer off the lead.

One graphic that most fans enjoyed was the “always on” leaderboard. This worked well to show the leaders, but Fox still didn’t go to the extended leaderboard often enough, especially when so many players were within a stroke or two on Saturday. Even a periodic scroll in the bottom right corner would really improve this area of the telecast. As Jeff Maggert pulled away for the win, the graphic was less necessary. When Fox tried to use the graphic as a stat table, the font was too small. Even though televisions are getting larger, people are also watching on phones and tablets more, and Fox needs to be careful their graphics can be read without squinting regardless of the device used.

Another big issue from the U.S. Open revolved around the broadcasters and how they needed to gel better with each other. Joe Buck was his usual self, which means he called the game simply as it came to him. So many people hate on Buck, but he was solid and once again not the problem. Juli Inkster and Scott McCarron sounded like naturals as golf analysts, but they talked over each other at times. I also noticed a few disparities between the analysts and the graphics in terms of player club choice, which is a smaller detail that has to be ironed out (no pun intended). Greg Norman seemed more comfortable this week as he clearly has many connections to the Champions Tour players, but still has room for improvement. That piece of advice can apply to all of the broadcasters, though. Brad Faxon was the most polished of Fox’s analysts, but felt underutilized. He made some great points, including one about Bernhard Langer’s intensity and work with his sport psychologist. I wish he could replace Norman in the lead chair, but Dan Levy already explained why this won’t be happening anytime soon.

The broadcasters could have also done much more to tell viewers about the golfers. I follow the sport on a semi-weekly basis, but I can’t tell you much about Maggert, even after watching the broadcast. Maggert had limited PGA Tour success during a lengthy career and the fact that I needed to search to find the most nominal details about him means that Fox failed in getting me to invest in him. The casual fan would have been left out in the cold over the weekend as the broadcast seemed to cater more towards the hardcore golf and maybe even Champions Tour fan. The viewers need to be introduced to the golfers, especially those who may not have been household names on the American PGA Tour, even if it is just simple facts such as age, hometown, and past results. When Fox does a football game, they are able to have a 30-second bio and graphic for a player that is followed by smaller points peppered in throughout the game. I think that approach would have worked well this weekend.

Along with fewer graphics, Fox realized that less can be more from a people perspective. Curt Menefee and Tom Weiskopf, two of the worst parts of Fox’s U.S. Open coverage, did not make the trip to Del Paso. This alone improved the broadcasting quality. In terms of post-round coverage, Holly Sonders and her big screen television made a not-so-triumphant return this week. It was still a weird setup, but she wasn’t utilized a ton this week, especially on Sunday. There was a smart transition to Corey Pavin, who worked on-course last week for Fox, on the final day and that made for a comfortable interview with some good insight.

Overall, there was some improvement in Fox’s sophomore outing as a golf broadcaster. The broadcasters were still somewhat uncomfortable with each other, but this takes time to fix. Fewer competing voices and the removal of some weaker broadcasters improved the overall quality, though there were still some issues. A graphical pullback and a much more traditional-looking course allowed for a cleaner broadcast. Fox knows that golf fans can be picky, but an overall improved broadcast has to be appealing to even the staunchest of haters. The U.S. Women’s Open is less than two weeks away, and that gives the Fox team one more chance to call a golf major this year.