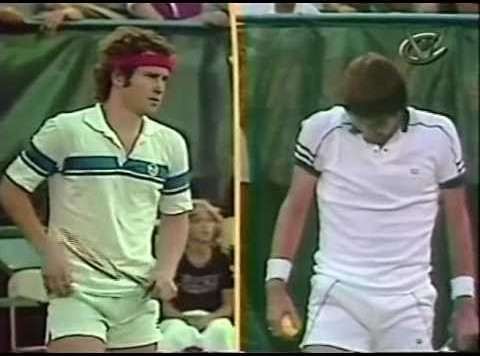 The Super Saturday format used at the United States Open tennis championships was officially retired in 2013. That year’s tournament marked the end of the United States Tennis Association’s decision (in partnership with CBS television) to put two men’s semifinals and the women’s final on the same order of play.

Yet, in reality, the possibilities suggested by Super Saturday — the possibilities created roughly three decades earlier at the Billie Jean King USTA National Tennis Center — had long since evaporated. For one thing, Super Saturday — in its intended form — found only one incarnation from 2008 through 2012. During that five-year stretch, only the 2010 U.S. Open was able to complete all three Super Saturday matches on that Saturday. The nighttime women’s final featured the last of Kim Clijsters’s three U.S. Open titles, won over Vera Zvonareva in straight sets.

Beyond Super Saturday existed the inconvenient fact of volatile weather in early-September New York. Year after frustrating year, rain either truncated the Super Saturday schedule, washed out the Sunday men’s final, or both.

When was the last time the men have played a Sunday final at the U.S. Open? You have to go back to 2007 — nearly a full decade ago — when Roger Federer beat Novak Djokovic. (Say, they’re still pretty good these days, aren’t they?)

Super Saturday, then, has essentially been absent from the U.S. Open for six of the past seven years. However, one of its legacies — Saturday men’s semifinals for television — remained.

In 2015, things are finally — noticeably — different. Yet, in order to appreciate this new day, one has to understand the history behind its late arrival.

Only one primary American rights-holder has existed at the U.S. Open since the advent of the Open Era of professional tennis in 1968: CBS.

Images from that 47-year association are packed into the network’s sign-off after last year’s final broadcast:

CBS’s last several years at the U.S. Open were marked by all sorts of embarrassments, two of which are recounted here. Tennis became more of a chore than a joy for the network, but in fairness to CBS (and to NBC as well), the times changed. It’s true that leaders at America’s broadcast networks should adjust to the times, but the one thing that can be said in their defense is that “the way things were always done” used to work quite well. It’s a limited defense, but it is worth pointing out.

In the early 1980s, Wimbledon was tape-delayed during the week, and it was not an existential crisis for tennis fans. Breakfast at Wimbledon on the weekends, with NBC’s superb combination of top-notch production values and commentators (plus its iconic musical theme), set a gold standard for live-match tennis coverage.

As long as tennis fans had those live weekend championship matches in an era before ESPN and the internet enabled us to quickly gain information (the early 1980s also marked an era when HBO was Americans’ main TV resource for weekday Wimbledon tennis), life was decent — maybe not perfect, but decent.

I don’t travel to tennis tournaments, so my scope of experience is admittedly limited, but I’ve talked with American (and international) tennis fans on the internet for roughly 10 years, and based on that body of experience, the early 1980s are remembered fondly by Americans for what that period delivered on television.

What was true at Wimbledon was just as true for CBS in that part of tennis — and American television — history. Production values, commentators, overall packaging — they soared in the golden age of CBS Sports, easily America’s best sports network in that period through the early 1990s.

CBS Sports, tennis, and the United States Open all flourished in the early 1980s. The sport was still in its boom period; American stars and box-office rivalries littered the landscape; and the nature of competition was not as physically punishing as it is today. Racquet technology, sports medicine, and various other factors created a sport that could much more easily be played on consecutive days. Moreover, most of the great male players of that time relished being able to hit an extra ball, so it’s not as though the Saturday-Sunday grind for the men was eased by short points. (Ivan Lendl, Bjorn Borg, Jimmy Connors, and Mats Wilander outnumbered John McEnroe and, shortly later, Boris Becker.)

The thing people forget about the early 1980s at the U.S. Open — which leads to the heart of this piece — is that four years before “Super Saturday” became a household term, the U.S. Open delivered a pretty amazing Saturday: super, just without the label.

It’s not as though Super Saturday as a structure came into existence on September 8, 1984, long regarded as one of the greatest single days in tennis history. The Super Saturday NAME was born that day, but in 1980, the Open delivered a day of tennis which was almost as good.

The 1980 U.S. Open women’s singles final between Chris Evert and Hana Mandlikova went the maximum three sets — embedding is disabled, but you can watch by clicking here. The two men’s semifinals also went the distance, creating a 13-set Saturday which matched the more famous version in 1984.

Why did 1984 gain such a large reputation whereas 1980 did not? First, Bjorn Borg’s 1980 semifinal comeback over Johan Kriek — though certainly somewhat dramatic — did not involve a close fifth set. Second, Mandlikova (hardly unique in this regard) couldn’t move the needle the way a Navratilova-Evert final did. Third, the 1984 order of play for the first men’s semifinal began much later in the day due to an over-35 singles match between two legends of the game, Stan Smith and John Newcombe. The 11:16 p.m. end time for the 1984 Saturday of play in New York exceeded the earlier end time of the Mac-and-Connors semifinal from 1980. More Americans saw more of each 1984 match, bumped back in the viewing window for the day.

(It was one window, without interruptions between matches. This would differ from later tweaks to Super Saturday in the 21st century on CBS — the men would play two semifinals, followed by a break of roughly two hours, followed by a separate window for the broadcast of the nighttime women’s final.)

At any rate, if you love nostalgia and the sweet sounds of tennis on TV in the 1980s, here are the three shining components of the first widely-recognized Super Saturday in 1984. The Martina-Chris and Mac-Jimbo matches have the original CBS call by Pat Summerall, Tony Trabert, Virginia Wade (Martina-Chris) and John Newcombe (Mac-Jimbo):

After a day of tennis like that, who would not have wanted Super Saturday to continue? After a day like that, there’s no way CBS would have felt that abandoning the format would have represented the proper course of action.

It’s true that the women’s final, coming one day after the Friday semifinals, should have been slotted as the final match of Super Saturday, something CBS and the USTA didn’t do until 1999. The women’s final didn’t become a stand-alone night match until 2000.

In terms of the men’s semifinals needing to be moved from their Saturday position, it’s hard to pinpoint a year before 2008 in which a course of events screamed for change. However, in 2008, when a major storm struck on Super Saturday — and the USTA foolishly started the two men’s semifinals at different times (roughly 90 minutes apart), causing one match to be completed but not the other — the system’s manifest limitations became evident.

That didn’t happen… not under CBS’s watch.

At last, though, in 2015, ESPN — the new primary (and, as it turns out, sole) rights-holder — has brought about this enlightened schedule. We’ll have our first Sunday men’s final since 2007, but with a one-day break after Friday’s semis. We’ll have a stand-alone women’s final on Saturday, without the men sharing the stage.

Truly, finally, necessarily, any last vestiges of what once was the Super Saturday lineup have been fully obliterated. Not merely retired or in the background, Super Saturday is dead. It served a purpose in the early 1980s. It provided tennis fans with indelible moments, giving the sport a large made-for-TV presence and dominating that day’s headlines. It lived a good life.

Now, though, the funeral can be held after years spent on life support.

This leads to a postscript which is rather important as far as postscripts go, and not merely peripheral.

The summer furor surrounding Nick Kyrgios brought to mind the refrain — repeated to the point of exhaustion by non-tennis sports talkers in America — that “TENNIS NEEDS BAD BOYS.” This hearkens back to the 1980s, rooted in the misguided belief that the personalities, not the tennis, captured hearts and imaginations back then.

Those non-tennis talkers (since they don’t follow the sport closely) are, unsurprisingly, loud wrong.

Great tennis — a quality product — will always outstrip and exceed the value of not-as-great tennis played by an outrageously jarring and foul-mouthed individual.

It’s quite fitting, then, that as the tennis world appreciates this Golden Era of Federer, Nadal, Djokovic and Murray — great athletes but also very good sportsmen — the U.S. Open is very tangibly leaving the early 1980s behind this year. Kyrgios and an older time are both being buried. We can focus more on tennis and its joys…

… without being angry about a compressed U.S. Open championship weekend schedule, or a Monday final which causes millions of tennis fans to have to follow a signature event on a scoreboard or hand-held device.

It might have occurred several years later than it should, but at last, Super Saturday has fully — without any trace of its former existence — been laid to rest. In a real sense, so have the early 1980s.

We couldn’t have said it or known it on September 8, 1984, but today, yes — it’s a good thing for tennis, and for the sport on television in the United States.