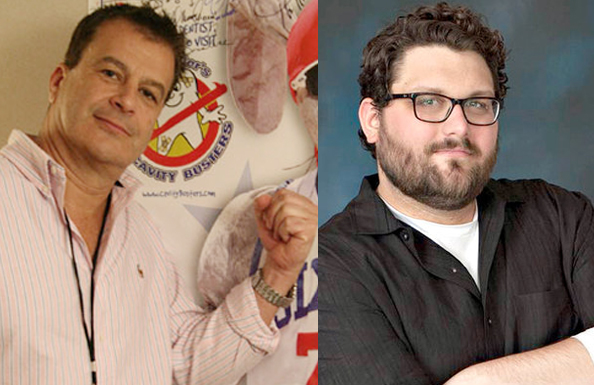 Forget about Chip Kelly. Over the last year, SportsRadio WIP afternoon drive host Josh Innes has been the most polarizing sports figure in Philadelphia.

Since coming to Philly from Houston, Innes has made quite the reputation for himself for, let’s call it what it is, being an absolute abhorrent jerk on radio. Masked inside a “call it how I see it” schtick, Innes prides himself on going after anyone and everyone he can. He’s perfect for Philly, and his bosses know it, jettisoning longtime radio hosts from the station in a concerted effort to make Innes its new face.

So @JoshInnesRadio IS philadelphia? I liked your show up until that statement. Now hope your ratings plummet for degrading our great city

With 94.1 WIP engaged in a somewhat surprising and seemingly everlasting ratings tussle with 97.5 The Fanatic, the Philly radio wars are as heated as ever. On Wednesday at Eagles practice, things nearly got physical.

First, some background: A few months after being run out of WIP after years as the host of it’s top-rated afternoon drive show, Anthony Gargano showed up at The Fantatic to host a morning show, moving Mike and Mike from the local ESPN FM affiliate to the AM dial. On the flipside, longtime radio voice Tony Bruno had a gig at The Fanatic that ended, sending him back to WIP to team up with Innes in a show that replaced Gargano. Rob Ellis, who was paired with Innes for a time before getting run out, himself, ended up with his own show at The Fanatic.

It’s all a tad WWE vs WCW in Philly right now, and the ringleader for much of the squabbling is former WIP host and longtime Fanatic mouthpiece Mike Missanelli.

@leogriffith13 Dude, you seriously think I care about drivel? Haha. Grow up.

You may remember Misanelli as the guy who said horrible things about Michelle Beadle, then dug in his heels for hours before finally backing down, or the guy who was suspended for sending homophobic emails to a listener, or the guy who was fired from WIP after hitting a producer during an argument at a live remote back in 2006.

This is all real lowest common denominator stuff, and Philly sports fans seem to relish in it.

Missanelli and Innes—or at least their on-air personalities—do not like each other, which is kind of funny if you think about the fact that neither can really ever hear the other’s show. They’re both savvy enough to realize that competition is good for business, so pointing out how awful the other guy is time and time again to galvanize your own listenership is something hosts of both shows do constantly. CONSTANTLY.

When Bruno abruptly retired in July because he couldn’t take the radio business anymore—rumor had it Bruno quit radio because he hated working with Innes so much he’d rather not work at all, a claim Bruno has publicly refuted several times despite nobody believing him—the radio wars heated up even more.

Missanelli tasted chum in the water and went after Innes hard. (Worth a note: Missanelli has sent just one tweet since commenting on Bruno’s departure in early July.) Innes needed to secure his base audience when Bruno left, which let’s be honest is mostly “people who don’t like Missanelli,” so the two have continued this sports radio slap fight for far longer than the entertainment value of an afternoon drive feud warrants.

Until Wednesday, when the two took their on-air barbs to the field. From Rob Tornoe at Philly.com:

During Eagles training camp on Wednesday, things got heated between 97.5 The Fanatic host Mike Missanelli and Sportsradio 94WIP’s Josh Innes, eventually leading to the pair being separated by the team’s security.

Earlier today Innes joined “The Mike and Ike Show,” hosted by Ike Reese and Michael Barkann on 94WIP, to describe the encounter, which he said was started by Missanelli.

The encounter, as photographed by Jimmy Kempski of Philly Voice, looked like this:

Josh Innes talking to Mike Missanelli here at Eagles camp. "Hey, how can we drum up some dumb bs feud?" pic.twitter.com/0pdSR5mWhE

Then, Innes recalled to Reese and Barkann, “I took off my sunglasses, looked him straight in the face and said, ‘your show [expletive] sucks.”

Them’s fightin’ words. Literally. After being told his show sucks, Missanelli reportedly took a step toward Innes at which time security intervened. Missanelli then went on radio and told his audience about the encounter, per Tornoe, as such:

“Yeah, he stepped back and wet himself just like he did months ago when Gargano confronted him,” Missanelli said later. “Anybody can be a tough guy behind a microphone.”

The encounter, as dramatized by Kempski after Innes spent time on his show on Wednesday talking about how Kempski is fat and ugly, griping about “these new media guys” like it’s 2004 and he’s standing in line for the early bird special, looked like this:

Eagles practice notes, August 19, 2015: No fights on the field, but one on the sidelines http://t.co/BCtMODEd3g pic.twitter.com/OOAWCzTRJ1

For what it’s worth, Innes later apologized to Kempski for calling him “a blob” by saying he confused Kempski with someone else. Riiiiiight.

The radio fight escalated even more when someone claiming to be Missanelli’s brother called in to Innes’ program to threaten to fight him. Feel free to click through if you care to listen to that.

Innes, or his producer, then spent the rest of Wednesday afternoon retweeting everyone who is calling him “the best thing to happen to Philly radio since Stern” and “the guy who saved Philly radio,” which means this feud is never, ever, ever going away.

This isn’t the first time two Philly media people have gotten into a fight at Eagles training camp, by the way, reminding everyone that training camp is horrible, local sports media is unbearable during the summer, Philly radio is a cesspool in the afternoon and real football cannot get her soon enough.