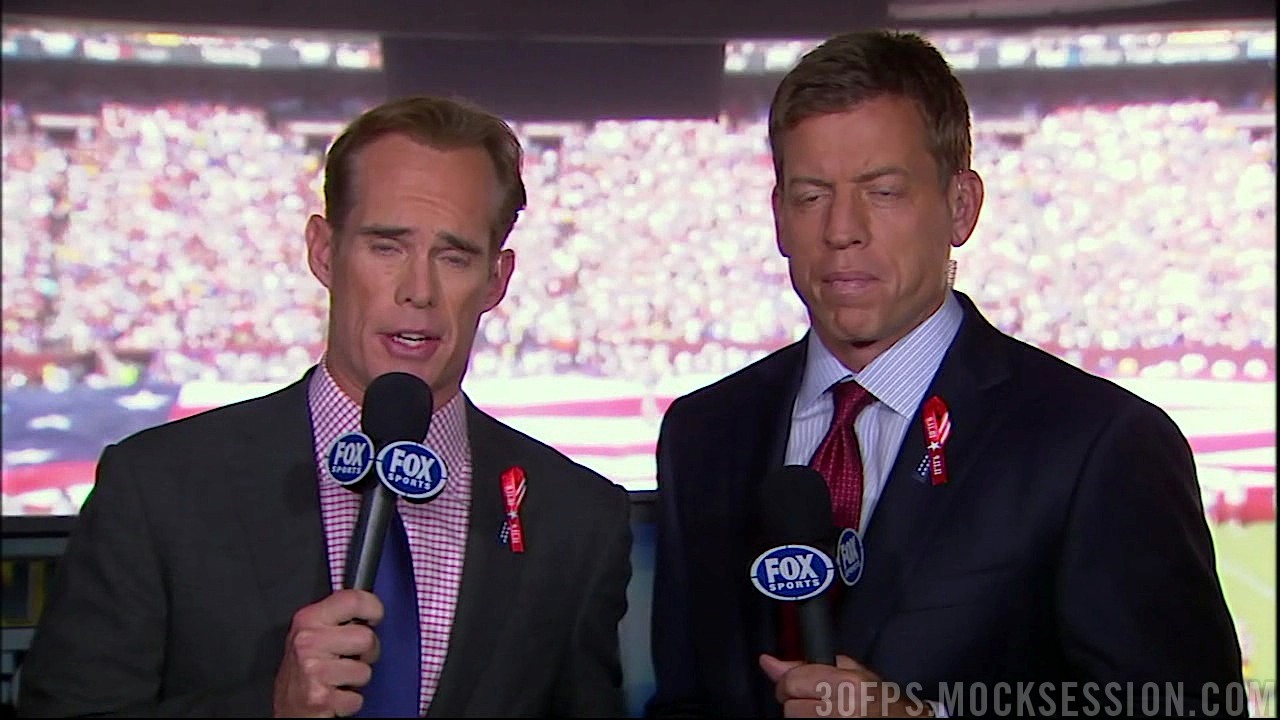 The Philadelphia Eagles and Dallas Cowboys played one of the worst football games in NFL history on Sunday. The Eagles had 21 yards at halftime, having failed to convert any of their third down attempts. The Cowboys had a paltry 6-0 lead at the break despite dominating the entire first half thanks to double-digit penalties and their own third-down ineptitude. And yet, the 6-0 lead felt somewhat insurmountable after watching the Eagles inexplicably incompetent offense run 16 offensive plays in the first 30 minutes.

At one point in the early second half, I turned to my family watching the game with me and simply said, “this is the worst football game I can remember watching.”

“This is not good football. This is a terrible game to watch,” Aikman told Joe Buck, and roughly 20 million people thinking the exact same thing at home, longing to be watching the Raiders and Ravens or Dolphins and Jaguars instead.

It was beyond terrible really. We would have rather watched Jacksonville or Oakland! That’s how bad it was!

Troy Aikman sounds personally offended that he got saddled with the task of announcing this game.

When your opponent rushes for seven—SEVEN—yards in a game featuring a running back that amassed more than 1,800 last season, Aikman was right. The game was terrible.

The game was so terrible that Sam Bradford’s first interception—the one that ended a 10-play drive with an interception in the end zone—came after seven punt attempts and just 23 offensive plays for the Eagles, and that would have tied the game if the Eagles had scored instead.

Troy Aikman is so over this game. Has me laughing

SEVEN rushing yards. Seven! And the only reason the Eagles rushed for positive yards the entire game was because DeMarco Murray—the aforementioned league-leading rusher for Dallas last season—ran a handful of times for 11 yards on the Eagles’ meaningless touchdown drive late in the fourth quarter.

He could have added, “maybe the five guys in front of me could block even one guy one time. That’d be nice.”

It was a truly terrible game.

If the horrible play and record penalties weren’t enough, the game was riddled with injuries too. Tony Romo snapped his collarbone in the second half, leading to Brandon Weeden taking over for Dallas for the foreseeable future. For what it’s worth, Weeden was a perfect 7-for-7 with a touchdown against the gassed Eagles’ defense on Sunday, one of the lone bright spots of the game for either team.

Let’s be honest, if not for Weeden’s 42-yard touchdown pass to Terrence Williams—one of the few actual football plays for either side all day­—Fox’s Game of the Week could have been one of the worst offensive games in NFL history.

The Eagles lost linebackers Mychal Kendricks and Kiko Alonso to injury on Sunday as well, with Kendricks suffering a hamstring injury trying to cover downfield and Alonso leaving with a knee injury that warrants an MRI on Monday to determine the severity.

I wish Troy Aikman would tell me how he really feels about this Dallas-Philly game.

Barry Horn of the Dallas News pulled some more of his favorite Aikman comments from Sunday. They would be hilariou, if the rest of us didn’t have to suffer through the game with him.

Maybe my favorite came in the final two minutes: “I’m embarrassed and everybody should be embarrassed,” the Hall of Fame former Cowboys quarterback said. “This has been about as poor a performance as I’ve ever seen in this league.”

Or maybe it was: “I think the Emmys thought this would be a good lead-in for their show,” Aikman said. “It didn’t work out that way … [We will] walk away from this game with a different opinion of these two teams, especially the Eagles.”

Credit should be given to Dallas’ defense as well, because the Eagles weren’t just forcing balls to covered receivers, running into tacklers and dropping easy first downs all game. Dallas’ defense made some great plays as well. They made the game as ugly as it was.

Without Dez Bryant, Romo or any semblance of a running game in Dallas, the Cowboys are going to have to continue to win ugly if they have any chance to return to the playoffs this season.

Yet Sunday’s win at Philly wasn’t just ugly. It was something terribly worse.