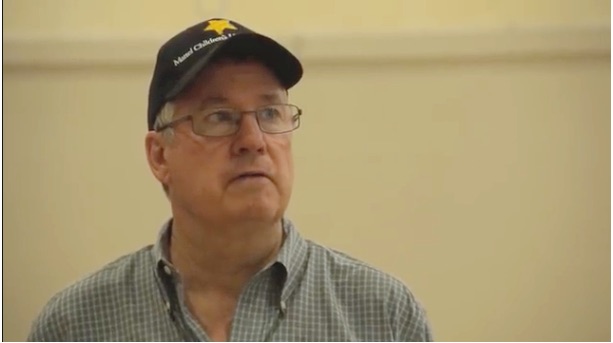 Tell me if you’ve heard this one before, but what do Tommy Lasorda, Chris Paul, Joe Torre, Ned Colletti, Bill Dwyre and former Los Angeles Times sports editor Mike James have in common?

There’s no punch line. That star-studded group is just part of the list of witnesses in former LA Times pundit T.J. Simers’ lawsuit against his old newspaper. After nearly two years of failed mediation and settlement negotiations — and other things that make lawyers tons of money and delay proceedings for months and months — the case has finally gone to court.

It’s been more than a year since many of us read Simers’ name in print. The outspoken Los Angeles-based sports columnist retired in June of 2014 after a stint with the Orange County Register that ended with Simers being given a “Voluntary Separation Package” after less than a year with that outlet. It’s Simers’ ouster from Los Angeles Times, however, that has him back in the news, and back in court, this week.

Ellen Alperstein of LA Observed has the report from Monday’s proceedings that included opening statements from both sides of the case.

Simers, a skilled writer with an equally powerful gift for bullying arrogance and smug superiority with anyone he considers a lesser light, abruptly lost his thrice weekly column for reasons he says neither his supervisors nor the paper’s management made clear. He claims it was about getting rid of older workers in favor of youth, about his health and about his penchant for dissing powerful figures (Frank McCourt, Arte Moreno) whose company some Times suits enjoyed, as well as their ad revenue.

The Times has said that if Simers suffered damages from the stressful situation that unfolded over the spring and summer of 2013, it was his fault, or maybe that of a third party. That Simers failed to disclose outside business relationships, then lied about his conflicts of interest. It claimed that Simers has embarrassed the paper as a “public behavior problem,” and was given every opportunity to recommit to righteousness but chose instead to quit and go work for the Orange County Register.

Simers, through his attorneys, obviously sees the situation differently than his old paper, claiming in his official complaint that the Times, “manipulated his temporary disability into an excuse for chilling his strident voice,” as Alperstein put it.

The issue at the center of Simers’ complaint is that the paper got rid of older workers to skew younger, and he was given no explanation as to why he was being let go from a performance standpoint.

Unions are in place to protect situations like this from happening, but as the newspaper industry’s revenue shifts to a more reasonable economic model—a move that continues to go at a glacial pace—writers like Simers have been getting bought out all over the country over money more than performance. It wasn’t that he was old, or bad, it’s that his age came with decades of salary increases and, given his personality as a writer, burned bridges that made him expendable to those in charge at the paper.

This happens everywhere. This court case, however, seems less about his termination and more about the reason for it.

The case reportedly hinges in part on a video Simers did with then Los Angeles Lakers star Dwight Howard, which the paper asserts had an undisclosed conflict of interest involving a potential television script. A tacit Google search for Simers and Howard brings up this 2013 video where Simers asked Howard to shoot free throws against his daughter, with the loser donating money to charity. (Howard lost.)

If that video and some connection to a potential TV deal surrounding it are the real reasons for Simers’ ouster, it’s thin even by Hollywood standards. If Simers was asked to leave because he was a caustic talking head whose time had passed as a top-level columnist given how much the paper was paying him, that should have been reason enough to get rid of him without further litigation, given the landscape of American newspapers over the last five or ten years.

The sports media industry should be glued to Simers’ case, and not just because seeing Tommy Lasorda take the stand in any case is going to be amazing. There have been hundreds of buyouts or forced retirements at newspapers around the country in the last few years. The Simers case could set a trend for other scribes who feel they were wrongfully terminated as well.