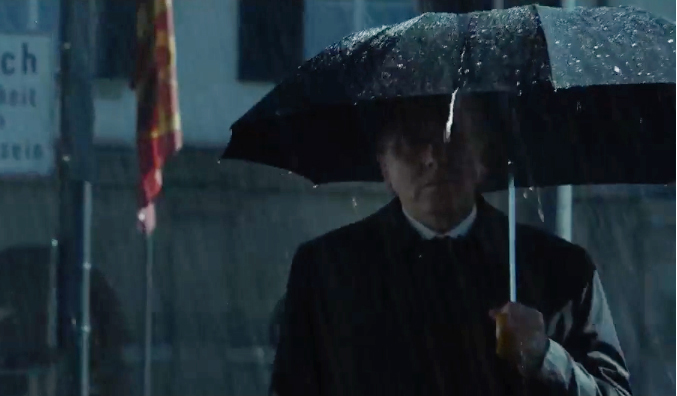 Tim Roth, an actor of notable critical acclaim in his career, recently added the role of Joseph S. Blatter, the Swiss journalist turned FIFA kingpin, to his resume, starting in the 2015 FIFA-funded biopic, of sorts, United Passions.

The movie is, in a word, dreadful. In more words, the movie is one of the worst pieces of propaganda imaginable, portraying nearly everyone inside FIFA as horrifically corrupt from inception to today, except for Blatter.

Roth has rightly taken heat for his utterly uninspired portrayal of Blatter—not that the script gave him much to work with—but the actor has been rather quiet since the movie came out in June to the tune of $607 in ten theatres, worldwide.

Roth finally addressed this “role of a lifetime” in a Reddit Q&A and didn’t hold back:

The film is awful (can’t say that because I haven’t seen it) I hated doing it, it was the wrong film but for the right reasons. I had two kids in college so I had to make a decision and it was probably poorly judged, but once you make that decision you have to follow through. It’s a hard road, being in something you don’t want to do, but I’m glad I did it for my family.

Roth could have stopped there and it would have been a fine answer to a question about a movie he’d long soon forget, while promoting one he’s surely more proud to be a part of, but the actor wasn’t done ripping FIFA.

As for Fifa I thought the movie would be much more about the corruption of this guy at first. I don’t know if he is going to go down, he seems to have survived everything that has been thrown at him. There doesn’t seem to be any way you can get to them because of all those big corporations behind him. It looks the most promising though now though, it looks like he is a on a back foot now because he looks more exposed then he has ever been in the past.

Blatter was barred from FIFA for eight years along with UEFA president and FIFA VP Michel Platini on Monday, so as “going down” goes, Roth can take some solace in the fact that the man he portrayed is down at least one peg for now.

Still, it would be nice to see the actor get another chance to play Blatter in an unsanctioned FIFA biography. It has to happen at some point.

Surely there are one or two movies in the works about the last six months in the lives of the FIFA Executive Committee, and as Roth made it abundantly clear with his role in United Passions, the guy will pretty much do anything for money.