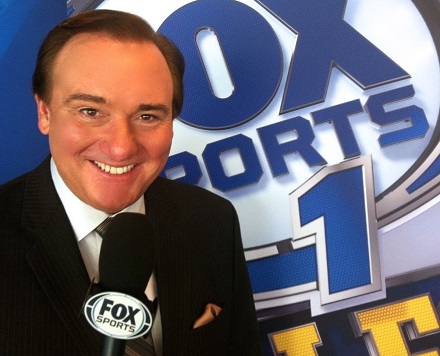 After 14 years, the Tim Brando Show is coming to an end. Brando posted an announcement on the show’s Facebook page confirming the end of the show effective on April 30th, citing the increased time needed for his Fox broadcasting commitments.

Here’s the key part of Brando’s lengthy statement, in which he outlines the early days and formation of the show and last summer’s changes when he left CBS.

This past June, I joined Fox Sports as a play-by-play commentator for College Football and College Basketball. Since joining the Fox Family, I have also been utilized in their NFL package and recently learned I will be involved in their digital coverage of the US Open in June. During my days at CBS, I was primarily working on weekends, mostly in the studio rather than out in the field. Balancing the world of live sports television with a daily national radio show is at best, taxing. Without the great support of my family and my extremely talented group of guys, none of this would be possible.

You’ve probably noticed I haven’t been able to devote as much time as usual to the radio show. Due to the travel and preparation required to call live games, I’ve not been at the Chateau as much. I love every second of my work, but I have found that the daily demands of a radio broadcast do not coincide well with the traveling broadcaster’s lifestyle.

With that said, I have been put in a position to make some tough, short and long term decisions about my future. It has always been my goal to provide the best commentary, analysis and opinions from some of the most respected experts in our field. While it has been my honor to come to you live each morning, all good things must come to an end, and a new chapter must begin. Therefore, The Tim Brando Show will be ending, for now. SiriusXM will air our final show Thursday, April 30th, 2015.

Brando’s inclusion in Fox’s US Open coverage this June is an interesting tidbit we learned from his statement. Hopefully his inclusion will slightly help ease the fears of the US Open on Fox becoming an event dominated by Joe Buck and a couple others.

I wonder if Fox would have been better off doing a TV simulcast of Brando’s show on Fox Sports 1 instead of Mike Francesa’s. Yeah, the shows occupy different timeslots and Brando didn’t join Fox until after Francesa’s show had debuted, but at least Brando does other work for Fox. However, he also probably wouldn’t end up providing the endless quantity of ridiculous videos that Francesa has over the last year, and given how viral some of Francesa’s videos have turned this year, Fox is probably confident with their decision.

It’s sad to see such a long-running show come to a close, and in this day and age, 14 years on air is one hell of a long time. At least the show is ending by Brando’s choice, and at least he’ll still be working on-air with Fox.