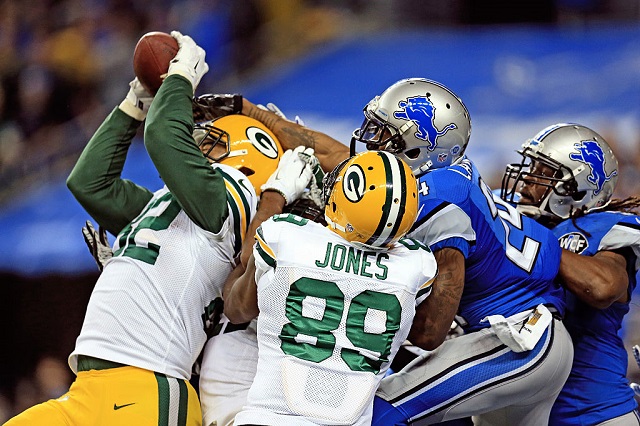 The eight-game Thursday Night Football package was once again a big success for CBS and NFL Network. It’s no secret why four channels are gearing up to bid at next year’s rights, following the expiration of CBS’ second consecutive one-year deal.

Ratings and viewership for Thursday Night Football increased nine percent from last year, according to national ratings data from Nielsen. The average household rating for the games simulcasted on both networks was 10.9 with a 19 share. In 2014, the household rating was 10.0 with a 17 share. The average audience for NFL Thursday night games was 17.6 million viewers, up from 16.1 million a year ago.

The overall numbers for the 11 TNF games broadcast this season showed similar increases. The telecasts drew a 9.4 average household rating and 17 share, up from 8.3 and a 14 share last year for a 13 percent boost. Viewership averaged 15.2 million, also a 13 percent increase from last year’s 13.4 million audience.

How did last Thursday’s contest between the Green Bay Packers and Detroit Lions perform? The game drew an average audience of 17.8 million, with the highest viewership of 21.1 million between 11:30 and 11:41 p.m. ET, when the Packers were mounting their amazing comeback for a 27-23 victory.

That number represents a 59 percent increase from the game played on the same week last year between the Dallas Cowboys and San Diego Chargers. Packers-Lions was also up 38 percent from the Chargers-49ers contest that was the last game of the 2014 TNF package, but played on a Saturday night.

CBS paid $300 million (and $275 million in 2014) for this year’s eight-game TNF package and the network’s overall viewership would be down 15 percent without the NFL. Given the ratings success and ferocious competition for next year’s TNF rights, how large of a check will the network have to write to bring those games back again? And will the eventual winner push for a multi-year agreement or is the NFL content seeing those rights fees rise with each subsequent year?