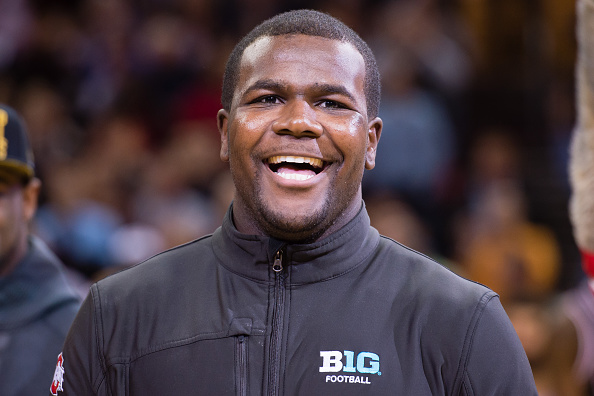 Before he became the most accomplished third stringer in the history of sports, Cardale Jones was known for one thing: an ill-fated tweet that made him the poster child for the broken system of college athletics and the myth of the “student-athlete.” 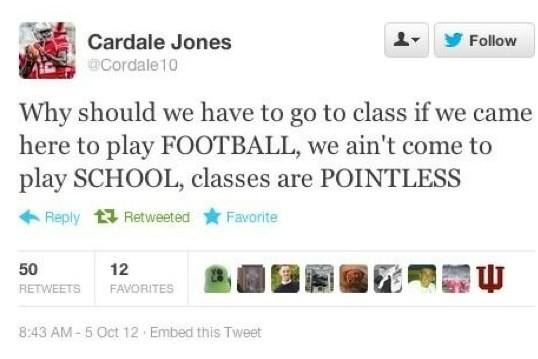 Jones became one of the rare athletes to actually get suspended for something he tweeted.  At that point Jones could have deactivated his account and faded away into the ether, never to be heard from again.  He could have been just a cautionary tale about the downside of social media.

Instead, Jones is now known for what can be possible when an athlete uses social media to connect with fans in a truly great way.  Jones has shown a fantastic sense of humor and the personality that has made him such a beloved Buckeye, beyond the never-before-seen accomplishments on the football field.  Jones has called his tweet in 2012 a stepping stone to his growth on and off the field.

Cardale Jones’ story is one of the best we’ve seen in sports in a long time.  His social media transformation is a very small fraction of it, but symbolic of the overall journey.  Jones shows that yes, it is possible to overcome a social media mistake that seemingly the entire world sees, even in 2015 where people are too often defined by one 140 character message they would like to take back.

And now, a brief journey through the best and funniest Cardale Jones tweets of 2015…

Let’s start with Jones’ simple message after defeating Alabama in the Sugar Bowl:

If the wins over Alabama and Oregon weren’t impressive enough, Jones had to set the record straight on another important victory when playing a game of NCAA Football during a hospital visit:

We also learned that Cardale and President Obama go wayyyyyyy back…

About to go holla at B real quick, yall might call him President Obama, we go wayyyyyy back tho

He briefly gave Buckeye Nation a heart attack when he announced out of nowhere that he was transferring to Akron.  Jones even changed his profile picture to a Zips logo and sent these tweets out, before revealing that he was playing a prank on everyone.  It might be the only time #ZipNation was trending on Twitter. 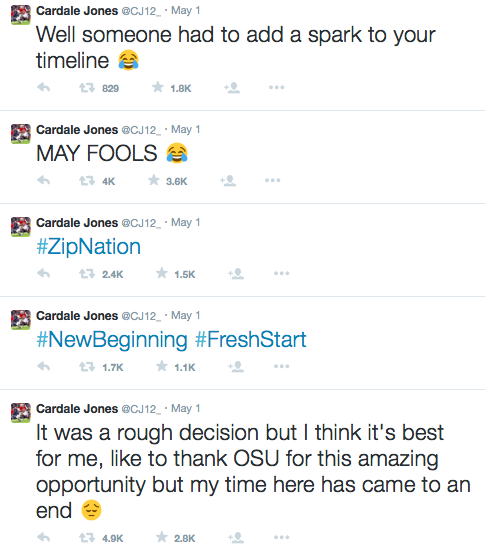 And after a brief scan through his timeline, it’s clear that nobody loves anything on planet earth more than Cardale Jones loves Chipotle.  Who can blame him.  Have you tried that Sofritas burrito yet?  It changed my life, and it might just change yours.

Can't keep me away from bae pic.twitter.com/0vi7fSuq2A

Most recently, Cardale Jones etched his name even further into Ohio sporting lore by not backing down from trash talk that came from Joakim Noah of the Chicago Bulls.

According to Vegas, I'm the HEAVY favor

And if all that wasn’t enough, he got the Indians to invite him to throw out the first pitch at a future game through Twitter.

I'm letting yall know now, @Indians this will not be your typical first pitch throw, it's going to be my "try out" throw

We’ve seen way too many people lose their jobs recently in the sports world over a tweet, but hopefully Cardale Jones has proven there are still second chances in life, even in social media.