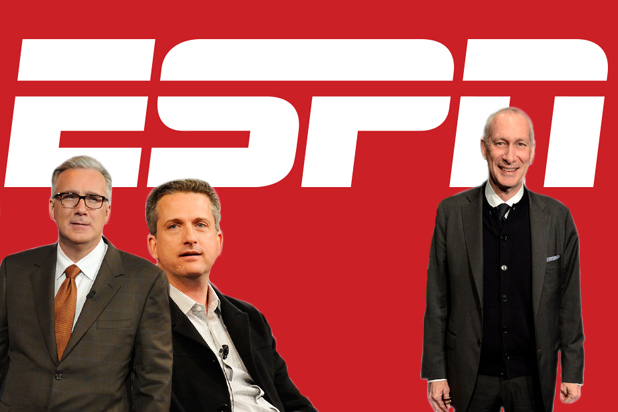 10. A crazy year for scandals, suspensions, and severances 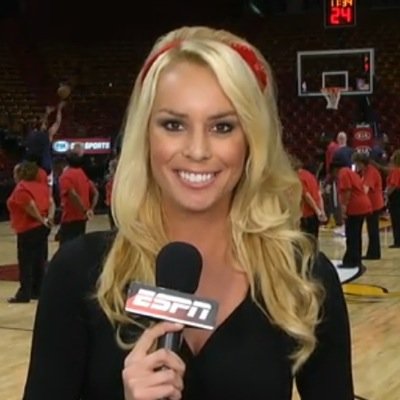 This year saw an incredible number of media personalities get embroiled in unusual scandals and face suspension or termination, from Greg Anthony’s prostitution bust to Donovan McNabb’s DUI to assault allegations against Gary Payton to Curt Schilling’s e-mail rant to Britt McHenry’s parking-lot rant. Fox quietly parted ways with Payton and McNabb, but Anthony was reinstated by Turner this summer and McHenry and Schilling are both back with ESPN.

While most were confident the long-mulled idea of a college football playoff would be a ratings boost over the BCS, the inaugural playoff at the start of 2015 was still an unknown, and no one knew just how good the ratings would be. The answer? Very good indeed. Last year’s semifinals, in the Rose and Sugar Bowls, each averaged over 28 million viewers, the two largest audiences in cable history at that point and almost seven million viewers more than the NFL Arizona-Carolina wild-card game (which also aired on ESPN, and drew 21.7 million viewers). ESPN brought back the Megacast idea for the Oregon-Ohio State championship game and broke its own cable record, pulling in 34.15 million viewers across its networks, which a July ranking by Sports Media Watch had as the seventh-most viewed event of the year to date on any network. So, the first playoff was clearly a success for ESPN. The question now is if the second one will be as successful, given that it’s not as new now and that this year’s semifinal games will be on New Year’s Eve instead of New Year’s Day. Will ESPN’s ads be able to convince enough people to watch the playoff instead of going out?

If the big NBA and MLS contracts in 2014 (#10) suggested that sports rights were only going to get more and more valuable, 2015 provided some evidence in the opposite direction, especially on the carriage front. Talks between the Pac-12 Networks and DirecTV collapsed in September, and it doesn’t look like they’ll get a deal there any time soon. The Pac-12 has some bright spots on the network front, and some long-term potential, but it’s lagging behind other conferences in cash flow to schools from the network right now and mulling its options. Similarly, while Time Warner’s Dodgers’-focused channel SportsNet LA made some ratings gains after Time Warner merged with Charter in July, it’s still not carried by most major providers other than Time Warner, Bright House and Charter, and it was estimated to be losing $100 million a year in March. Time Warner Cable Sports president David Rone left the company in October, and his job wasn’t filled thanks to a management restructuring. The carriage fee pushback shows providers won’t just pay whatever certain channels demand, and it ties in with other stories we’ll discuss further down to suggest rights fees may not just keep climbing.

7. The ongoing saga of The Undefeated

There’s likely been much more written about “The Undefeated,” initially conceived as ESPN’s “Black Grantland,” than any other website that hasn’t even launched. That’s because most websites don’t spend years in development, have their shoddy management practices and “playbooks” exposed to the world, have their editor-in-chief reassigned, leave and start a nuclear war with reporters, make it look like they’d found a new EIC, back away from that EIC, eventually hire a different EIC months later, and still not have a firm launch date beyond “some time in 2016.” This might be the weirdest website launch ever.

6. The shuttering of Grantland

At least The Undefeated is still alive (if a non-launched website can be alive), unlike Grantland, which ESPN bizarrely shut down at the end of October. Yes, Grantland was losing staff to Bill Simmons’ new venture, and yes, the site didn’t seem to have much of a direction under Chris Connelly (beyond “more reporting!”, which completely misunderstood what Grantland was about). It also was a tougher sell at ESPN in an era of budget cuts, layoffs, and a lessened emphasis on star personalities. Still, while Grantland had its downsides in the post-Simmons era, it’s rather unprecedented to see a site that’s so popular completely shut down, and that doesn’t speak well for ESPN. Heck, Grantland’s inactive Twitter and Facebook accounts still have a larger reach than those of most sports sites.