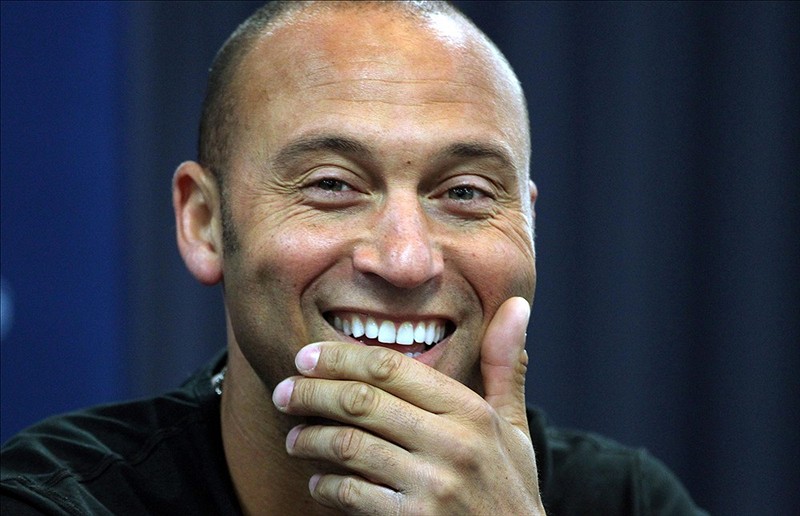 Ed Note: The following appears courtesy the brand new Bloguin site Food & Sports.  The mission of the site is fairly self-explanatory.  If you love sports or food, or the intersection of sports and food, then check it out and learn about God’s gift to humankind known as bacon s’mores. Give them a follow here.

I’m sure that as a nation, we are all wondering what Derek Jeter will do now that his baseball career is over. We know he has his “Players Tribune” venture, where athletes allegedly write articles which are unfiltered (though now we know that there is a little filter.) Apparently Jeter is attempting to expand the Players Tribune brand into the restaurant business as he is pitching something called “The Players Tribune Bar & Grill“:

It’s part of a proposal for a slot in the new concessions program at Tampa International Airport. Jeter signed on with Concessions Tampa, a joint venture between Concessions International of Atlanta and OHM Concessions of St. Louis. (…) “Come beyond the velvet rope to enjoy the VIP atmosphere,” the document beckons. “Not a sports bar … a sports lounge.”

The Player’s Tribune menu skews upscale (no prices are listed), ranging from Buffalo Chicken Wings to Braised Porchetta, Spanish Garbanzo Bean soup to Roasted Pear Salad. There’s only one athlete-branded item, unusual for a sports-themed restaurant: the Jeter Burger. (…) The only other fame-named entree is the Salvador Dali Egg Breakfast.

iPads will be made available at “virtually every seat” so customers can peruse The Players’ Tribune website. High-def big screens will favor games by Tampa Bay teams.

Fancy. Almost too fancy for an airport. And that’s the challenge … bringing a VIP atmosphere into an airport where most people would be just as happy to grab something from Chili’s and bring it onto the plane … especially if the other choice is a place where the prices haven’t been listed yet. But the promotion package for the place features high profile athletes such as Russell Wilson, Blake Griffin, and Paul Pierce. So I suppose the lure of hanging out an an airport and running into a sports star will draw some people in. (That and braised porchetta.)

The Players Tribune Bar and Grill is just one of many places vying for that spot in the airport, including a Tampa Bay Bucs themed place, Wolfgang Puck’s “The Kitchen”, and yes … Chili’s. But as Byung-Hyun Kim learned, you never count out Derek Jeter … especially the Derek Jeter brand. I’d love to see this open just for the chance that David Ortiz will sidle up to you at the bar and, unprovoked, tell you how often he has to urinate in a cup.