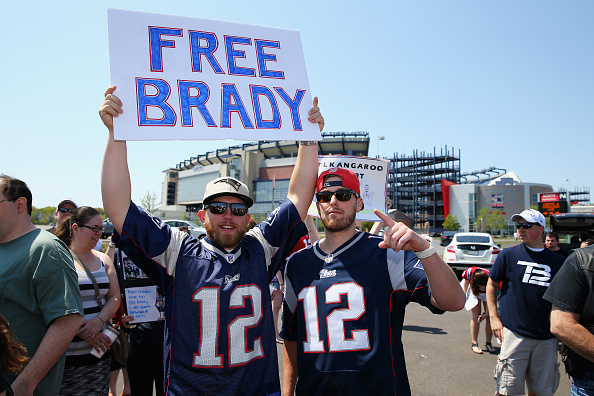 As the Deflategate story reaches a crescendo, the release of e-mails by the New England Patriots to the National Football League regarding leaks to ESPN shows some interesting behind-the-scenes machinations.

At the “Wells Report in Context” site which was created by the Patriots to show their side of the controversial thesis, there’s a section that shows the correspondence between Patriots general counsel Robyn Glaser and NFL counsel Jeff Pash over the leaks to ESPN. Now the section which shows e-mails exchanged from this past February 17-19 shows the anger of the Patriots and requests the league to stop the leaks to Bristol and correct what it calls misinformation.

Some of the language from Glaser shows not just frustration over what is perceived as patronizing from the league, but also a lack of urgency to stop the leaks. You can see the entire exchange at the website, but we provide some of the e-mails here. The first correspondence is from Patriots Vice President of Media Relations Stacey James to NFL Senior Vice President of Communications Greg Aiello: 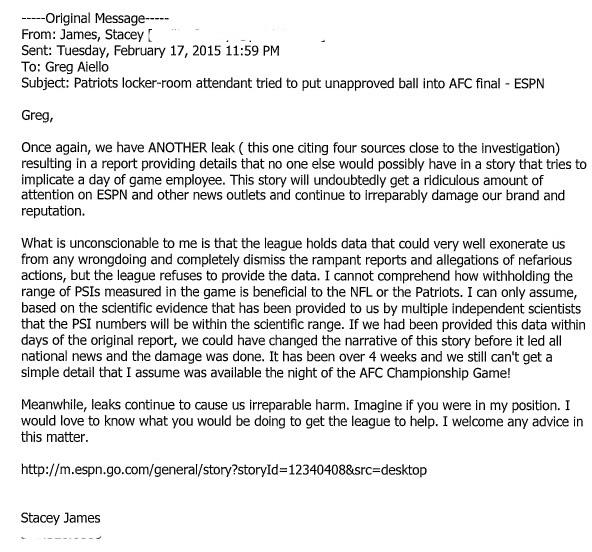 Then the lawyers got involved and Patriots counsel Glaser made it clear that none of the leaks to ESPN came from the team: 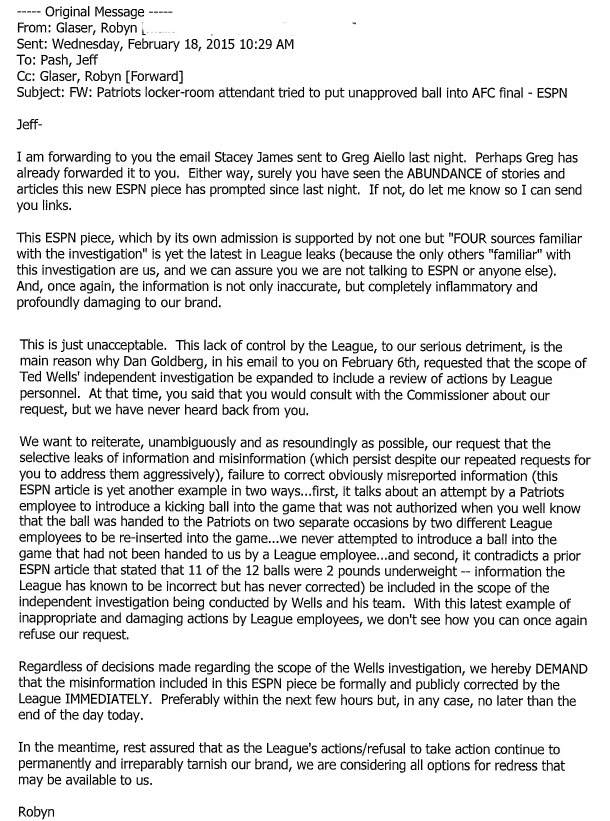 After Pash responded by saying any leaks to ESPN did not come the league, Glaser fired back urging the NFL to correct any information regarding Deflategate and get its house in order. Glaser also complained about the outing of locker room attendant Jim McNally as a potential scapegoat: 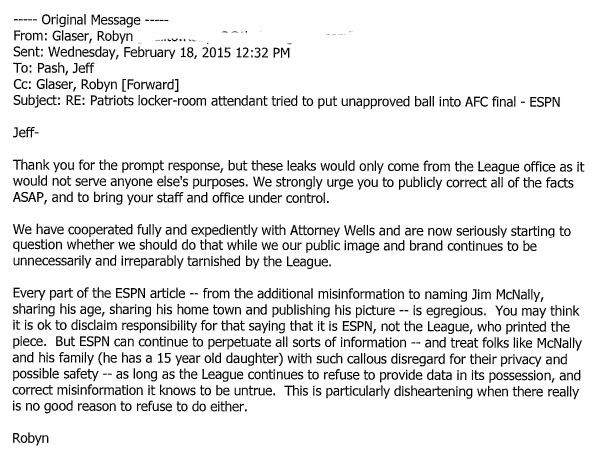 Pash said that despite what the Patriots thought, the NFL did not send any leaks to ESPN: 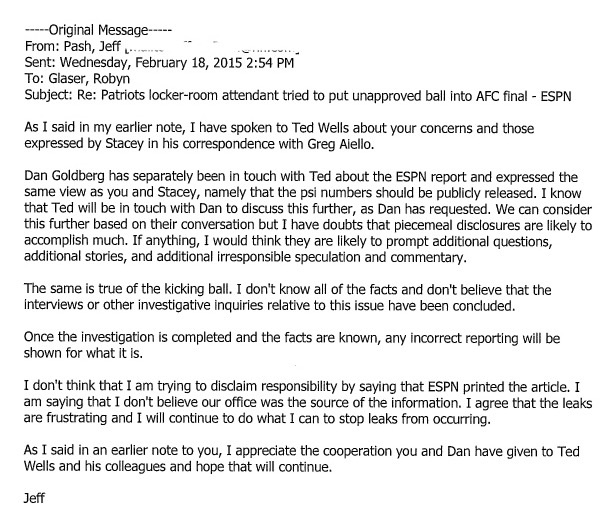 Glaser sends this e-mail calling Pash’s words “pretty disingenuous” and tells him “to step up.” 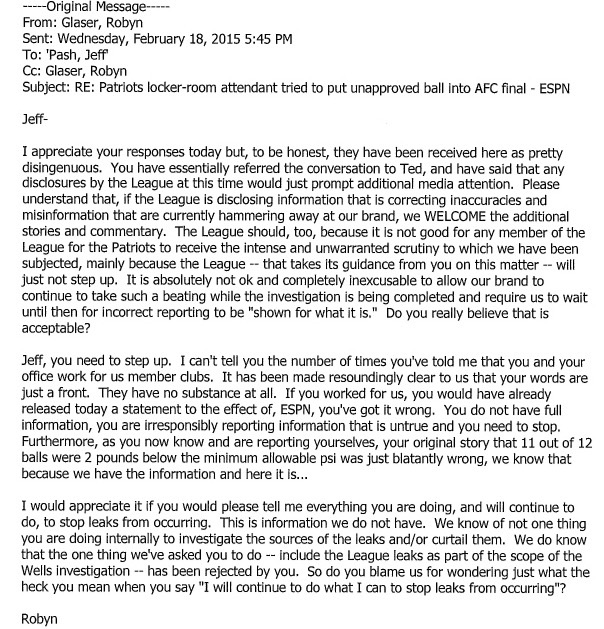 The following day, Pash seemed beaten down from Glaser’s harsh words calling them “accusatory and personal.” His short reply to the Patriots counsel states that they are just going around in circles and he will end the correspondence.

We rarely see internal discussions like this between the league and one of its member teams. However, as the Patriots hope to get quarterback Tom Brady reinstated and the league continues to press the matter, it’s fascinating to see ESPN keeping quiet on the leaks. You already know about ESPN NFL Insider Chris Mortensen bailing from an interview with Boston’s WEEI  and the fact he has said his original source over the amount of balls deflated came from inside the NFL.

Bruce Allen of the Boston Sports Media Watch site tweeted that ESPN know it’s caught in the middle between the NFL and the Patriots, but staffers can’t speak publicly on the matter:

ESPN is of course aware of the Patriots releasing email exchanges with the NFL regarding leaks to ESPN, but staff can't talk about it.

So as this story chugs into its eighth month without an endgame in sight, we wonder from where the next leak or reveal of information will come and how damaging it will be.

[The Wells Report in Context]