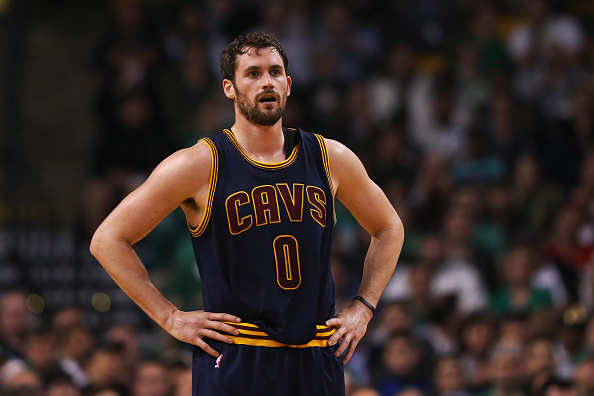 Derek Jeter’s Players’ Tribune is a growing force in the sports media world.  Given the money invested and the star athletes that have written for the site, this is undeniable.  The nascent website chalked up another win yesterday as Kevin Love made his exclusive assignment about re-signing with the Cleveland Cavaliers at The Players’ Tribune.

But the biggest news was not Love’s re-signing, it’s that he climbed the ranks all the way to SENIOR EDITOR at TPT.  Whoa!  Senior Editor!

With that kind of title, you might think that Kevin Love is actually on an e-mail thread with Jeter and other athletes pitching stories, editing spelling and grammar, and taking part in the day-to-day operation.  Of course, Love’s article on Wednesday . (Correction: It’s Love’s second appearance.)

How did Love get to be a “Senior Editor?”  How did Kobe Bryant rise to the ranks of “Editorial Director?”  Are we to believe that Kobe is holding visioning meetings with his Senior Editor team?  Was his powerpoint presentation to Jeter that much better than the one the Lakers made to LaMarcus Aldridge?

These are great questions.  A Tribune spokesperson told USA Today last year that “Senior Editors” have a greater commitment to the site and writing more content than mere contributing editors and so on and so forth.

Love’s announcement has led multiple sites to try to draw up what a potential masthead or flow chart for The Players’ Tribune might actually look like.  And some of the titles are just a little absurd.

For instance, Matt Harvey is the New York City Bureau Chief.  The Mets pitcher is the only “bureau chief” listed at the Players’ Tribune for some reason.  (Sorry West Coast.)  Have you ever thought what the Players’ Tribune NYC Bureau actually looks like or what Harvey’s job description may entail?  For the record, he’s written two pieces for the site.  Shouldn’t he be out on the streets doing some reporting?  He’s a bureau chief for crying out loud!  Why isn’t he out there getting the scoop on Kristaps Porzingis’ rap skills?

Tiger Woods is listed as a Contributing Editor.  You’re telling me arguably the most famous athlete in the world can only rise to the ranks of Contributing Editor?  Kobe got “Editorial Director” and David Ortiz got the big title of “Editor at Large” and yet Woods is on the same rank as Michael Carter-Williams?!?!  What, were these titles decided like the Stonecutters in the order in which they joined?  I would at least think Woods could earn the title of National Columnist or something.

Last but not least, because they’re on the cutting edge, the Players’ Tribune has an Advanced Stats Columnist (John Urschel of the Baltimore Ravens, eat your heart out Nate Silver) and a Facial Hair Consultant (Spencer Dinwiddie of the Detroit Pistons).

My hope is that these titles are all supposed to be taken as tongue-in-cheek both inside and outside the Players’ Tribune because they are all just silly.  Maybe the players got to pick them themselves, who knows.  Most importantly, we’ve already learned that the articles aren’t really written by the players themselves, so that makes these titles even more trivial.  The Players’ Tribune could be a lot more transparent in how exactly the sausage is made instead of slapping random middle management titles on athletes who agree to have a piece published in their name there.

But good luck to Kevin Love as the newest Senior Editor of The Players’ Tribune.  Hopefully he can recruit J.R. Smith on board as National Pipe Correspondent.