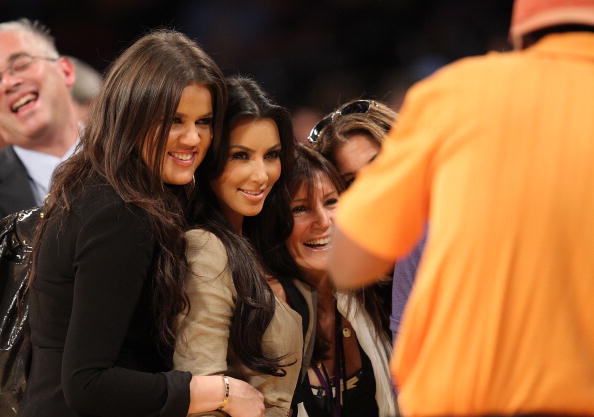 Two stories from the past few days highlighted the harrowing reality of the media world that has now finally and fully made its way into sports.  The defining message from this week couldn’t be more clear.  Quality sports journalism is being gobbled up by tabloid gossip.  Great sportswriting and reporting is being drowned out by who can scream and yell the loudest.

ESPN announced on Friday it was shutting down Grantland.  The widely-respected home of some of the best sports and pop culture writing on the web was given the axe by Bristol.

Within the blink of an eye, TMZ proudly announced that TMZ Sports would be coming to FS1.  TMZ Sports will air every weeknight on FS1 at midnight (12:30 AM after Garbage Time on Wednesdays) bringing the gossip site into the mainstream sports world.

What does it say about our universe that the home to Wesley Morris, Charlie Pierce, Jonah Keri, Bill Barnwell, Molly Lambert, David Shoemaker, Bill Simmons, Rembert Browne, Brian Phillips, and so many other talented writers has to be given its last rites while the site that produces articles such as “KC ROYALS POPPIN BOTTLES & GOGGLES AFTER WORLD SERIES WIN” and “HOUSTON TEXANS CHEERLEADERS HALLOWEEN TURN UP SEXY COSTUME DANCE PARTY” gets its own national television platform.  I’m not even sure that last headline is from the English language, it’s just a bunch of random words combined for SEO purposes in the hopes that college freshman around America will find it on Google.

Who wants to read 1,000 words of compelling storytelling when you can read 100 words about Gary Player’s sex life, right?

That’s not to completely neglect what TMZ Sports has accomplished in the breaking news department in the last 12-24 months.  The company has broken significant sports stories like the Donald Sterling tapes.  But if you want to hold that reporting in high regard, you have to take the good with the bad.  TMZ has also routinely botched news stories, including getting the reporting wrong on the deaths of multiple sports figures, one of the greatest sins there is in media.  As Andrew Bucholtz wrote, “This is an organization that’s often wrong, and often spectacularly wrong.”

And yet, those spectacular failures are now being rewarded with a nightly national television show on a sports network, FS1, that has done more than sell its soul to the devil – it’s moved its front office to the underworld and is paying Lucifer rent.  Good luck on keeping the air conditioning bill down.

Here’s Fox exec and Embrace Debate czar Jamie Horowitz himself trying to sell the world on the positives to the TMZ-FS1 marriage.  Try to read through the entire paragraph without laughing hysterically or banging your head into your keyboard:

“TMZ SPORTS offers a window into the world where sport and celebrity cultures intersect — whether at a party, movie premiere or an ordinary day,” said Jamie Horowitz, President of FOX Sports National Networks.  “To both avid and casual sports fans, these stories are captivating.”

Surely those captivating stories for avid sports fans include Vanilla Ice’s co-star getting bucked from his horse during a polo lesson or Eva Longoria doing aerobics.  Seriously.  Those are stories on Page 2 of TMZ Sports.  Or there’s this one from earlier today. 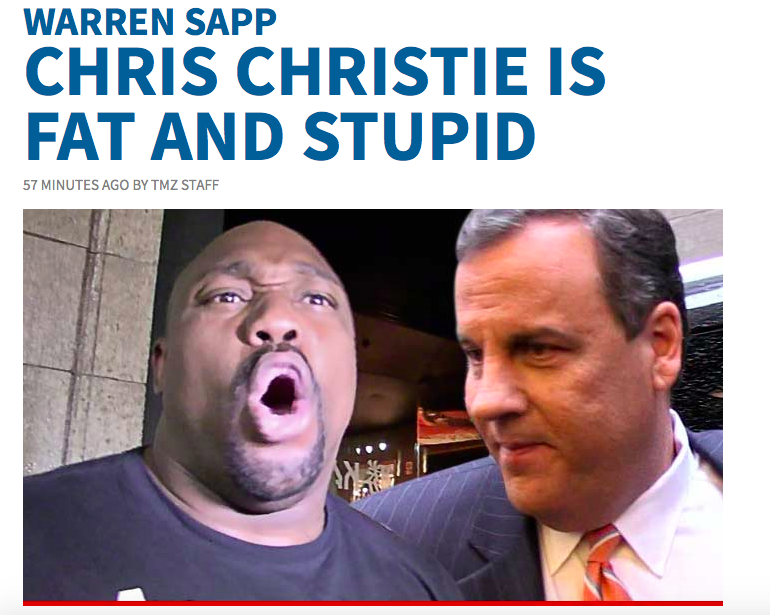 This is what you can expect to see on FS1 each and every weeknight.  That’s after you watch Colin Cowherd interview Donald Trump and read whatever it is Jason Whitlock is up to these days after his feud with Deadspin.  That’s some alternative Fox is building to ESPN, isn’t it.

The sad truth is we’ve been slowly building to this moment for some time – not just the dissolution of Grantland and the promotion of TMZ Sports, but the race to the bottom that has become the sports media.  You can see it almost everywhere you look.

Not only did ESPN shut the doors of Grantland, they laid off hundreds of other employees around the country.  All the while, Stephen A. Smith makes more than the average NFL player to give his loud opinions on whatever made up debate First Take can try to incite on any given day.  Smith earns millions for acting as a PR man for Floyd Mayweather and threatening NBA players on the air.  Meanwhile, his counterpart Skip Bayless has also made a fortune as the guy who lied about his high school career, rode the coattails of Tim Tebow, and trolled LeBron James.  Who knows, the salaries of Smith and Bayless alone could have been enough to keep Grantland afloat.

What First Take has done for years is an affront to people who care about quality, respectable, and responsible sports journalism.  Anyone can have an opinion.  Anyone can express it loudly.  Not anyone can write thousands of captivating words about sumo wrestling.  But sadly, it’s the former that sells in today’s society and not the latter.  Even after their latest controversies First Take is drawing record ratings.

This isn’t a new phenomenon.  It’s why your local newscast is guided by the mantra, “if it bleeds, it leads.”  It’s why the Kardashians are America’s First Family.  It’s why people “hate-watch” things.  It’s why E! draws more buzz than PBS.  We’re just now seeing it fully manifested in the sports media world.

ESPN shares a lot of blame in accepting this fate instead of doing what they can to maintain a higher standard.  Rather, the shouters get millions while the anonymous people who simply do their jobs well are shown the door.

ESPN is far from alone, though.  In their quest for some relevance, FS1 has now gone the provocateur route.  Look at their three biggest and most recent acquisitions – Colin Cowherd, Jason Whitlock, TMZ Sports.  What started as an alternative to ESPN has now become the worst of ESPN recycled on a new network and kicked up a couple notches.

Fox Sports is betting its future on the guy who once made a joke about Jeremy Lin’s private parts and flamed out when given the chance to build his own site, the guy who thinks Dominicans can’t handle complex brain functions and has a weird obsession with running down John Wall, and TMZ.  Have you ever been more discouraged by the direction of a sports network?

It’s gone curiously unnoticed, but Fox Sports also made layoffs recently.  And in a damning sign as to the current state of the industry, their cuts were in their news division.  FS1 cut back its reporting capabilities so they can give you less news and insight as a sports fan and more of Clay Travis inciting college football fanbases.  Yes, Travis got rewarded with a sweet new deal as a payoff for becoming a poor man’s Skip Bayless for college athletics.  At least he’s bold enough to admit that’s the game he’s playing, laughing all the way to the bank while fans across the nation continue to fall for the act.  If only Grantland had more boob drafts, maybe they’d still be in business.

It’s not an egregious offense by any means, but even CBS Sports has dipped their toes into the more non-traditional waters here.  By many respects the most conservative of the major sports departments, the CBS Sports Twitter feed now looks like a cross between Upworthy and Buzzfeed with constant posts like this in place of actual sports updates.

Look at what the internet made… pic.twitter.com/5FSinZMaiO

Ok, that’s pretty funny.  But some balance has to exist.  We can’t be all Michael Jordan Crying Memes and celebrity gossip and arguments over meaningless power rankings.  Sports should be able to make us laugh and cry and get mad, but not at the complete expense of quality sports journalism that actually makes us want to use our brains for good and think or look at the world from a new perspective.  We shouldn’t have to live in a world where a site like Grantland can’t exist because the economics make it impossible to do so.

The truth behind this new reality is that we are all culpable.  Nobody can escape blame here.  Because if Grantland made money it would still be around.  If First Take wasn’t drawing record ratings and Outside the Lines was, maybe we’d see more of an emphasis on quality sports journalism.  If we made a conscious decision to tune out the provocateurs, maybe we wouldn’t have a nation of aspiring sportswriters who think their quickest way to fame and celebrity is trolling, gossiping, and baiting anyone in sight.  If we demanded more great content and less click-monsters, it would be supplied to us because all of these ventures ultimately are for-profit ones.

I don’t want to sound too hopeless and pessimistic.  There’s another reality – there are more great sportswriters now than ever before.  The advent of blogging and non-mainstream media has given more platforms to talented and gifted writers of all backgrounds.  Do them and yourself a favor.  Find them.  Read them.  Learn from them.  Cherish them.  Tell them how much you appreciate their work.  And maintain some sense of fleeting hope that there’s a place in this world for them.