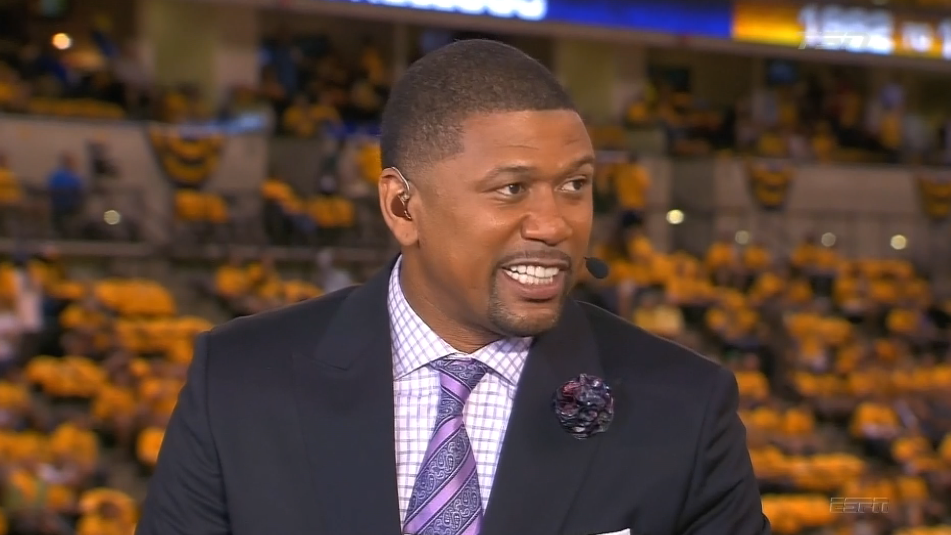 Back in 2013 when Michigan was playing in the NCAA Tournament Championship Game, Jalen Rose was extending public olive branches to Chris Webber to reunite him with his Fab Five brethren.  Rose said that he and Webber and the rest of the group all loved each other like brothers.

Two years later and Rose and Webber are now taking part in a very public and increasingly nasty family feud.

Earlier this week on The Dan Patrick Show, Chris Webber took a veiled jab at Jalen Rose for the way he put together the infamous Fab Five 30 for 30 for ESPN.

“A lot of people…after they retire or they’re looking for a job or they want to be relevant…they go back in time and kind of…make sure their importance is really known……when one guy has a million highlights of himself…as if he was the leading scorer and all the stories are embellished, it’s hard for me.”

Rose then repsonded to Larry Brown Sports and officially kicked things up a few notches, calling Webber “delusional” and “in denial” in these scathing comments:

“One dude traveled then called timeout. One dude lied to grand jury and hasn’t apologized. One dude tried to circumvent the documentary to HBO. One dude ignored multiple requests from everyone involved after agreeing to participate. One dude played like (President) Obama and sat in a suite during Michigan’s recent title game. One dude slandered Ed Martin after all he did for him and his family. One dude is not in contact with the other four (which is all good). One dude has been doing a rebuttal doc for four years. One dude clearly is delusional and still in denial,” Rose said of Webber in messages to Larry Brown Sports.

You might get burned from the heat coming off of those comments.  Wow.  Webber’s comments were one thing, but the rebuttal from Rose got very personal on multiple levels.

I think the hopes of that Fab Five reunion special just officially went up in smoke.