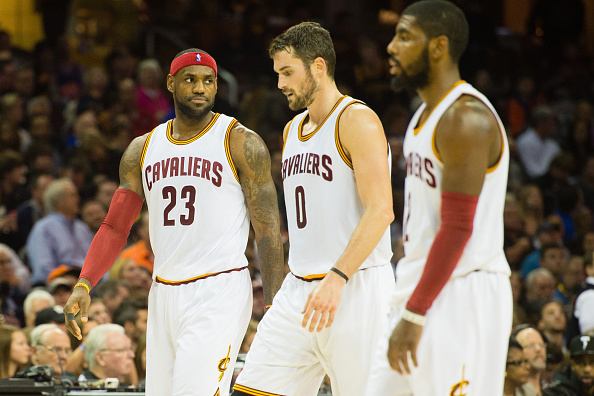 Just like when LeBron James was with the Miami Heat, his new/old team the Cleveland Cavaliers are proving to be a ratings draw in the NBA Postseason. As the Cavs advance into the Eastern Conference Final against Atlanta, TNT has to be salivating over the potential for some high ratings.

When Cleveland closed out its series with Chicago on Thursday, ESPN averaged an audience of 6.6 million viewers which is the second highest for the 2015 NBA Playoffs. The most-watched game of the playoffs-to-date was Game 4 of the Bulls-Cavs series last Sunday which drew 6.9 million viewers. In fact, the Bulls-Cavs series drew four of the five highest audiences of this year’s playoffs. Here are some interesting numbers on Game 6:

The Game 6 series-clincher was up 24% from last year’s Game 6 Eastern Conference Semifinal between Indiana and Washington on TNT. That game had an audience of 5.3 million viewers.

And while the Cavs continue to draw well in the NBA Postseason, the rest of the league is hustling to catch up. Also on Thursday, Game 6 of the Houston-Los Angeles Clippers series on ESPN averaged an audience of 5.5 million viewers, down 14% from Oklahoma City-Clippers in the same window last year. That was enough to become the second most-watched non-Cavaliers game of the playoffs. Only Game 4 of San Antonio-Clippers on ABC in the first round drew more viewers (6.5 million).

In fact, of the 63 NBA Playoff games played through Thursday, 47 have experienced viewership declines from the 2014 Postseason.

With ESPN airing the Western Conference Final, it hopes that it can stem the tide of lower audiences for non-Cavaliers games.