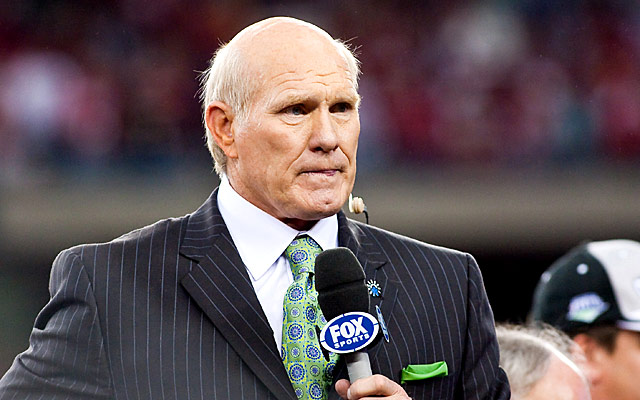 Greg Hardy’s return to the NFL has been in the news thanks to his statements on Tom Brady’s wife and subsequent follow-up by Dallas Cowboys owner Jerry Jones have left a bad taste in people’s mouths.

During Fox NFL Sunday, co-host Terry Bradshaw did not mince any words in his disdain for Hardy and his return to the National Football League.

“Anybody that lays a hand on a woman, I don’t care who you are my friend, you never come back in this league. But Dallas Cowboys owner Jerry Jones in his desperation to get a pass rusher said, ‘You know what America, Cowboys fans, he’s alright, he’s a good boy and we’re going to get him all straightened out over here.’ [Hardy] has his first news conference and he makes a fool of himself and then Jerry comes out and basically becomes an enabler himself. This is wrong. We have no place for this and I’m actually tired of talking about the Hardy’s of the world. I seriously hope that eventually we never have a place in the NFL for people that strike women.”

It’s rare to have the NFL pregame shows come out and be so strong on a topic, but Greg Hardy is no ordinary case. Bradshaw’s statements show that domestic violence and the NFL is an issue that is not going away anytime soon.