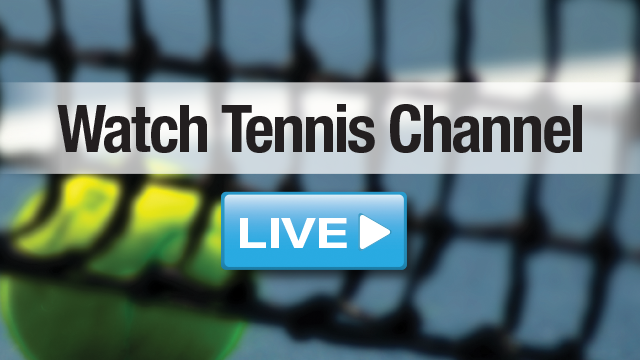 Few sports broadcasting outlets are facing more uncertainties and challenges than Tennis Channel. The network made a concerted attempt to solidify its footing on Tuesday, generating fresh questions about the kind of presence Tennis Channel intends to become.

As you might know, Tennis Channel is the main American television rightsholder for the French Open, which concluded a few weeks ago. Tennis Channel scored big points with American viewers by covering both men’s semifinals live in all time zones, thereby reducing NBC’s negative impact on the event and showing that the young network has the best interests of its audience in mind.

Now, Tennis Channel is trying to build on that moment. The company signed a deal with NeuLion on Tuesday to expand the availability and reach of its streaming services.

The deal, agreed to on Tuesday, extends an original agreement between the two parties which gave rise to Tennis Channel Plus, the streaming service TC depends on to supplement its live television coverage of tennis throughout the year, especially at the French Open. TC’s coverage of Roland Garros was powered by NeuLion’s digital platform, so on the heels of a strong two weeks in Paris — a fortnight which bolstered TC’s reputation as a viewer-friendly tennis network — it’s clear that Tennis Channel wants to enhance its relationship with NeuLion to an even greater extent. Beefing up its streaming infrastructure is a clear priority, and that seems like a smart thing to do.

What’s especially enlightened about this move is the timing of the deal, even more than its substance. American tennis fans deeply appreciate what TC did in making the Novak Djokovic-Andy Murray Roland Garros semifinal available throughout the country. Years and years of NBC tape-delaying the second French Open men’s semifinal to non-Eastern time zones wore on viewers. The presence of a live second semifinal was manna in the desert. For Tennis Channel to pounce in the weeks after the French Open makes complete sense.

It’s the bigger picture which is a lot more cloudy for the network, and this is where the discussion of Tennis Channel’s identity comes to the forefront.

As Awful Announcing’s Ken Fang reported at Fang’s Bites a month ago, Tennis Channel is now locked outside the candy store at the U.S. Open. ESPN asked for a sublicensing fee that TC was unwilling to pay. The result is that Tennis Channel won’t show any live U.S. Open tennis this year or in the near future, a departure from past years. TC is therefore out of the live-TV game at both the Open and Wimbledon, the two most anticipated tennis tournaments of the year for American viewers.

Given that Tennis Channel made such a commitment to the French Open — specifically shown by its ability to cover the second semifinal live in all time zones — it’s not hard to conclude that TC’s aspirations as a tennis broadcaster have been frustrated and thwarted here. Tennis Channel wanted to have more of a live-TV presence at the majors, especially the ones Americans care about most. However, with ESPN controlling 100 percent of those two tournaments, Tennis Channel’s prestige has certainly taken a hit. Having a foot in the door at the Australian Open — where it does show some live tennis in an arrangement with primary rightsholder ESPN — is something. Being the lead broadcaster for the Indian Wells and Miami tournaments in March and early April is nothing to sneeze at. However, being pushed aside at Wimbledon and the U.S. Open clearly hurts Tennis Channel. That can’t be denied.

Now begins a new and urgent chapter in the company’s history, one it’s trying to write with an optimistic tone thanks to this deal with NeuLion.

The heart of the matter is best expressed by a comparison to the other specific network for a solo-athlete sport:

Golf Channel, as much as it might be a trusted outlet for diehard golf fans, has been largely peripheral to the coverage of golf’s major tournaments over the past several years. NBC and Golf Channel have partnered at times, but NBC has consistently covered no more than one of the year’s four majors, plus the Ryder Cup. With CBS carrying two majors and ABC covering the British Open (soon to give way to NBC, with FOX now having the U.S. Open), Golf Channel’s ability to get inside the ropes for the golf majors is still very limited.

Tennis Channel, as much as it feel stung by its exclusion from live coverage at Wimbledon and the U.S. Open, can take heart in the fact that it has been much more central to the coverage of tennis majors than Golf Channel has, at least in recent years. Moreover, whereas broadcast networks CBS and NBC are still the central outlets for high-profile PGA Tour events throughout the year, Tennis Channel — not any broadcast network, and not even ESPN — is the main American TV source for broadcasts of tennis tournaments from January through November.

TC is the main nerve center for American tennis fans during the vast majority of the tennis season. Golf Channel doesn’t match this centrality, and it’s not particularly close, either. Tennis Channel can continue to win viewers — and trust — by continuing its agile and effective “Center Court” whiparound coverage of tennis weekends, when multiple ATP 500 tournaments and WTA Premier events reach the semifinal and championship rounds. If the work on the TV side is supplemented by a more robust streaming service — one that’s more dependable in terms of both technological performance and contractual availability — Tennis Channel could gain more revenue. In several years, it might have more resources with which to re-enter the live tennis business at more major tournaments.

In many ways, this extended deal with NeuLion puts Tennis Channel in a complicated situation that could be viewed in two fundamentally different ways. The positive view is that TC is expanding and reaffirming commitments to tennis fans who want streaming availability throughout the year. The negative view is that for all TC has accomplished, its uneasy French Open relationship with NBC and ESPN continues to place limits on that very same streaming availability, a problem heightened by the fact that TC is out of the live tennis business at the two tournaments — Wimbledon and the U.S. Open — American viewers care most about.

No company wants to face the reality of limitations, but the fortress ESPN has built around Wimbledon and the U.S. Open will certainly place limitations on Tennis Channel in a number of ways. By shoring up everything outside SW19 and New York, TC is doing its reasonable best under the circumstances. Ultimately, Tennis Channel needs to be patient. It needs to weather the storm in the short term and see if, a few years from now, it will have a stronger relationship with stream-searching American tennis fans… and the revenue with which to carry more leverage to the bargaining table in negotiations for live-TV rights at major tournaments.

Matt Zemek is the managing editor of The Student Section, covering college football and basketball with associate editors Terry Johnson and Bart Doan. Mr. Zemek is the editor of Crossover Chronicles, covering the NBA. He is also Bloguin's lead tennis writer, covering the major tournaments. He contributes to other Bloguin sites, such as The AP Party.