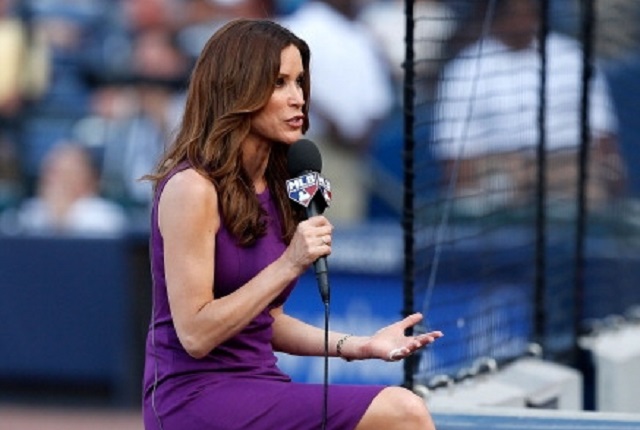 If you were watching Thursday night’s telecast of the Mets-Dodgers NLDS Game 5 on TBS, you were probably curious what was going on in the Dodgers’ dugout when cameras caught this tense exchange between manager Don Mattingly and outfielder Andre Ethier in the bottom of the third inning.

Meanwhile, in the #Dodgers dugout… https://t.co/sceoieBs0w

Pardon the overused phrase, but that was not a good look. It appeared that player and manager were having a serious disagreement over something, with Ethier continuing to yell at Mattingly after the manager had walked back to his end of the dugout. What could possibly have triggered that blow-up? Though the TBS announcing crew didn’t say much about what was being shown, analyst Ron Darling at least acknowledged the obvious, that something was going on.

Speculation quickly theorized that Ethier was upset with Mattingly for asking him to bunt Justin Turner over to third base, following a leadoff double. That seemed to make sense. Why not let Ethier swing away with Turner already in scoring position and potentially add to the Dodgers’ 2-1 lead? Why give away an out? The visuals certainly seemed to feed into the perception that Mattingly ultimately doesn’t have the respect of his players — or at least certain players — as a manager.

So when TBS went to an interview conducted between innings by Sam Ryan in the Dodgers dugout with Mattingly, the assumption was that Ryan would ask Mattingly what happened. It was perfect timing, and Ryan appeared to be on the scene at just the right moment. Then she proceeded to ask the Dodgers manager how he thought Zack Greinke was pitching, what he thought of the game so far — nothing particularly hard-hitting, which is usually the case in these interviews.

But she didn’t ask Mattingly about what TBS cameras had caught and just shown the audience. How could that not be brought up? Did Ryan not know what had occurred? If so, why wasn’t a producer in her ear, telling her what was seen and making sure she asked Mattingly about it? It was a huge swing and a miss.

How could Ryan and TBS not acknowledge what cameras had shown and give some answers to the viewing audience which surely had questions? Was the interview taped in advance? Did Mattingly say that he wouldn’t talk about what happened in the dugout before the cameras turned on? If that limit wasn’t established, Ryan had to at least ask the question, even if she suspected Mattingly wouldn’t answer. Otherwise, why have a reporter in the dugout to begin with?

There had to be an explanation, right? Newsday‘s Neil Best seemed to provide one shortly after the interview aired:

.@SamRyanMLB interview with Don Mattingly was recorded before spat with Ethier. Hence lack of questions about that. — Neil Best (@sportswatch) October 16, 2015

Well, OK. So that was indeed the case; the interview was taped before Mattingly and Ethier had their dugout spat. Still, it might have been nice for Ernie Johnson to mention that right after the interview ran, as viewers were surely wondering why the argument hadn’t been addressed. But maybe he hadn’t heard anything about that. However, Cal Ripken brought up what we had all seen when Ethier came up to bat again in the fifth, saying “We’re still guessing what that argument was all about.” If only TBS had some resources to get some answers…

Just got corrected info on what I was told earlier. @SamRyanMLB did record Mattingly interview shortly AFTER Ethier spat. I am sorry.

So now this looked bad. It made Ryan — a veteran of nearly 20 years of TV reporting — look bad. It made TBS look bad. It feeds into the worst criticisms of sideline reporters and television broadcasts that are in partnership with the games and sports leagues they cover. Sideline reporters often get a bad rap for not providing useful information to a broadcast and asking soft questions. This was the worst example of that.

Reporters asked Ethier and Mattingly about the argument after the Dodgers’ 3-2 loss to the Mets. According to the manager (via the L.A. Times‘ Steve Dilbeck), Ethier was mad about a called strike call was yelling at home plate umpire Gary Cederstrom about it, and the dugout dispute stemmed from Mattingly trying to keep his player from getting ejected from the game.

Ethier didn’t have much patience for questions about the argument, surely because the Dodgers had lost and were eliminated from the postseason. “Did that have a bearing on this game, whether we won or lost?” he said. “It didn’t. The point is we lost the game. Don’t dwell on things that didn’t have a difference in the game, on whether we won or lost that game. Me and Donnie didn’t make it out to be anything, so you don’t.”

OK, Ethier is right. The argument and what transpired didn’t matter after the game. It mattered when it happened between the third and fourth inning, when Ryan was right there in the dugout to ask Mattingly about it. For both reporter and production team to not be on top of the situation was an embarrassing oversight.