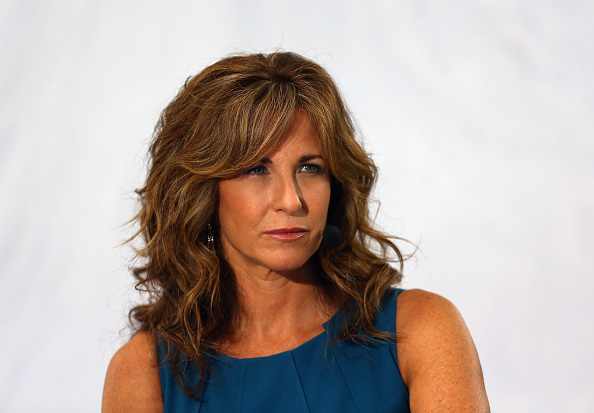 It’s been a rather painful time in Bristol, CT at the ESPN World Headquarters. With as many as 350 people losing their jobs this week, some dating back to the origins of the network, one can imagine that the mood among those still working at the Worldwide Leader is hardly joyful.

Asides from ESPN president John Skipper’s statement to employees acknowledging the layoffs, we haven’t heard anything from inside the company. That is until now. At the end of Friday’s NFL Insiders, Suzy Kolber saluted all of the men and women who were laid off.

Kudos to Suzy Kolber for this. Very rare in the media business to recognize media layoffs. #ESPN @richarddeitsch pic.twitter.com/tzaAOyeA55

“Before we go here, you know, we always relay when we talk about when a coach is being fired and players being cut is that the NFL is a business. Well bringing the viewers to sports also is a lot of fun, but we were reminded this week that it’s also a business. So we just want to acknowledge the 300 or so people that really were the fabric of this place at ESPN. We want to acknowledge their contribution, what a great job …. say thank you and you will be missed.”

Really nice of Kolber to pay tribute to those who were forced out by management this week. But it’s interesting to note that the employees of Grantland were not allowed to mention those who left the site voluntarily earlier this month.

Some tough days at ESPN and it’s going to get tougher as network will have to do more with less going forward.