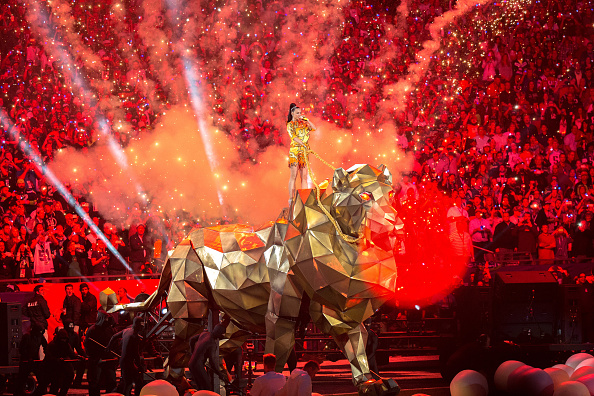 Each and every year Super Bowl Sunday is the biggest event in the history of the known universe.  The game draws the largest television audience in America and we’re equally glued to the commercials, the halftime show, and then there’s actually the game itself.  It’s also the best night of the year to be on Twitter.  Here were some of the best and funniest and snarkiest tweets to recap Super Bowl XLIX.

Early on there wasn’t much scoring as Tom Brady threw a rare red zone INT that had everyone thinking of other quarterbacks who were not in the Super Bowl and are most definitely not Tom Brady.

Tom Brady just went all Jay Cutler in the red zone. That was incredible. #SuperBowlXLIX

My Bengals aren't in the Superbowl but that was a great impression of Andy Dalton by Tom Brady there. #redzonepick

With the early turnover and the Seahawks sputtering on offense, you could say that Super Bowl XLIX was struggling to come to life.  We found out why early in the second quarter.  Nationwide killed it.  The insurance company decided to spend its millions in Super Bowl advertising on maybe the most depressing 30 seconds ever aired on national television.

The Seahawks haven't completed a pass but on the plus side I haven't killed any of my kids. #Nationwide

At least we now have an idea for #Serial podcast Season 2: How did the Nationwide kid really die, and who's responsible? #JayDidIt

A parade.
Children, laughing.
Two teenagers on a first date.
Sorry, but the world actually perished in a senseless nuclear war.
Nationwide.

HI WE'RE NATIONWIDE BUY OUR INSURANCE OR YOUR KIDS WILL DIE

Finally both teams hit the scoreboard and traded TDs in a scoring burst as halftime approached.  Brandon LaFell was the first player to score followed by Marshawn Lynch and Rob Gronkowski.  Oh, and people were still making fun of Nationwide.  But maybe the biggest travesty of them all was that we didn’t get a clean look from NBC on whether Lynch subtlely did his trademark crotch grab celebration or a live shot of the Gronk spike.

I want Marshawn Lynch to be MVP so I can go witness the most awkward press conference in NFL history tomorrow morning.

A linebacker covering Gronkowski is a Nationwide commercial waiting to happen.

HOW DO YOU CUT AWAY FROM THE GRONK SPIKE, NBC? YOU HAD ALL SEASON TO BE READY FOR IT!

Then there was unheralded Seahawks WR Chris Matthews, who emerged as the unlikeliest of first half heroes with a TD catch right before the break.  ESPN’s Bob Ley won the night in the political humor category with this humorous tweet tying the Seahawks’ unlikely MVP candidate to the boorish MSNBC host of the same name.

That catch gave me a tingle up my leg. #CMatthews

And then there was the fantastic Cardale Jones comparison.

14-14 after 30 minutes.  At halftime it was Katy Perry’s turn.  I’m not sure any words could do her trippy, clearly-Bill-Walton-inspired halftime performance justice, but these are at least worth the attempt.  Anytime you can make a Bam Bam Bigelow reference to pop culture, it’s a great day…

Distinct possibility that the shark on the left was Lt. Frank Drebinhttps://t.co/MvYNbFFfT2

Only way a Lion makes a Super Bowl. RT @DanWetzel: Patriots taking the field but their sideline currently has an enormous gold lion on it.

Seattle dominated the third quarter to take a 24-14 lead, and the highlight was something that NBC did not want America or its youth to see.  Seahawks WR Doug Baldwin performed maybe the most bizarre Super Bowl TD celebration of all-time when he either A) channeled his inner Randy Moss and mooned the crowd for some reason or B) simulated taking a poop with the football.  Protect the shield!!!

We added the obligatory audio to Poop Touchdown: http://t.co/7wc4fsBzwJ https://t.co/ryizSn0UVD

Down 24-14 in the fourth quarter, it wasn’t looking good for the Patriots as their highlight might have been Tom Brady’s guest spot in the Ted 2 commercial.

But the Pats made their comeback and took the lead with just over 2 minutes remaining on a TD pass from Brady to Julian Edelman.  28-24 New England.

And then, two of the most improbable plays in Super Bowl history.  First, Jermaine Kearse’s catch that was part Lynn Swann, part Antonio Freeman, and part David Tyree.  Let’s just say it produced lots of caps and lots of swearing.

Alternatively, the “Kearse OMG” search on Twitter is great to travel back in time to those five or so minutes when we all thought Seattle was destined to win the Super Bowl.

With the ball on the 1 yard line and Seattle just needing to punch it in for their second consecutive title, it looked like New England would be felled by another miraculous Super Bowl catch.  Alas, there was one final twist to as Malcolm Butler intercepted Russell Wilson at the goal line to secure the Lombardi Trophy.  It’s a story best told in three Vines…

And thank you Malcom Butler for that https://t.co/ybk7fDPtoY

Alas, it was indeed Tom Brady and the Patriots celebrating once again.  Just whatever you do, keep Gisele and the rest of the family far far away from Nationwide.

Thst Nationwide kid would be going to Disney World right now…but, you know.