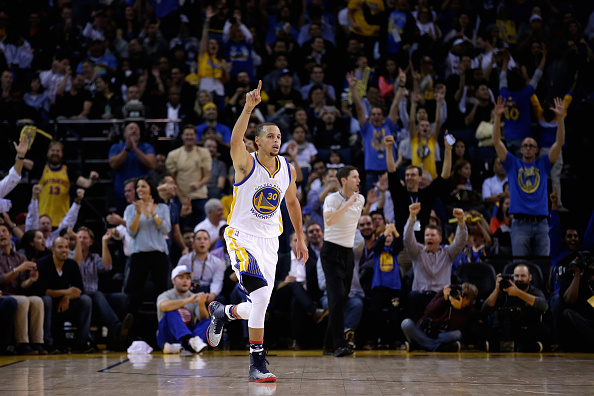 Professional sports represent a bottom-line activity for the teams, players and coaches involved: You either win or you lose.

For NBA broadcast outlets, the first two nights of the new regular season turned out to be unquestioned triumphs, even in the face of the highly-rated World Series.

The numbers tell a powerful story:

On Tuesday’s opening night, TNT scored a 28-percent increase in viewers compared to its 2014 premieres. The doubleheader — featuring the Cleveland Cavaliers and Chicago Bulls in game one, followed by the New Orleans Pelicans and Golden State Warriors in game two — notched an 18-percent increase in the 18-to-49 demographic. Turner also said that live streaming across its “TV Everywhere” platforms garnered a 202-percent increase in unique visits.

On Wednesday, ESPN delivered a 1.7 rating for its doubleheader, up 31 percent compared to 1.3 a year ago. The late game between Kobe Bryant’s Los Angeles Lakers and the Minnesota Timberwolves registered a 1.8, up 50 percent from last year’s Oklahoma City-Portland matchup in an equivalent slot. The early game between the San Antonio Spurs and the Thunder drew a 1.5, up seven percent from last year’s Bulls-Knicks contest.

By any reasonable measurement, these numbers are strong. That they were gained (by TNT) in the face of a World Series with a tense Game 1 says something more about the hunger for the product the NBA is putting forth. It’s true that Game 2 of the World Series wasn’t as close, paving the way for robust viewership of the late game in Los Angeles. Yet, this is still a crowded week on the sports calendar, and both TNT and ESPN did not suffer as the result of a New York team playing in the Fall Classic.

A good starting point for a discussion of the NBA’s impressive ratings is the simple fact that television offers so many more options than it used to. Many sports fans will watch everything (or close to everything, certainly in the major team sports) that they see on television, but for fans who strongly prefer one sport over another, the availability of product means that you can choose to watch Sport A instead of Sport B. There were enough baseball fans to give the World Series a big Game 1 number, but there were also more than enough basketball junkies to give the NBA a strong TNT Tuesday and an almost-as-good ESPN Wednesday.

Baseball certainly reached into a younger demographic by accessing the New York market over the past few days. Plenty of viewers in the 18-34 range might have watched hoops had the Mets not reached the World Series, but with their favorite team playing in our nation’s most historically established sporting event, they picked baseball.

Elsewhere in the country, however, the younger demographic embraces hoops more than baseball, and so that geographical segmentation — combined with the availability of product on more outlets — enabled both the World Series and the NBA to do well.

As said above, however, that’s a starting point for a discussion. The heart of the discussion lies in something more particular to the NBA’s current brand, which is quite robust at the moment.

This is simply a great time to be an NBA watcher. Not only do a lot of star players exist; they display their greatness in dramatically different ways. Consider the centerpiece players in TNT’s Tuesday doubleheader. LeBron James, Anthony Davis, and Stephen Curry are three very different flavors of wonderful, three distinct portraits of how to excel at basketball in a dazzling way. Chicago’s Derrick Rose — due to injuries, not to a decrease in basketball IQ or anything which could be laid at his feet — is no longer a superstar in the same breath as Bron, Unibrow or Steph, but he’s still a special player, and with the Cubs not in the World Series, Chicagoans welcomed the NBA without any competition on Tuesday. TNT’s numbers can be seen as the product of those three aforementioned stars, plus Chicago and Rose, with a pinch of Fred Hoiberg intrigue thrown in.

For ESPN on Wednesday, the reality of the situation was similar. Game one represented a classic confrontation packed with big names. Oklahoma City has the two biggest names — Kevin Durant and Russell Westbrook — while San Antonio has the best franchise in the NBA and a collective group which owns the utmost respect of hoopheads throughout the country. More than enough basketball lovers exist in this country to give Spurs-Thunder a quality rating in the face of Game 2 of the World Series.

When Mets-Royals became a blowout, the stage was set for Timberwolves-Lakers to draw an even bigger number in the 10:30 Eastern slot on ESPN.

This could be the last season for Kobe Bryant as an NBA player and a Laker icon. Seeing a generationally great player on his last legs makes for compelling television. When this player performs in Los Angeles, the ratings will only increase. Even though the Lakers are a bad team, seeing Kobe launch shots and interact with the other players on his team (one never knows how those interactions will unfold, but they are always freighted with suspense and an endless supply of possibilities) represents one of the more compelling visuals in the early stages of this NBA season.

The Timberwolves — with overall No. 1 draft pick Karl-Anthony Towns; former No. 1 overall pick Andrew Wiggins; Kevin Garnett; and the sadness of knowing that coach Flip Saunders died on Sunday at age 60 — represented an opponent which drew the sustained attention of basketball diehards on Wednesday night. The mixture of diehards and casuals was enough to give ESPN a higher rating than Spurs-Thunder, especially when the Royals took a commanding lead over the Mets.

No team sport magnifies the individual star the way basketball does. Baseball magnifies starting pitchers… but only once every four or five days. Power hitters can go on a tear, but they can also be intentionally walked, and they might also come up to bat with nobody on and two out. Hockey’s stars still have to go off the ice on a consistent basis. Football shines a bright spotlight on quarterbacks, but they are only as good as their receivers and offensive line.

Basketball has the smallest contained playing surface of the major pro sports. The stars are in the game more consistently than in the other sports. They are supremely visible — they don’t wear helmets or masks. They have fewer teammates on the playing surface at the same time. Basketball is star-driven to an extent other sports don’t quite match on a number of levels.

When the NBA owns a large quantity of stars, and those players arrive at their stardom in such different ways (LeBron, Davis, Curry, Durant, Westbrook, and even past-his-prime Kobe), it’s hard not to be pulled in…

… even if the World Series is going on.