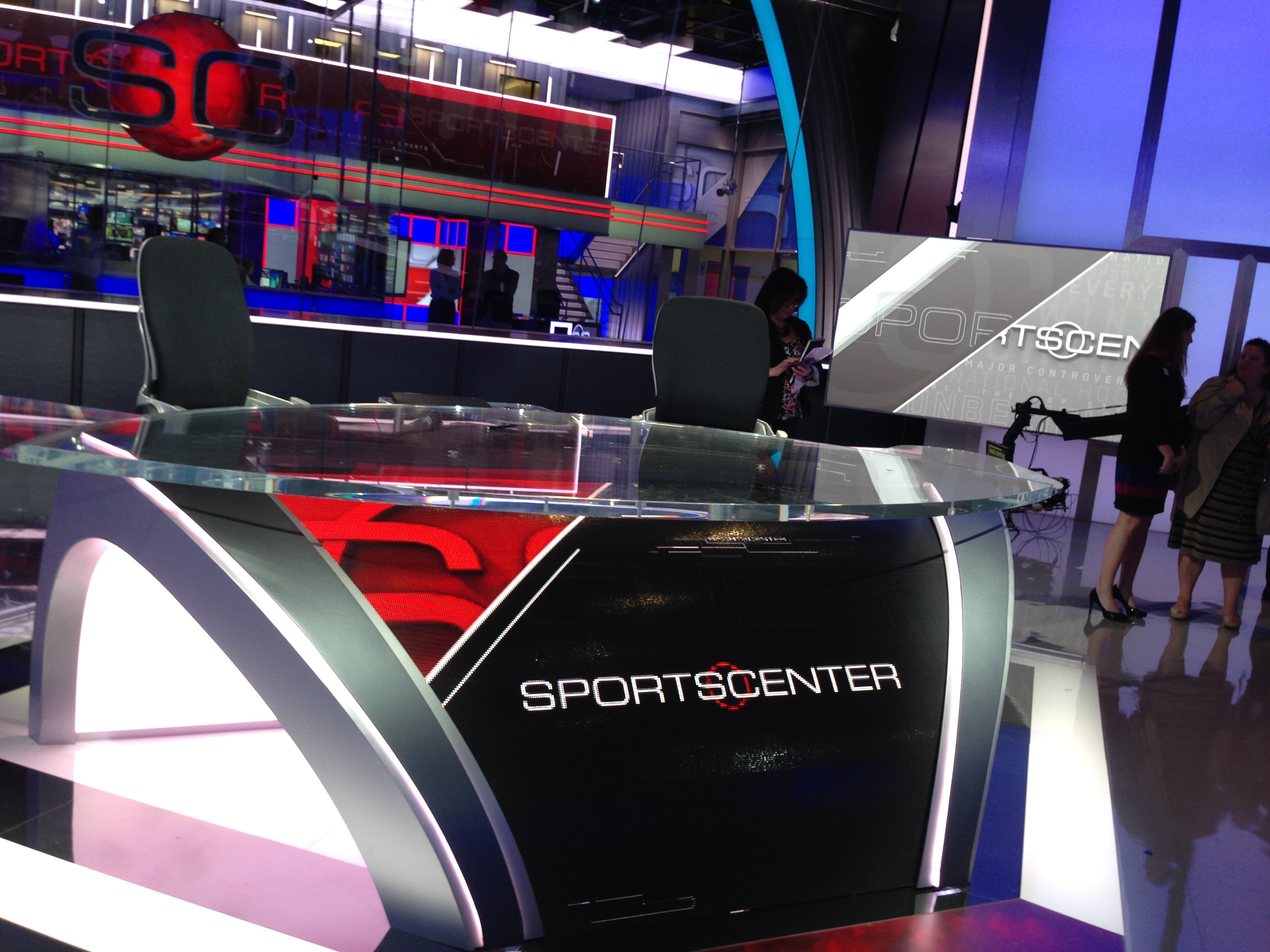 We needle ESPN for their celebrity obsession at times, especially in the sports world.  But this time, ESPN is moving beyond sports to the entertainment industry to team up with two of Hollywood’s most notable figures for new short film series. ESPN will be working with Spike Lee and Eva Longoria on two new ESPN Films initiatives.

First, SportsCenter will be debuting a new feature called “Friday Night Movie Night” airing films with Lee’s imprimatur.  The debut is about Ray Allen while other subjects in the series include Oscar Robertson and David Robinson.  From a network release:

ESPN today announced that SportsCenter will debut a new weekly segment beginning Friday, Feb. 6, titled “Friday Night Movie Night,” in which a short film from one of ESPN Films’ popular documentary series will air in the 6 p.m. ET hour each Friday. The weekly presentation will showcase a variety of shorts over time, most of which will be making their TV or world premiere.

“We’re thrilled to provide a showcase for these fantastic films, and we’re confident that fans will be dazzled by the ingenuity and insight in every story,” said Rob King, Senior VP, SportsCenter and News.

Kicking off “Friday Night Movie Night” will be “Ray Allen/AKA-Jesus Shuttlesworth,” the first short from a new collection of films executive produced by Spike Lee. The series, Spike Lee’s Lil’ Joints, will showcase narratives that are personally curated by Lee, with the majority revolving around African-American stories that are not widely known. Bringing these unique sports tales to life is a roster of up-and-coming as well as renowned filmmakers Lee assembled. Each short will be preceded by an introduction from Lee.

Secondly, Longoria’s project will also feature short films to air Fridays on SportsCenter this spring.  It’s entitled “Versus” and will focus on inspirational tales from the sports world.  ESPN must be fond of the idea because they’ve agreed to two seasons.  From a separate presser on a very busy day for the ESPN Films PR department:

ESPN Films today announced a new documentary short series, Versus, that will explore moments of inspiration, when the world of sports transcended the action on the field. The series will be executive produced by Eva Longoria who is also the director of the first short, “Go, Sebastian, Go!” that will kick off the series in May. Other directors will include: Retta (Parks and Recreations), Ricardo Chavira (Desperate Housewives) and Melissa Johnson (director, Nine for IX Shorts’“Brittney Griner: Lifesize”).

“There are so many moments from the world of sports that represent a broad cultural theme while at the same time, focus on a uniquely human story,” said Longoria. “I’m excited to be working with ESPN Films, along with a variety of talented filmmakers, to tell these stories of courage and perseverance.”

Versus will consist of five films that will premiere monthly from May through September. Each film will premiere on a Friday episode of SportsCenter followed by a tiered rollout to the SportsCenterapp and additional digital platforms, including ESPN.com, Twitter, Facebook and others. There will be a second season of Versus in 2016.

If I can channel my inner Darren Rovell for a moment, SportsCenter and ESPN as a whole are very high on name and brand recognition.  That said, having Spike Lee and Eva Longoria on board are going to give these films plenty of promotion on SportsCenter and beyond to ESPN’s infinite number of platforms.  30 for 30 shorts have been a nice feature at Grantland so it’s encouraging to see the medium move to television.  And, it’s a decent idea for an occasional appearance on SportsCenter a la the SC Featured and My Wish series, especially on a Friday night.